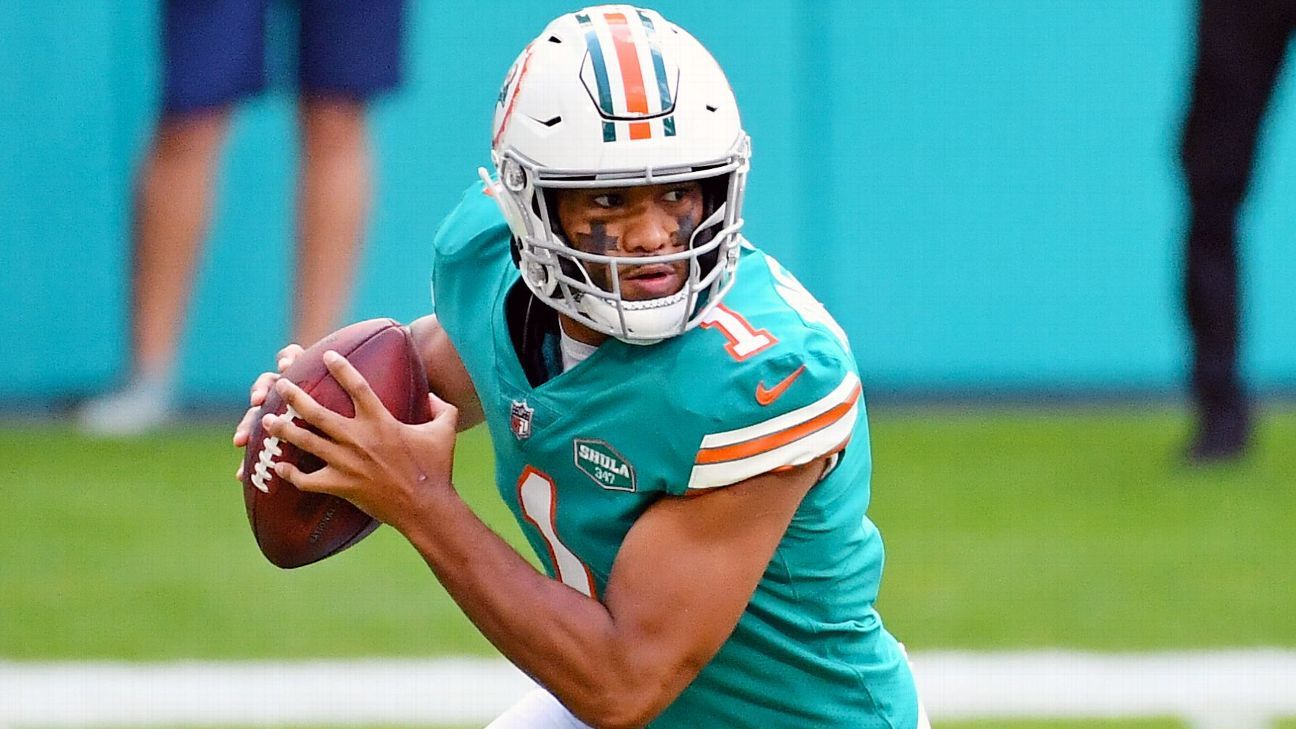 DAVI, Florida – The Miami Dolphins continued their pursuit out of season to build around quarterback Tua Tagovailoa as they hired offensive center coordinator Charlie Fry in central Michigan as their new coach on Saturday.

Fry was a key assistant working with Tagovailoa during the Elite 11 QB camp, which helped the young QB invade the national scene. Nodding how valuable the experience was to him, Tagovailoa later hired Elite 11 head coach Trent Dilfer as his personal trainer during his preliminary NFL project.

Fry will replace quarterback coach Robbie Brown, who is absent, although he has time left on the contract. Brown becomes the third known offensive assistant to leave, joining Chan Gail, who resigned as offensive co-ordinator earlier this month, and offensive line coach Steve Marshall, who is also out, although he still has time for his contract.

Brown and Marshall were hired by the Dolphins after Gail assured them.

Narrow-minded coach George Godsey took on the responsibilities of a quarterback coach in the second half of the season – an early sign that the Dolphins are ready to change position.

Miami continues to build around Tagovailoa, who is coming out of the rookie’s unequal season, but has received strong public support from coach Brian Flores and general manager Chris Greer in recent weeks amid speculation and criticism.

Fry’s move is another example of a team trying to put Tagovailoa in a comfortable situation by entering 2nd year.

Fry, 39, spent five years as an NFL quarterback, mostly with the Cleveland Browns. He has spent the last two seasons as an offensive coordinator in Central Michigan and a QB coach.

The Dolphins, who are coaching the Senior Bowl this week, have not yet officially named an offensive coordinator and may not be hired before returning from Mobile, Alabama.

Indoor sports approved throughout California in the village

The Detroit Lions told CB Desmond Trufant that he would be released, a source said