Microbial marriage, reminiscent of the evolution of mitochondria 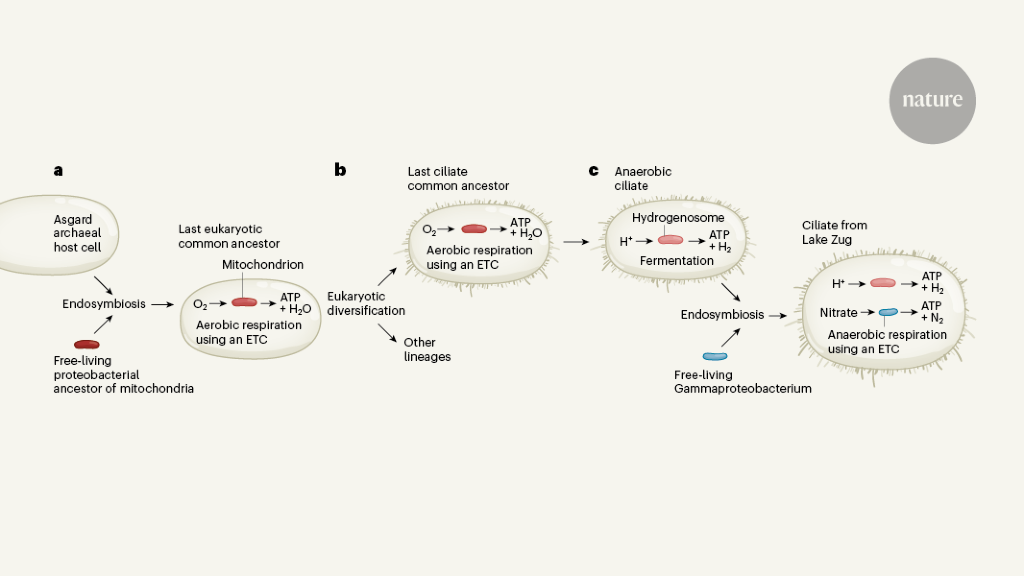 In the vast variety of microbial life, there are many examples of symbiosis – a process in which different organisms maintain a stable relationship with each other. Such interactions usually offer some form of benefit to one or more of the organisms involved. Writing in Nature, Count and others.1 reported the discovery of an intriguing example of symbiosis between microorganisms. This discovery may shed light on the types of processes that led to the evolution of mitochondria, the energy organelles found in eukaryotic cells (those containing a nucleus).

In some cases, symbiotic partners can be integrated in such a way that one partner is taken into the cell of the other partner through a process called endosymbiosis (Fig. 1). Endosymbiotic interactions allow for key transitions throughout the history of life on Earth. A major example of this is thought to be the interaction that gave rise to the first eukaryotic cell. This ancestor eukaryote was probably formed by endosymbiosis, in which a host cell belonging to a group of single-celled organisms called Asgard archaea2,,3 has taken the form of a bacterial cell belonging to the species Proteobacteria4. Mitochondria in eukaryotic cells are thought to be direct descendants of these once free-living proteobacterial endosymbionts.

Graf and colleagues describe an intriguing bacterial endosymbiont that they found living in an eyelash, a type of eukaryote, a single-celled microbe. Although associations between these species are not uncommon, this particular case has some of the hallmarks of the mitochondrial endosymbiosis. This involves the production of energy in the form of ATP molecules through the process of generating energy known as respiration. This process is also related to a mechanism by which ATP can be exported by the endosymbiont to provide energy to the host.

The environmental conditions and atmospheric composition of the Earth today differ significantly from those that existed when life first appeared on this planet more than four billion years ago. During what is known as the Great Oxidation Event, about 2.1 billion years ago5, oxygen accumulated in the atmosphere and ocean waters, a development that was of great importance for the course of life on Earth. Oxygen is toxic to most organisms that thrive in an environment devoid of it. However, some microorganisms have learned to use the chemical properties of oxygen, using it as an electronic acceptor in energy-generating pathways. This type of oxygen-dependent process, called aerobic respiration, is much more energy efficient than fermentation, a form of oxygen-independent energy metabolism of ancient origin that allows many anaerobic organisms to survive without oxygen. 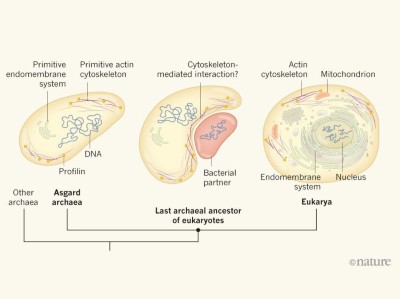 Eukaryotic cells probably originated sometime after the Great Oxidation Event6, and their ability to perform aerobic respiration is acquired through the mitochondrial endosymbiont. The capacity for efficient energy production is thought to have provided selective advantages during eukaryotic evolution, although the exact contribution to the emergence of cellular complexity, e.g.7.

Current evidence6 shows that the early evolution and diversification of eukaryotes occurred under conditions in which oxygen was present. However, some groups of eukaryotes thrive in an oxygen-deprived environment. These anaerobic eukaryotes are thought to have evolved from aerobic ancestors carrying mitochondria.

In the absence of oxygen, anaerobic eukaryotes use a fermentation-based metabolism that subjects them to stricter energy regimes than those of aerobic eukaryotes. This type of metabolism occurs in different types of anaerobic eukaryotes and is associated with the evolution of mitochondria into organelles called hydrogenosomes.8. All hydrogenosomes have lost some of their mitochondrial aerobic pathways and generate hydrogen rather than carbon dioxide and water as the end product of their energy-generating pathways. Ciliates are extremely effective in adapting to an oxygen-depleted environment, and mitochondria to hydrogenosomal transitions have occurred independently several times in this group of organisms.9.

Graf and colleagues studied an anaerobic lash belonging to the class Plagiopylea found in the deepest layers of Lake Zug in Switzerland. This environment lacks oxygen and contains relatively high levels of nitrates. Initial microscopic evaluation revealed that these cilia usually had a bacterial endosymbiont (belonging to the class Gamma Proteobacteria) rather than an archaean endosymbiont that produces methane, the more typical type of endosymbiont present in anaerobic cilia. 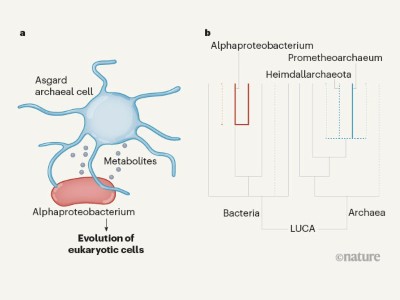 DNA sequencing data for lake water samples revealed the presence of genes indicating that ciliated cells have hydrogenosomes. In addition, sequencing data show that bacterial endosymbionts have an electron transport chain, a collection of respiratory protein complexes that allow energy to be produced through a process called oxidative phosphorylation. Count and others. suggest that the electron acceptor in this chain is nitrate and not oxygen used by aerobic organisms. Consistent with this model, the authors report that denitrification levels (the microbial process that converts nitrate to nitrogen) are higher in lake water samples with cilia than in those removed from cilia.

The genome of the endosymbiont identified by Graf and colleagues is significantly smaller than the genomes of most endosymbionts of microbial eukaryotes containing only 310 genes encoding proteins. Among them, the authors identified a gene that encodes a potential transport protein for ATP, which they believe is used to export ATP from the endosymbiont to its host, allowing lashes to use the endosymbiont to produce energy by “breathing” nitrate. This finding is a unique example of an endosymbiont that has contributed to the ability to breathe (albeit using nitrate instead of oxygen as an electronic acceptor) for a eukaryote that ostensibly retains organelles of mitochondrial origin (hydrogenosomes) – whose ancient versions once performed respiratory functions.

Interestingly, several parallels can be drawn between the cell partnership discovered by Graf and colleagues and the evolution of mitochondria in eukaryotes. In both cases, respiratory capacity is acquired by an anaerobic host cell through metabolic integration of a proteobacterial endosymbiont, and mechanisms of energy exchange between the symbiont and the host cell can be identified. In addition, there is a significant reduction in the endosymbiotic genome, although the mitochondrial genomes are usually either much smaller than the endosymbiotic genome observed by Graf and colleagues, or are completely lost (as is the case with several hydrogenosomes).10).

Despite these fascinating similarities, there are also significant differences. Mitochondrial endosymbiosis is a much older event involving an archaeological host cell rather than a modern eukaryotic cell. Mitochondria, even if they are now reduced from their original form, or even lost by some of today’s eukaryotes11., became an integral part of eukaryotic cells. Genes inherited from the original mitochondrial endosymbiont are often redirected to the nuclear genome, and some of the proteins encoded by these genes assume different functions throughout the cell. Such a level of integration is unlikely for the studied bacterial cilia endosymbionts.

Nevertheless, it would be interesting to investigate whether there has been a shift or redirection of genes between the host and the endosymbiont and to what extent typical mitochondrial function, such as ATP production, has been replaced or retained in ciliary hydrogensomes. Evidence that the ATP transporter identified by Graf and colleagues may export ATP to the ciliary receiver would help to confirm the proposed symbiotic interaction. Further discovery and study of such surprising symbiotic interactions in poorly studied parts of the microbial world is certainly an exciting prospect for the future.