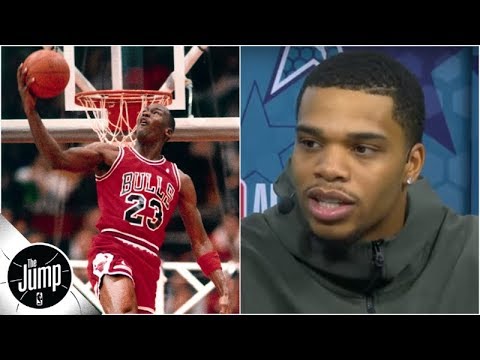 The former star of Seattle Storm and current Denver Nuggets Sue Bird frontman and rookie Charlotte Hornets and Slam Dunk Miles Bridges participant join Rachel Nichols and Scotty Pippen from The Jump to play "Make or Miss," where they talk about Charles Barkley's appearance on Pardon the Interruption, Kobe Bryant's unbelievable immersion from Terrence Ross in Magic vs. Hornets, Russell Westbrook's latest outfit in front of Thunder vs. Pelicans, the new NBA t-shirt and the New York Knicks who win against the Atlanta Hawks that could threaten their tank for Sion Williamson in the NBA drafts for 2019. Then (2:48) discuss the Coaching of the Bird of the NBA Star Game for 201

9 and the tips Brides received for the Immersion race by Hornets' owner and former Chicago Bulls legend Michael Jordan.