Military to investigate the decision to certify the Falcon Heavy Rocket 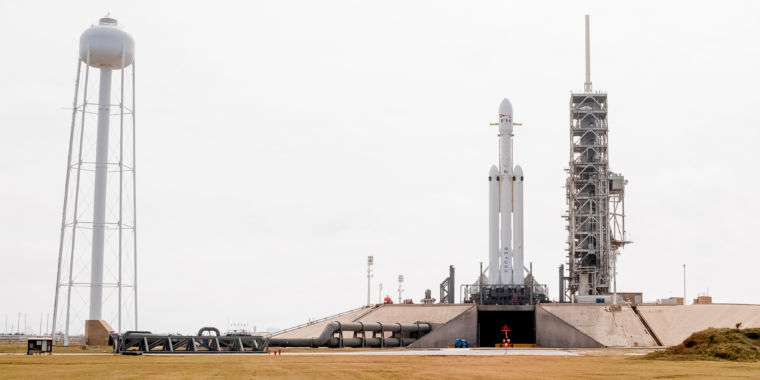 In a memorandum released Monday night, the US Department of Defense's Office of the Inspector General informed the Air Force leadership that it will assess the military's certification of SpaceX's Falcon Heavy for national security missions.

"We plan to begin the subject evaluation in February 201

9," the memorandum states. "Our objective is to determine whether the US Air Force has complied with the Launch Services New Entrant Certification Guide when certifying the launch system design for the Exploited Extensible Launch Vehicle Class SpaceX Falcon 9 and Falcon Heavy Launch Vehicles."

The Memorandum does not not to explain why the inspector believes such an assessment is necessary. Signed by Deputy Inspector General Michael Roark, the memorandum only states that the assessment will take place at the Space and Missile Systems Center, which is headquartered at Los Angeles Air Force Base in El Segundo, California.

The Air Force certified the Falcon Heavy Rocket in June 2018, after the company's initial flight of the big booster in February 2018. The Air Force also announced at that time that it had awarded SpaceX a contract to launch the AFSPC-52 satellite, saying the rocket offered the government a "full launch solution for this mission."

Traditionally, the government has required more than one flight to certify and SpaceX and the Air Force agreed on a separate certification process for Falcon Heavy, because at present there is only one US rocket capable of hitting all of the government's desired orbits. (That rocket is the Delta IV Heavy booster, built by the United Launch Alliance. It has a spotless record, but it costs as much as three times the Falcon Heavy.) SpaceX has at least two other missions on its Falcon Heavy Manifesto before AFSPC

Space News reported that Sen. Dianne Feinstein (D-Calif.) And Rep. Ken Calvert (R-Calif.) Wrote to Air Force Secretary Heather Wilson, arguing that the way in which Air Force chose future launch providers created an unfair playing field. Although SpaceX was not mentioned in the letter, the lawmakers suggested the company had a bad deal because, unlike its major competitors, it did not receive Air Force funding when a new round of "Launch Service Agreements" was awarded in October 2018. The lawmakers

As part of that deal, the United Launch Alliance, Northrup Grumman and Blue Origin received more than $ 2.2 billion for the development of their next-generation racquets. SpaceX did not receive an award, probably because the Air Force already had a booster from the company that could meet all its reference orbits – the Falcon Heavy