Ministry of Finance raises sanctions against companies from the Russian oligarch 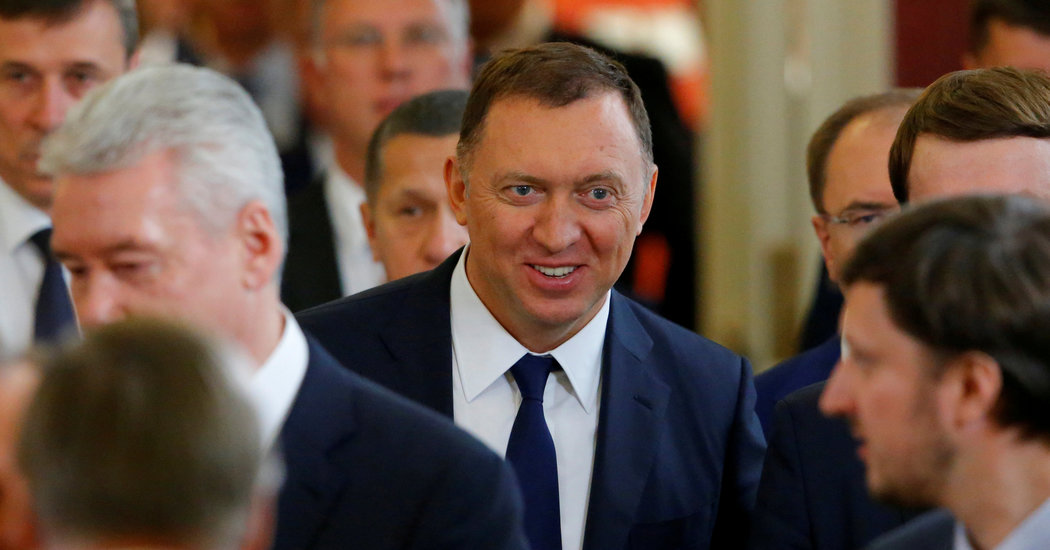 Trump's administration on Sunday lifted sanctions against the business empire of Oleg V. Deripaska, one of Russia's most influential oligarchs.

Congressional Democrats tried to block this move this month by attacking him as surrender to the Kremlin and a key ally of President Vladimir Putin. But they failed to gain sufficient support from the Republicans to impose sanctions.

The Treasury Department announced the sanctions against Deripaska, six other oligarchs and their companies in April, as a vengeance for Russian "malicious activity" around the world.

Most of the sanctions came into force, including personally Mr Deripaska. But their performance has been repeatedly delayed against Deripaska's giant aluminum company, Rusal, as well as two related companies, including EN +, the holding company that owns a large portion of Rusal. Companies funded a complex legal and lobbying campaign, arguing that sanctions would disturb the aluminum market and would harm companies in the United States and the Allies

Steven Munchin, Secretary of the Treasury, was sensitive to this argument. He explained that the purpose of the sanctions was "to change the behavior" of Mr. Deripaska and "not to bring Russal out of business", given the main role of the company as a global supplier of aluminum

Ministry of Finance announced a deal last month to cancel the sanctions in return for restructuring, which he believes will reduce Deripaska's control and ownership of the companies.

But the confidential, legally binding document describing the agreement has shown that Mr Deripaska and his allies will retain the majority ownership of EN +.

Lloyd Doggett, Texas Democrat, who is one of the leading critics of the deal, said that allowing him to enter into force "is just another step in undermining the sanctions law that President Trump has hindered every opportunity until Russian aggression remains unchanged. "

But EN + said in a statement that Sunday's move is" a victory for US sanctions policy, purposeful punishment, but not at the expense of shareholders, employees, and the wider market. "