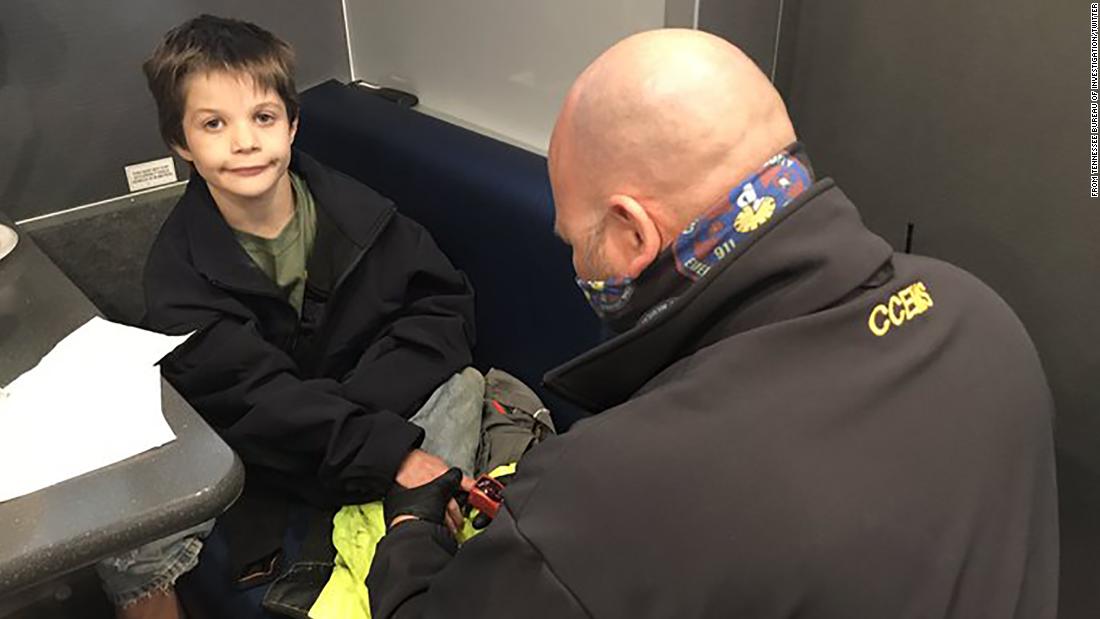 Jordan Gorman was last seen Sunday at home in Ashland City, outside Nashville, Tennessee. After a number of search teams searched the wooded area near his home, Jordan was found about three-quarters of a mile Tuesday afternoon, according to the Tennessee Bureau of Investigation.

“Cold and hungry, but otherwise in a pretty good mood!” said TBI in a tweet.

Rescuers found Jordan under a shelter he created by hanging a tarpaulin he found on a tree. According to officials, he did not have a jacket or shoes when he was found.

“He just knew to stay put and someone would come,” Father Aaron Hutt told CNN, a subsidiary of WSMV.
During his stay outside, temperatures reached 37 degrees, according to the National Weather Service.

Jordan was evaluated by doctors. Police are trying to find out what happened before he disappeared, Chiatam County Sheriff Mike Breedlove said.