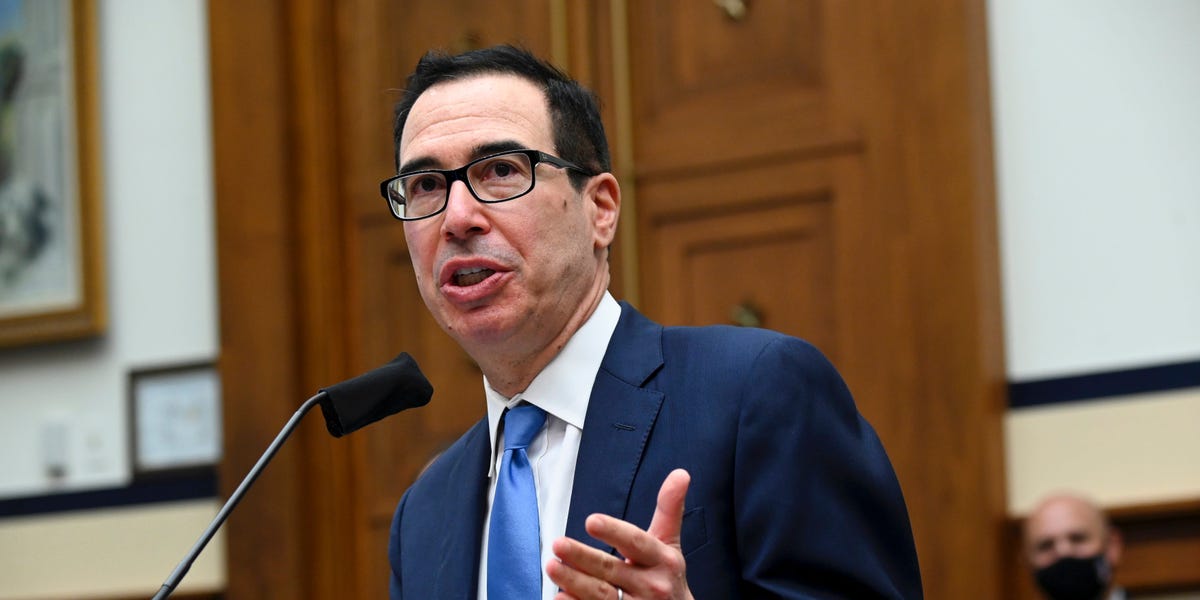 Finance Minister Stephen Mnuchin confused his remarks in an interview Friday, saying the White House was working to spread the coronavirus.

Mnuchin, who appears on CNBC̵

7;s “Squawk on the Street,” probably meant that the White House was working on a vaccine.

CNBC’s David Faber warned that “the next few weeks could be really ugly,” the transcript of the conversation with Mnuchin said.

“Well, we hope not, and you know again that we are working on a mass spread of the virus,” Mnuchin replied.

Earlier in the interview, Mnuchin said the White House was working to achieve “mass distribution of the vaccine.”

“We have two companies that have approved vaccines, they are still in development,” he said. “We will have a mass distribution of vaccines. We have a huge amount of tests, we have ready-made tests that can be done now in 15, 20 minutes with very, very high certainty.”

However, Mnuchin’s wave did not go unnoticed.

The Huffington Post noted that many people began to spread his quote, treating it as a fact and assuming that it was accurate based on the US response to the coronavirus.

About 46 percent of those polled in an Axios-Ipsos poll last month said the U.S. response to the pandemic had worsened. Only 26% said the opposite.

The coronavirus has infected more than 11.9 million Americans, according to data collected by Johns Hopkins University. Of these, more than 254,000 people died from the disease.

The finance ministry did not immediately respond to Business Insider’s request for comment on the Mnuchin wave issue.