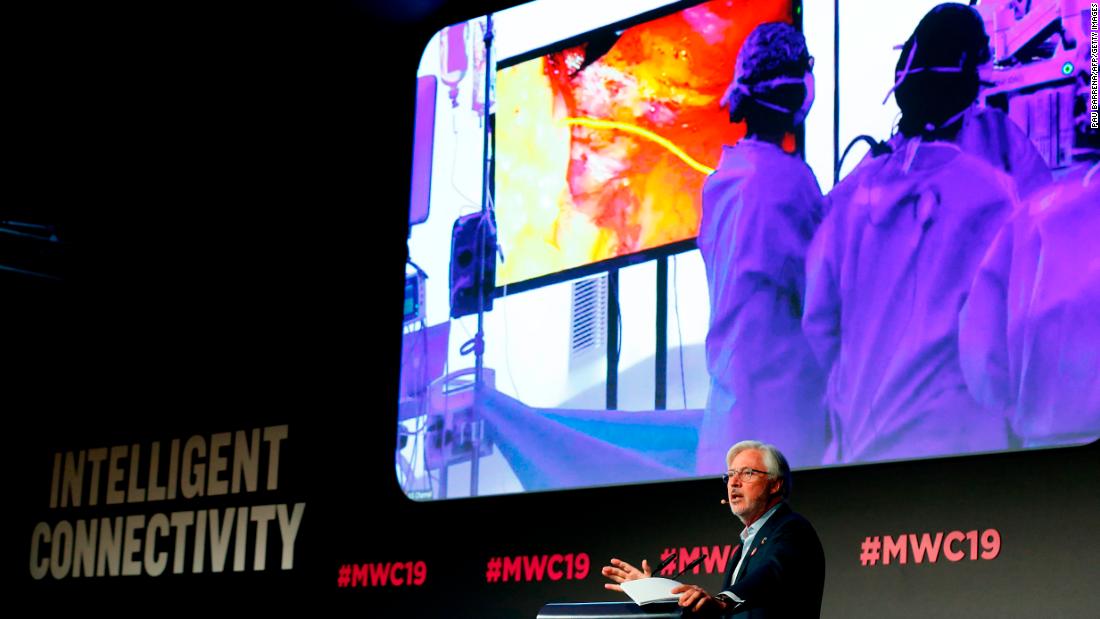 The head of the hospital's gastrointestinal surgery unit used the 5G technology to direct the operation via a live video link.

"If you cut these nerves, the patient will probably have urinary problems, sexual problems, many things," Dr. Antonio Maria de Lacy told a rapt audience at the mobile tech industry event.

De Lacy then used a telestrator to highlight an area of ​​the patient's body with a nervous-rich tissue. "This is the first time that doctors have used a 5G connection to communicate during surgery," he told his team, who could see the mark as they operated. De Lacy did not perform the surgery himself, but he was able to provide instant advice and guidance

De Lacy said that providing real-time help was only possible with a super-fast 5G connection.

"I'm drawing with my hand on this screen, and at the same time on their screen," he said. "Before 5G, we had to freeze the image to draw, but the surgeon is moving on and that's not ideal."

5G can be 100 times faster than 4G, and mobile networks have the potential to power self-driving cars, virtual reality, smart cities and networked robots.

The speed and reliability of 5G means there is virtually zero latency or lag time between devices and the servers they communicate with, making it possible for De Lacy to draw on the screen in

Around 143 million surgeries around the world do not happen every year, because there are not enough expert surgeons. De Lacy said 5G technology could help bring that number down

General surgery resident Romina Pena, who helped perform the surgery at the hospital, said she appreciated having De Lacy available throughout the procedure.

"Regardless of the level of experience of any surgeon, guidance is always welcome," she said.

The audience inside the room was clearly stunned by the drama playing on the screen in high definition.

"I was nervous and a bit worried," said Gang Zhao of the US China Network Corp., who had never been