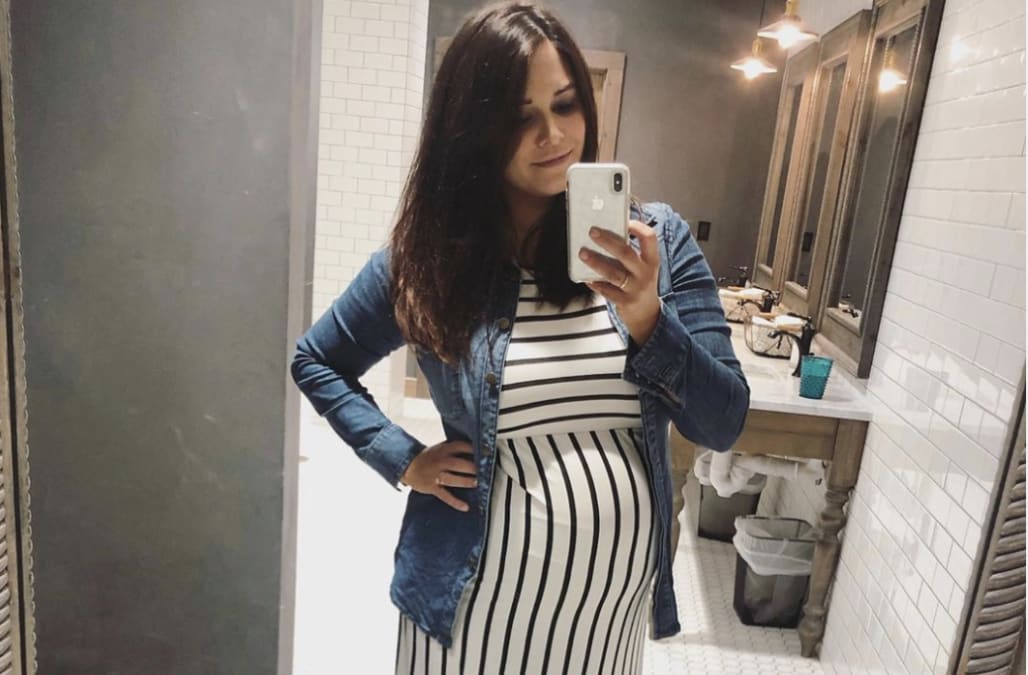 An Oklahoma woman who received a heartbreaking diagnosis just hours before giving birth is now speaking out about her difficult medical journey.

Brooke Taylor, 32, told "Good Morning America" ​​she had a "maternal instinct" that something was wrong during the final weeks of her pregnancy.

It turns out the mom-to-be was right. On July 22, the day she gave birth to her first child, Taylor was diagnosed with Stage 3 breast cancer. Her reaction to the news was cut short, as it was immediately followed by her rushing to the hospital for an emergency C-section.

"I waddled into the bedroom where my husband was and I just let myself cry," Taylor told "Good Morning America" ​​of the moment a doctor called with her diagnosis. "But I didn't cry for very long because my OBGYN called and said, 'How fast can you get here?'"

Taylor had believed something was wrong for a while, bringing up a lump on her breast multiple times during doctor's visits. She was told he might be pregnant-related, until one very insistent OBGYN appointment.

"I actually took off my shirt and said, 'I'm not leaving until you feel this,'" Taylor told "Good Morning America . " "I will never forget the look on her face when she felt the lump. I saw the color drain from her face and she looked at me."

That was 38 weeks into her pregnancy. Taylor was officially diagnosed shortly after, six hours before her daughter, Elsie James, was born without any complications.

"It was a miracle in itself that she was healthy and ready to join the world," Taylor said. "We spent the whole day just kind of in shock and enjoying our new baby."

The new mom began chemotherapy within weeks, bracing herself for 20 weeks of treatment that would be followed by a double mastectomy and radiation. [19659002] Three months into treatment, Taylor now feels like she's settling in and is able to focus on being a mom. For example, she said "Good Morning America," she tries to cope with her constant fatigue by sleeping whenever her daughter does.

"Now that we're in month three, I feel like the shock has finally worn off and I "I'm able to connect with Elsie at the higher maternal level," Taylor said. "

Taylor has also used Instagram as a way to share her journey – both as a cancer patient and a new mom – in hopes of inspiring others. She said she now hears from 10 to 15 women every day on social media, many of whom have similar stories.

In one recent post, Taylor commemorated the end of Breast Cancer Awareness month by sharing a photo of herself during her pregnancy. The 32-year-old told followers she wished she could "go back" to a time before cancer dictated her decision-making. But she also said she wishes she could "savor the moments with my Sasquatch, as I called her, before knowing my body was trying to take me from her," her post read.

Taylor also said "Good Morning America" ​​she's trying to see the coincidence as a positive thing, syncing her cancer milestones with those in her daughter's life. One goal is to have "no more appointments or tests" by Elise's first birthday.

"My doctor said the goal is: at Elsie's fifth birthday I'll be able to fire him," Taylor said.