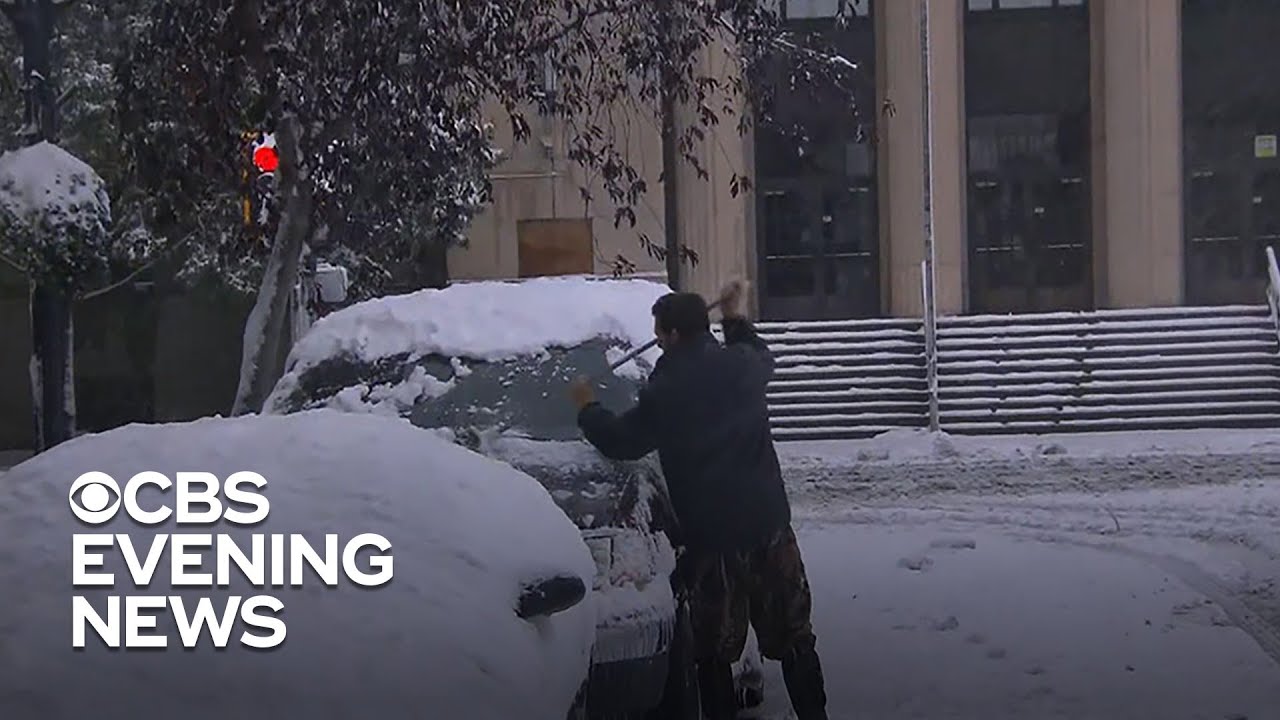 The Montana governor declared a "state of emergency in the winter storm" on Sunday night after the state was flooded with 3 meters of snow. Local warnings have been posted in the region, with trees and power lines wrecked making the trip dangerous. Carter Evans reports.