Months after recovery from COVID-19, millions may suffer from “brain or psychiatric disorders” 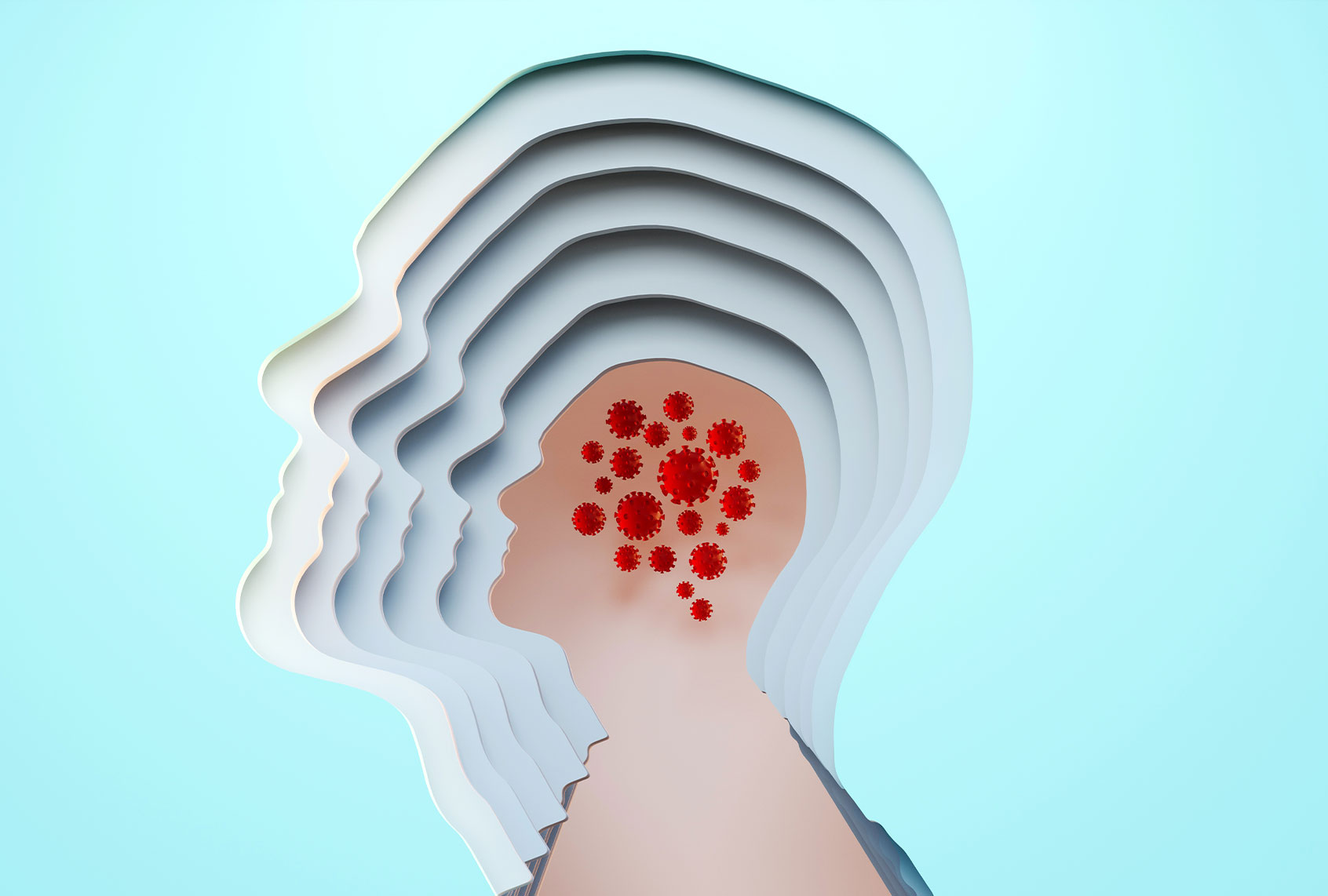 An astonishing study found that approximately one in three COVID-19 survivors was diagnosed with a brain or psychiatric disorder within six months of COVID-19 infection.

The shockingly high proportion of brain and psychiatric disorders in patients with COVID-19 suggests that 10 million Americans (out of the 30 million who became ill with COVID-19) may suffer mental health consequences in the coming years. This foretells an impending social crisis for which American society is unprepared.

In an article published in The Lancet Psychiatry, researchers found that of more than 230,000 patients with COVID-19 (most of them from the United States), approximately one in three (33.6%) developed either neurological or psychiatric problems. . This number increased to 38.7% for patients who were hospitalized, 46.4% for those to be admitted to the intensive care unit and 62.3% for those diagnosed with encephalopathy (term which refers to any disease that changes the structure or function of your brain).

Although researchers have not been able to determine how COVID-1

9 causes many of these conditions, they have found that the most common psychiatric conditions associated with the diagnosis of COVID-19 are anxiety and depression. There were also statistically significant cases of stroke, dementia and other neurological conditions, although they were less common.

“These results are alarming and suggest that COVID-19 is associated with a higher rate of long-term psychological and neurological complications than those seen with other respiratory diseases such as influenza,” said Dr. Russell Medford, president of the Center for Global Health Innovation. and the Global Center for Health Crisis Coordination, Salon said by email. “In order to develop effective therapeutic, behavioral, and public health interventions, this study highlights the urgent need for additional scientific and medical research to gain a better understanding of the underlying pathophysiological mechanisms of COVID-19 that may affect brain function. and human behavior. “

Dr. George Benjamin, executive director of the American Public Health Association, told the Salon that scientists already know that “this virus causes significant damage to several organs outside the lungs. These usually include the heart, blood system and brain.” The exact mechanisms are not well understood, but are being intensively studied. “As for the neurological effects, they have already been found to range from” targeted functions such as temporary but prolonged loss of taste and smell to prolonged episodes of headache. disabling physical fatigue or muscle weakness and difficulty thinking clearly (brain fog). “

He added that survivors will need supportive care in the future, noting that “there are some studies looking at the use of monoclonal antibodies to see if they can stop or reverse some of the neurological symptoms. Scattered reports have also been reported. for improvements after vaccination but they are not clear. “

“There are two separate issues: One is psychiatric and the other is neurological,” said Dr. William Hasseltin, a biologist known for his work in fighting the HIV / AIDS epidemic, fighting anthrax and advancing our knowledge of human genome. Salon. Noting that the new article focuses more on psychological problems than neurological ones, Haseltine notes that scientists have already learned that COVID-19 can damage your brain.

“It’s not necessarily a brain infection, but it’s a disruption of blood flow to the brain and inflammation in the veins and arteries that serve the brain, leading to neurological damage,” Hasseltin explained. “There is significant evidence that this is happening.” He said that in addition, scientists know that “COVID-19 causes a lot of blood clots. This is almost equivalent to what happens to the heart-lung machine. And that is, it sends a lot of micro-clots to multiple organs. The most important thing for us in this case is the brain. And you get a lot of micro-clots in the brain for people who have had a severe and severe COVID-19. “He said it was typical not only of SARS-CoV-2, the virus that causes COVID-19, but also of many other viruses.