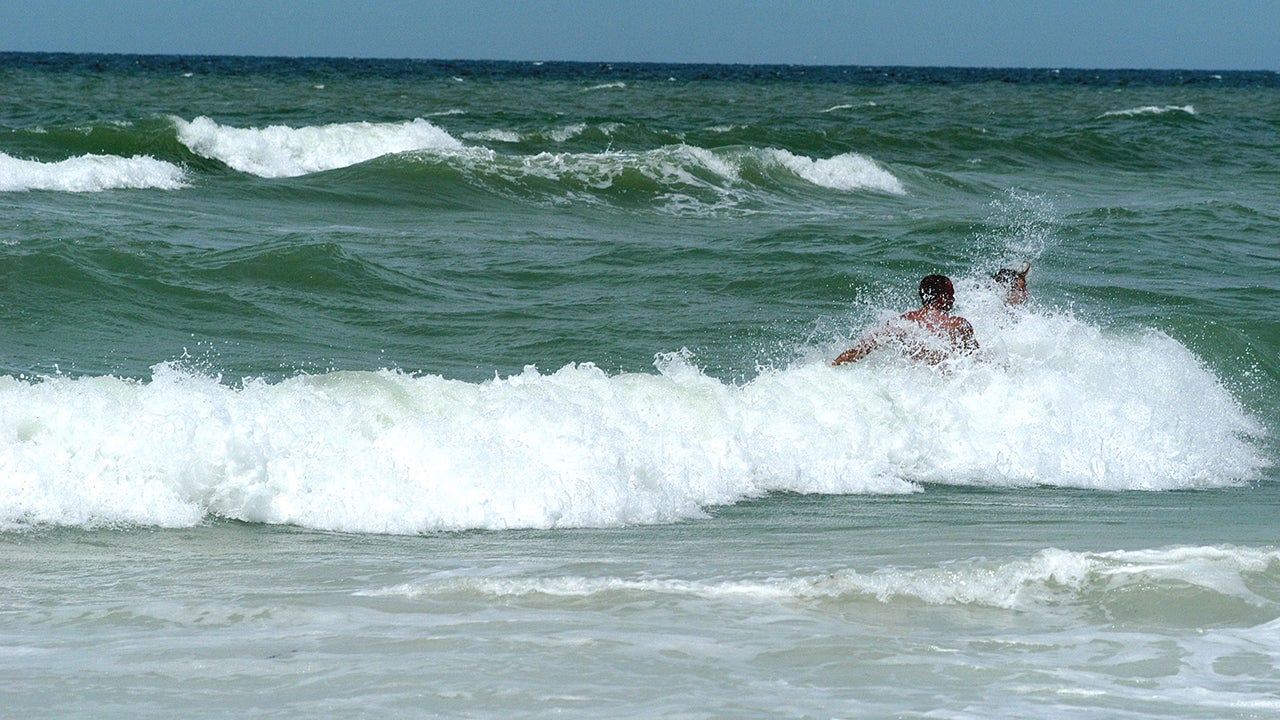 More than half a dozen cases of flesh-eating bacteria, including three that were fatal, have been linked to the Gulf of Mexico in the past several months.

The Gulf's water and surrounding bays, warm and rich in nutrients, are perfect homes for bacteria that can cause necrotizing fasciitis, the formal name for flesh-eating bacteria. become more frequent and are found in a wider range of places, the authors of a report in Annals of Internal Medicine said.

The culprit behind many of the cases is vibrio vulnificus, and naturally occurring bacteria in warm, brackish seawater. It can enter a person's skin through a cut or a scrape. In healthy people, it typically causes a mild illness, according to the Florida Department of Health. However, in people with weakened immune systems, vibrio can lead to necrotizing fasciitis. (MORE: Flesh-Eating Bacteria May Be Spreading as Oceans Warm, Researchers Say shaving, and if the bacteria is there it can take advantage of the opening. Mosquito bites. Minute abrasions can be a point of entry "Dr. Gordon Dickinson, a physician at the Miami VA Healthcare System and professor of medicine at the University of Miami, told the Miami Herald

In addition to entering the skin, vibrio vulnificus can infect people when they eat contaminated raw shellfish, especially oysters. The Florida Health Department reports there were 92 cases of vibrio vulnificus infections in 2017 and 2018 in the state. There were 20 deaths during that time. From 2008 through 2018, there were 108 deaths. In the United States, the CDC estimates that about 205 infections annually . About 1 in 7 people with a vibrio vulnificus wound infection dies, according to the CDC. (Group A Streptococcus, the bacteria that causes strep throat, is the most common cause of necrotizing fasciitis, according to Centers for Disease Control and Prevention, but it does not live in water.)

cases, the vibrio infection probably entered through a fish hook stick, and stubbed toe, cut on a leg or some other break in the skin. Two of the victims reportedly did not actually enter the water.

Debra Mattix said her husband, Gary Evans, 56, had no noticeable wounds and he never got into the water during a camping trip to Magnolia Beach in Texas on July 4 according to KHOU.

"His hat fell in the water a couple of times, and he picked it up, and you just laugh about it, and he put it back on his head, was that it?" Debra Mattix asked. "It was that the entryway then?" I did not know. "Could it be when he pulled the crab traps out of the water and the breeze, some of the water sprinkled on him then" But to say we floated out in the water, "

The New Coral Reefs Discovered in the Gulf of Mexico )

Dave Bennett of Memphis, Tennessee, died within 48 hours of visiting Destin Beach in Florida on July 5 and 6 WHBQ reported. of the infection because of being treated for cancer

"I do not want to keep people from the beach." I love the beach, my dad loved the beach. life to go, "Cheryl Wiygul, Bennett's daughter, said." So, maybe you have to reschedule if you have a big cut or just have surgery, do not go to the beach. "

The family of Lynn Fleming, who died with necrotizing fasciitis after cutting her leg on Florida's Anna Maria Island in June, also does not want people to be afraid of going to the beach. Her son said he wants people to be more aware of the possibility of infection

"We are not discouraging people from spending time at the beach ," Wade Fleming told CNN. "We have met many people from Florida who said they have never heard of necrotizing fasciitis."

"In addition to Evans, Bennett and Fleming, here are four other cases of flesh-eating bacteria that have occurred in or near the Gulf of Mexico:

April 20 – A man fishing off the coast of Palm Harbor, Florida, contracted the bacteria when a fish hook stuck his hand. Mike Walton, 51, of Ozona, Florida, needed surgery to save his arm Bay News 9 reported.

May – Amy Barnes, 45, of Arcadia, Florida, told the Herald-Tribune she developed necrotizing fasciitis after visiting Siesta Key off of Sarasota. She said she had a scratch on her leg. Doctors at Sarasota Memorial Hospital have diagnosed her with necrotizing fasciitis, she said.

June 9 – Kyle Brown, a 12-year-old girl from Indiana, was infected while wading on Pompano Beach during a vacation in Destin, Florida. Her mom said in a Facebook post she thoughts the girl stubbed her toe and the bacteria attacked her right leg. [196599020] June 28 – Tyler King of Santa Rosa Beach, Florida, has contracted a bacterial infection in his arm after he paddled across a brackish pool. He was treated with multiple antibiotics and released from the hospital.

In early July, the Florida Health Department released a statement saying, "Necrotizing fasciitis and severe infections with vibrio vulnificus are rare These infections can be treated with antibiotics and sometimes require surgery to remove damaged tissue. (196599020) Here's When The Atlantic Hurricane Season Typically Ramps Up )

immune system who does not have fresh cuts, scrapes or breaks in the skin should be able to enjoy the water. "

Dr. Sally Alrabaa, an infectious disease specialist with USF Health and Tampa General Hospital, told the Tampa Bay Times that cases of necrotizing fasciitis are only slightly this year despite the number of recent reports

"It's by no means an epidemic but we are seeing more cases this year, "Alrabaa said. "As the water is getting warmer by a few degrees, the bacteria is flourishing for longer periods."

The five-year-old with autism is speaking for the first time, and his sense of pride is awe-inspiring