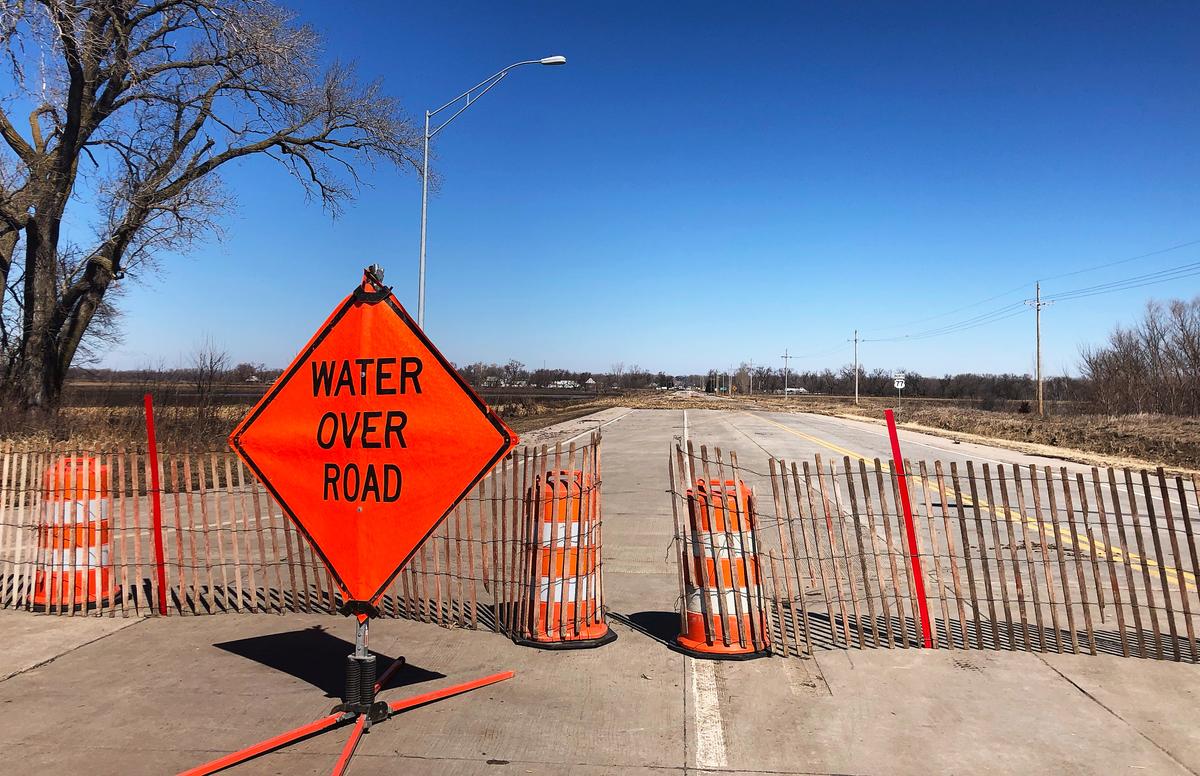 Flooding from last week's storm has already caused nearly $ 1.5 billion in damage in Nebraska, killed at least four people with another missing.

"This is not over," said David Roth, a meteorologist with the National Weather Service's Weather Forecast Center.

"The river will have several more major crests through the next week," he said, not counting the numerous tributaries that feed into the Missouri up and down the Midwest and will likely inundate communities into next month.

The waters have already swamped a large swath of Missouri, Nebraska and Iowa along North America's longest river. "We're going to get some moderate rain this weekend over eastern Nebraska, maybe a half inch (1

.3 cm)," Roth said. "It does not sound like much, but any more precipitation is bad."

The Missouri River's next major flood crest is forecast to hit St. Louis. Joseph, Missouri, at 6 a.m. on Friday and a day later in Kansas City, Missouri, 55 miles (90 km) to the south, according to the U.S. Army Corps of Engineers.

"Where the Missouri meets the Mississippi River in St. Louis. Charles (Missouri), it has already peaked but it's going to rise again early next week, "Roth said meteorologist.

More than 2,400 Nebraska homes and businesses have been destroyed or damaged, with 320 miles of roads unusable and 11 bridges wiped out, Governor Pete Ricketts said on Wednesday.

Ricketts has estimated the $ 439 million in damage to public infrastructure and other assets, and $ 85 million in privately owned assets. He puts the flood damage on the state's agricultural sector at nearly $ 1 billion.

Road signage tells drivers of a closed road en route to Winslow as heavy floods in the state shut down multiple freeways near Winslow, Nebraska, US, March 20, 2019. REUTERS / Humeyra Pamuk

Offutt Air Force Base near Omaha , which houses the US Strategic Command, remained heavily flooded but operational, officials said Wednesday.

In Valley, Nebraska, outside Omaha, Pete Smock, 42, worked to clear the deep mud surrounding his home and construction business Wednesday in what will be a long cleanup for the region.

"Devastation is everywhere. I have not seen anything like this in my lifetime, "Smock said.