More than 60 million Indians may have caught the coronavirus: Study India 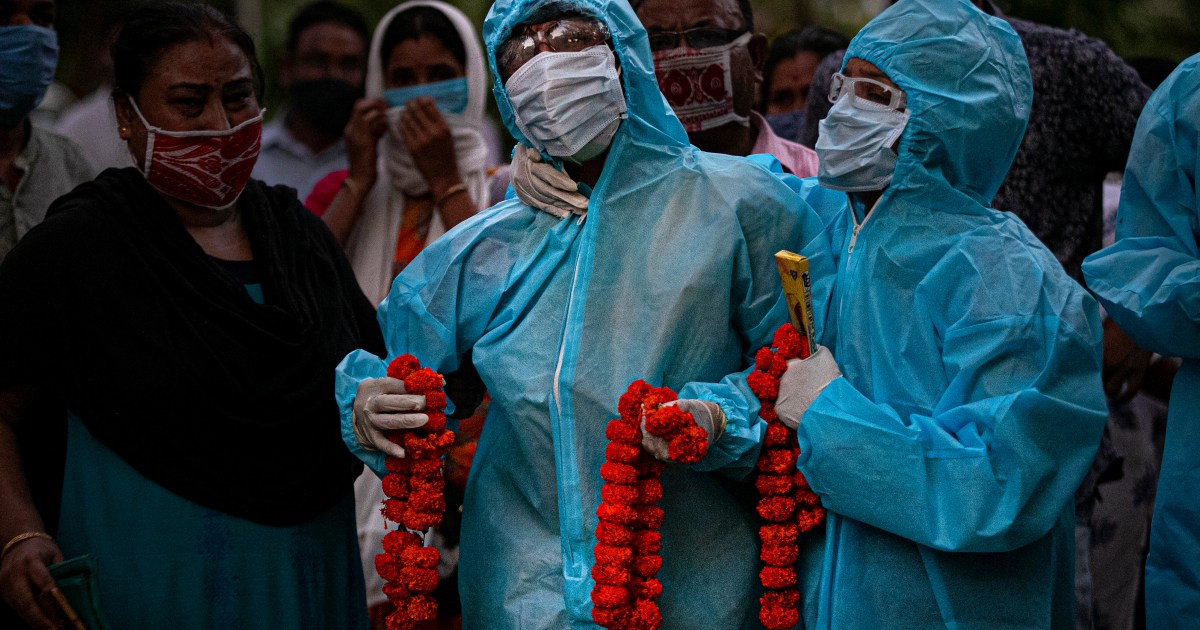 Indian infections are 10 times higher than official figures, according to the country’s leading pandemic agency, citing a national study.

More than 60 million people in India – 10 times the official figure – could be infected with the new coronavirus, the country’s leading pandemic agency said on Tuesday, citing a national antibody survey.

According to official figures, India, home to 1.3 billion people, is the second most infected country in the world with more than 6.1 million cases, just behind the United States. Nearly 100,000 Indians have died from COVID-19, a disease caused by the virus.

But the real figure could be much higher, according to the latest serological test, a test that looks at the blood for certain antibodies to assess the proportion of the population that has fought the virus.

5 people over the age of 10 has been exposed to SARS-CoV-2 by August,” said Indian Medical Research Council (ICMR) Director General Balram Bhargava at a health conference. ministry.

Blood tests were collected from just over 29,000 people in 21 countries or territories between mid-August and mid-September.

The new figures are a sharp jump from the results of the first serological test, which according to the ICMR shows that about 0.73% of adults in India – about six million people – were infected by May.

However, scientists warn that antibody tests should be treated with caution, as they also increase exposure to other coronaviruses, not just the one that causes COVID-19, the disease that has killed more than one million people worldwide. since its appearance at the end of last year.

India, which has one of the world’s least funded health systems, has gradually lifted a severe blockade imposed in late March, even as infections continue to rise to revive its battered economy.

Protests in Nigeria: The prison was set on fire when the death toll rose to at least 56

China hopes for change if Biden wins, but it is unlikely

That is why John Paul II said, “Do not be afraid.”