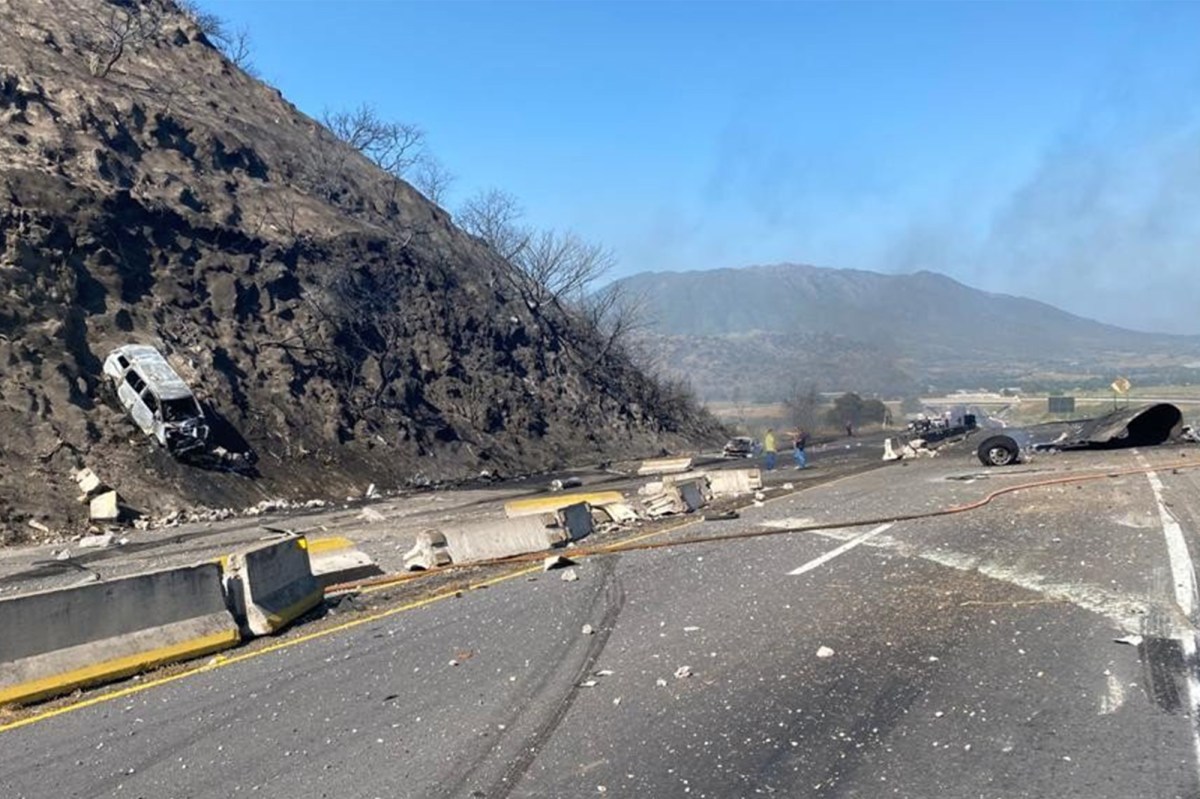 A gas tanker explosion on a Mexican highway killed at least a dozen people on Monday, according to reports.

The mass explosion shook the busy Guadalajara-Tepic highway just before 11 am, sending drivers to climb out of their cars for safety, the Spanish newspaper El Universal reported.

A dramatic video posted on Twitter shows drivers leaving their cars and heading for something that appears to be a collision on the road ahead – only to quarrel about their lives in the other direction when fire and smoke erupt in front of them.

Authorities say the blast was caused by a tanker that attracted natural gas, which collided with three other vehicles and exploded in flames, the Mexican newspaper Milenio reported.

At least five people were killed in a pickup truck at the scene, three others while in a Honda car, and three others in an unidentified car.

Police did not find the body of the truck driver, the newspaper writes.

Initial reports put six people dead in the crash, but the number was later doubled by security officials in the Mexican state of Narait, Universal reported.

The National Guard closed the roadway after the fatal accident, while authorities released photos of the aftermath of the explosion, said a report by the Mexican news company Debate