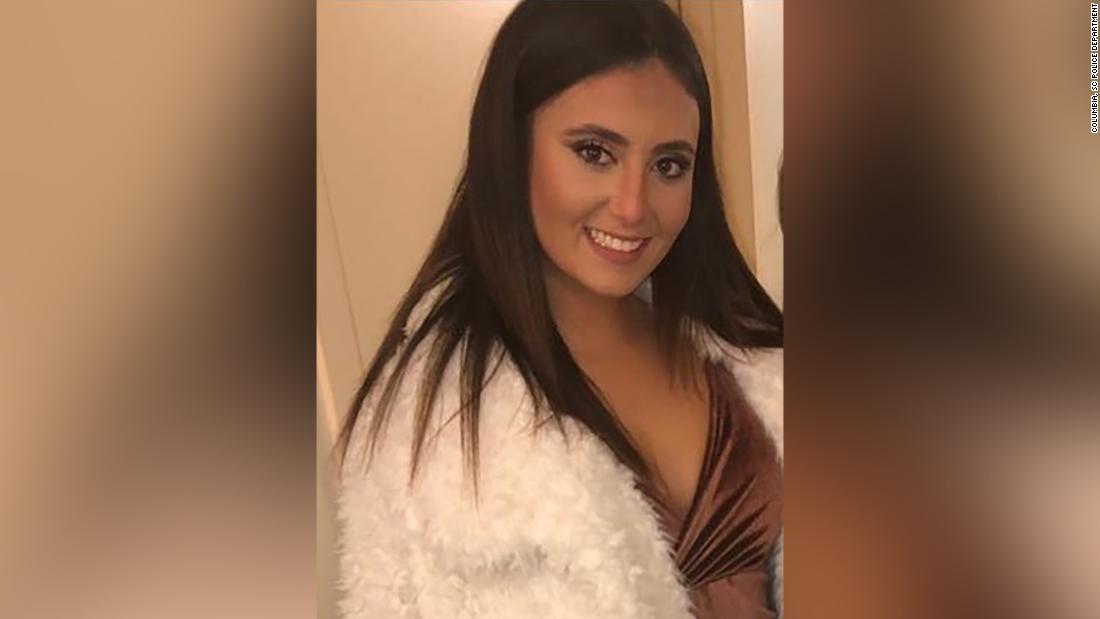 Her daughter, Samantha Josephson, 21, was found dead in a field Friday afternoon about 14 hours after getting into a vehicle she mistakenly thought was her Uber, said police in Columbia, South Carolina. After Rowland's arrest, police found Josephson's blood and her cellphone in his vehicle, police said.

"His selfish, unspeakable and violent actions have created a hole in the universe," Marci Josephson said. "A hole in our universe and we see the unimaginable ripple …"

She said her daughter worked hard, she was due to graduate from USC in May and had planned to go to law school in September. Mark Josephson said she did not understand how a person could "randomly select a person, a beautiful girl and steal her life away."

"There are no words to describe the immense pain, his actions have caused our family and friends, he has taken away a piece of our heart, soul and life," Josephson said. she thought she was her Uber, police say. She was found dead in a field ”

Rowland, 24, waived his right to scheduled court appearance Sunday, according to South Carolina Law Enforcement Division spokesman Kathryn Richardson. Fielding Pringle, the public defender for Rowland, said Sunday she has no statement on behalf of her client at this time

Despite his absence in court, Josephson's family was present during the proceedings and Marci Josephson read a statement before the judge, according to WIS-TV.

She asked the court to deny Rowland bail or the posting of a bond.

"He should never be given the right to walk free again for what he did to my daughter, or given the chance to hurt anyone else," she said.

Richardson says it's not clear when Rowland's next court appearance will be.

'She had absolutely no chance'

Josephson's friends and sorority sisters all spoke about her great personality, compassion and how she brought out the best in people.

"There are so many people here who did not know her and this community has pulled together. It's totally amazing," said Seymour Josephson, the victim's father.

Josephson said his daughter was actually home the weekend before her death at Drexel University, where she planned to attend the law school

"We've got to spend some time," he said, adding that he and his wife planned they surprise their daughter the weekend of her death.

Josephson's funeral will be held at noon Wednesday at Congregation Beth Chaim in Princeton Junction, New Jersey, according to a post on her father's Facebook page. She is buried in Perrineville, New Jersey.

Samantha Josephson called an Uber around 2 a.m. Friday after being separated from her roommates during a night out, said Columbia Police Chief W.H. "Skip" Holbrook during a news conference Saturday.

Josephson hopped into a black Chevy Impala, thinking it was her ride and about 14 hours later, the turkey hunters found her body in a field in Clarendon County, about 90 miles from Columbia. she was, in fact, summoned a Uber ride and was waiting for that Uber ride to come, "Holbrook said, citing surveillance footage. "We believe that she just mistakenly got into this particular car thinking it was a Uber ride."

Josephson's body was found to have numerous wounds including her head, neck, face, upper body, leg and foot, according to arrest warrants for Nathaniel Rowland released by the South Carolina Law Enforcement Division (SLED).

The SLED warrant also states that the blood belonging to Josephson was found in the trunk and passenger compartments of the vehicle Rowland was driving when he was arrested.

Rowland was arrested early Saturday after an officer saw him driving the Impala. He is facing charges of murder and kidnapping in connection with Josephson's death, Holbrook said. He is being held in jail in Columbia. Arrest warrants are listed as his home address as New Zion, an unincorporated community in Clarendon County.

Police are also questioning a female acquaintance of Rowland's, who was in his vehicle at the time of his arrest, Timmons said.

"She was one of the brightest young stars at @uofsc," his tweet read. "I ask every South Carolinian to join us in praying for the Josephson family.

CNN's Hollie Silverman has contributed to this report .