Motorola Razr's biggest technological leap may not be its foldable display 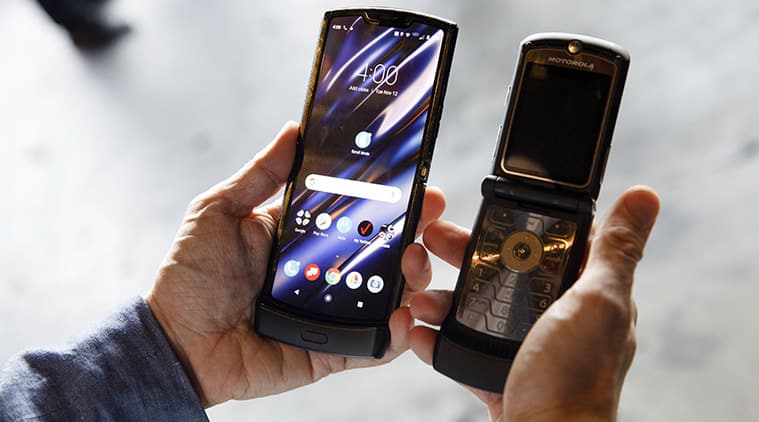 The new Motorola Razr has created quite a buzz since it was unveiled last week. But this new phone pushes the envelope not only with its folding screen. In fact, the new Motorola Razr will be sold with eSIM configuration only, making it the first phone to fully remove the physical SIM card slot.

For some, this is the latest sign that eSIM technology is an area where major smartphone brands are seeing a lot of potential and the launch of the new Motorola Razr is just the beginning. Although Google Pixel 4 and iPhone 11 Pro also support eSIM, they are also available with the physical SIM option. The new Razr, on the other hand, completely abandons the traditional SIM card slot and this is unique.

Global shipments of eSIM capable devices (including vehicles) increased 63% from last year to 364 million units and are expected to reach nearly 2 billion pieces in shipments by 2025, according to research firm Counterpoint. Manufacturers like Xiaomi, Huawei, Samsung and Vivo are also expected to launch smartphones with built-in eSIM.

"In the next 18 months, you will have all the leading manufacturers launching high-end smartphones with eSIM," Deval Sheth, Managing Director, Giesecke & Devrient India, told in an interview with indianexpress.com . The German company credited with developing the first SIM card in the 1990s has become a leading name in eSIM technology. Sheth says he expects at least 20 to 30 percent of smartphones in the next two to three years to have eSIM activated.

eSIM, or "subscriber identity module", is basically an electronic version of the standard SIM card that exists today. SIM cards, including eSIM, have two main functions – to connect and identify devices on cellular networks. But while the physical SIM card is "tightly coupled" to a mobile carrier (say, Airtel or Vodafone), the eSIM is a chip soldered directly onto the smartphone's board. Unlike physical SIM, eSIM "provides remote", which allows users to remotely change and activate the SIM profile built into the device. So once your smartphone is eSIM-enabled, you can switch to any telecom operator without changing your physical SIM card. In this way, the unnecessary headaches that consumers face when switching to a new carrier will be a thing of the past.

Perhaps the real advantage of using an eSIM device is how users can have multiple operator profiles stored in eSIM for different services, ESIM is also useful for travelers who can switch to a local network operator – so avoid charges for roaming.

The ecosystem is shaped to the idea that eSIMs take precedence over physical SIM cards. However, using eSIM goes beyond the convenience factor. With eSIMs, it is now possible to design smartphones with thinner and lighter profiles, provided there is no need for physical SIM slots. The new Razr, when closed, is 14 mm thick. The lack of a physical SIM slot can play a crucial role in the ultra-slim design of the new Motorola Razr. Interestingly, the new Motorola Razr is the only foldable phone that has a waterproof nano coating that makes it spray resistant. Samsung Galaxy Fold, on the other hand, is neither slim nor lightweight like the new Motorola Razr, nor does it have a water-repellent design.

But the eSIM promotion merit goes to the LTE versions of the Apple Watch. In fact, smartwatches will be a big growth area for eSIM, along with cars. Some of the best car manufacturers such as BMW, Audi and Mercedes support eSIM, enabling real-time information on the go and remote assistance on the go. In India, MG Hector and Hyundai Venue support eSIM for cellular connectivity. Connected laptops are another emerging category that greatly favors the spread of eSIMs.

However, the industry is showing resilience to the mobile eSIM system. In particular, telecommunications operators are opposed to the concept and only a handful support it, including Airtel and Reliance Jio in India. Many fear that adopting an eSIM will have a negative impact on their business, as users can easily change their service provider without changing devices, without even needing a new SIM card. Manufacturers in mainland China and South Korea have also not played the ball and could be crucial to how big the trends are after all.