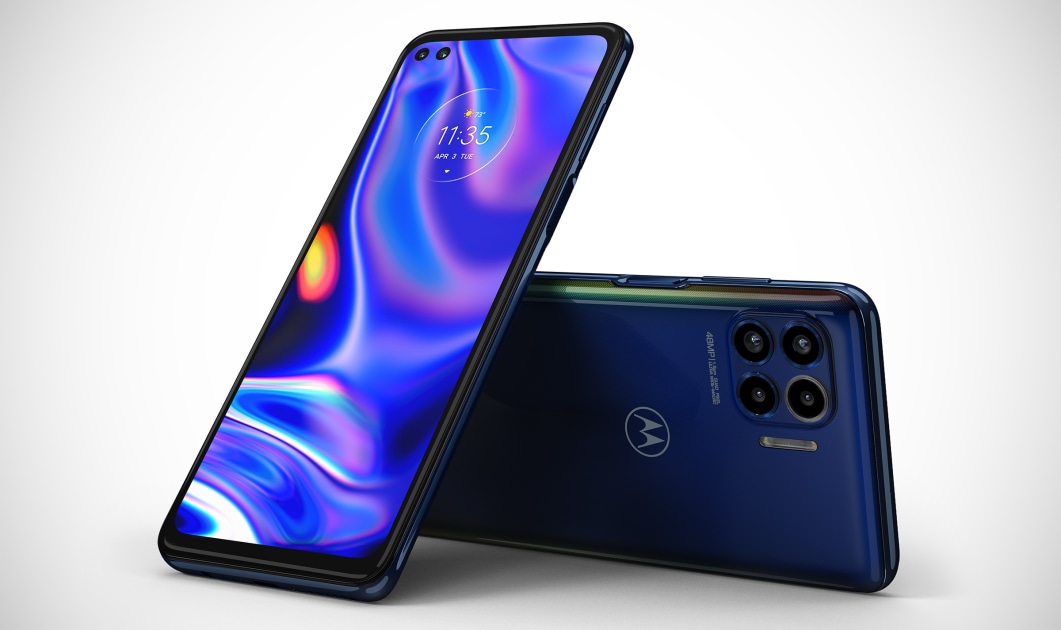 The power supply of the whole shebang is a 5000 mAh battery, which we hope to see many days of use, as it is paired with a chipset that absorbs energy instead of consuming it. Meanwhile, at the back sits a quartet of cameras: You’ll spend most of your time shooting with the main, 48-megapixel wide sensor, but it’s surrounded by a 2-megapixel depth sensor, an 8-megapixel ultra-wide camera with a 118-degree field of view and a curious 5-megapixel macro camera for extreme close-ups. Now the jury still doesn̵

7;t know if people really want this kind of highly specialized sensor, but Motorola gets credit for sweetening the deal in an unusual way – it gave this macro camera a small, appropriate light. (And in case you’ve been wondering, no, you can’t use it as a more attractive type of flash for other cameras.)

The situation with the front camera is just as surprising, as Motorola considered it good to add two of them here. The first is a relatively clear 16-megapixel camera with an aperture of f / 2.0 and you can count on this one to deliver stronger selfies. Meanwhile, the other camera is an 8-megapixel ultra-wide, which Motorola says can squeeze an additional three or four people into the frame at once. Throw in a side-mounted fingerprint reader, headphone jack and NFC for all these contactless payments from the COVID era and feel like we’re looking at a phone that can give Google’s new, cheap pixels a real battle in the emerging 5G environment – range smartphone war.

Of course, all too often there is a difference between the potential of a paper phone and its performance in the real world. Motorola is expecting a launch soon, so stay tuned to see how its unusually attractive new phone faces the competition.