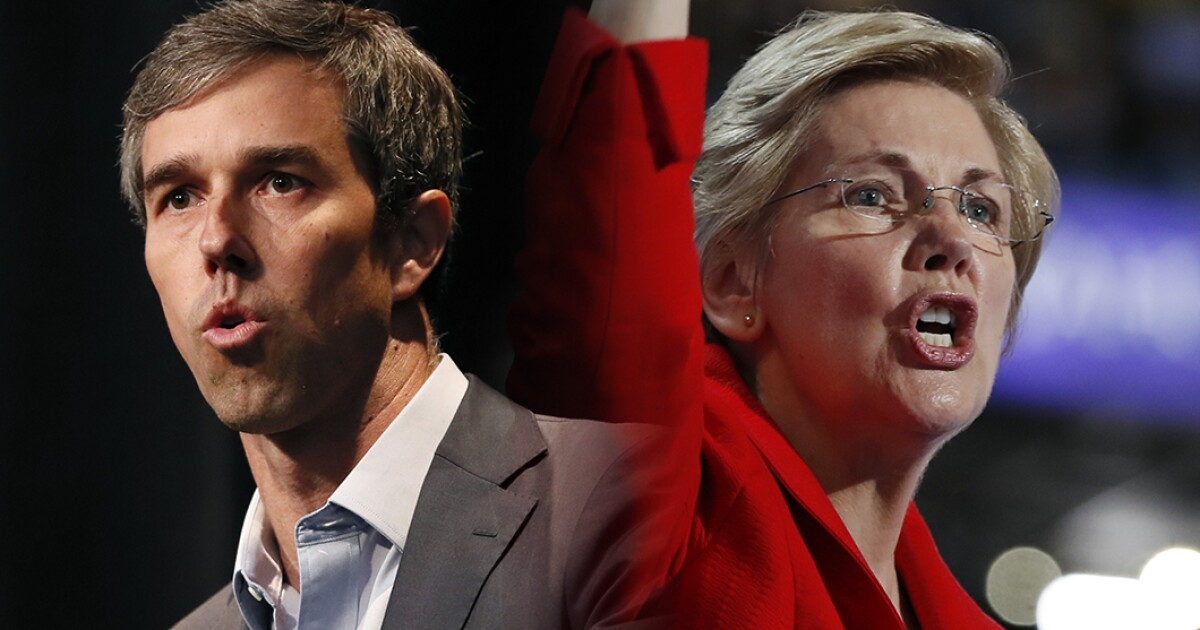 Sorry, Beto O'Rourke. The press has found another.

Like a speed-dater, newsrooms have moved on already. They have shifted the focus of their plush, overly friendly media profiles away from the former Texas congressman to a hopefully more suitable match: Sen. Elizabeth Warren.

This is the “Summer of Warren,” declares a 5,000-plus-word profile published this week by GQ .

Oh, GQ. You flirt. You say that to all the Democrats.

In 2018, the same publication declared of its last fling: “[T] his was the summer of Beto ̵

1; a giddy campaign season during which descriptive clichés like 'Kennedy-esque' and 'punk -rock Democrat 'have abounded.' ”

But that was then. This is now. GQ is all about Warren. Oh, careless love.

“Tall and wiry, Warren visibly thrums with good cheer. She's got that kind of pert friendliness stretched taut around a core of steel that some foreigners find confusing in certain willful Americans, ”reads the publication's new profile on the Massachusetts senator.

It adds, "But in Warren, both the chipper facade and the steel guts feel genuine: She is a very nice lady who will put up with exactly zero bullcrap."

Hell, just give her the nomination and have done with it already.

Earlier this month, the New Republic also got into the Warren profile game, publishing a lengthy expose of its own titled, “Arguing the World.”

It asks , “Can Elizabeth Warren Run for President and Bring Ideas Back to Our Politics, All at the Same Time?”

“Analyzing a Warren Stump Speech Without Making Reference to Substance is Akin to Writing a Marie Curie Biography Without Mentioning Radioactivity, ”Its author writes. “The former law professor's analysis of the inequities at the heart of the American economy serves as the rational for her candidacy as much as 'Barack and me' explains Biden's third quest for the White House.”

It adds that Warren's appeal to the Democratic base comes from “her passion, her intellect, and her lack of artifice,” adding that “in a crowded Democratic primary field, without a clear front-runner firmly in place, that may well be enough.”

For the record, former Vice President Joe Biden is polling 12.8 points ahead of his closest competitor, Sen. Bernie Sanders of Vermont, according to a RealClearPolitics polling average.

Let's not forget the Cut which published the friendliest of Warren profiles this month, titled, "Elizabeth Warren's Classroom Strategy."

The subhead asks, "A lifelong teacher, she's the most professorial presidential candidate ever. But does America want to be taught? ”

Help. I have rolled my eyes so hard, I am now blind.

“said true that people may resent teachers. Also true that people are primed to resent teachers because they are resent women who might wield power over them, and it is still new and uncomfortable to think about women having political – presidential! – power, ”the article adds. "And yet: People who have great teachers love them in ways that are intense and alchemical and irrational and sometimes difficult to convey – which is also, oddly enough, how some people love the politicians they believe in and choose to fight for."

It concludes, “It may be true that we do not want a president who asks us to do homework.

Meanwhile, O'Rourke, who was the darling of media darlings last year, has just undergone the second major reboot of his fledgling 2020 Democratic candidacy.

feel too bad about it, former congressman. Definitely not you.