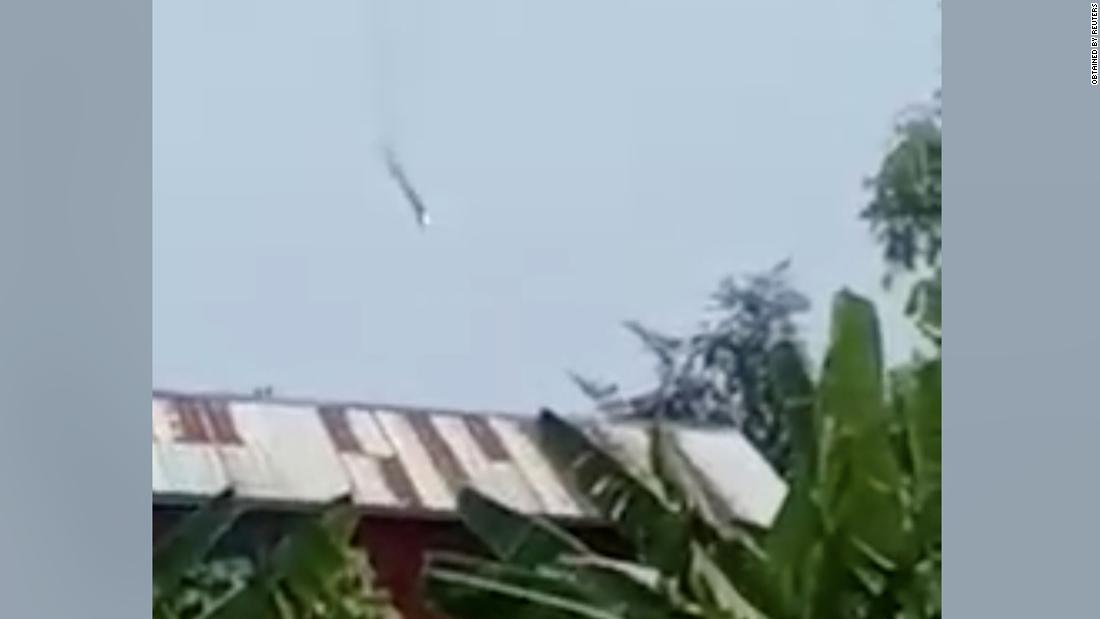 On Monday, Kachin’s Independence Army (KIA) said it had shot down a military helicopter near the town of Moemauk in Kachin province after days of military airstrikes.

“The military council launched air strikes in the area at about 8 or 9 this morning … with the help of jet fighters, and also fired with the help of a helicopter, so we responded against them,” spokesman Nau Boo said by telephone.

He declined to say what weapons were used.

A resident of the area, who declined to be named, said by phone that four people died at a hospital after artillery shells hit a monastery in the village.

The latest blasts were in a village in western Bago and occurred around 5:00 p.m. Local time on Monday, Myanmar’s news portal now reported, citing a resident.

Three explosions were caused when at least one plot of land exploded in a house in the village, killing a regional MP from Su Zhi’s National League for Democracy (NLD), as well as three police officers and a resident, the report said.

Another police officer involved in the civil disobedience movement was also seriously injured after his hands were blown up by the blast, the resident was quoted as saying. He was hospitalized and was being treated, it said.

Reuters was unable to independently verify reports of the helicopter or packet bombs, and a military spokesman did not answer a phone call asking for comment.

In another sign of growing insecurity, the junta-appointed head of the Yangetta department’s administrative office in Yangon was stabbed in his office and later died of his wounds, Khit Thit Media reported. Two residents of the district confirmed the report. Police did not respond to a request for comment.

The Association for the Assistance of the Association of Political Prisoners (AAPP) says security forces have killed at least 766 civilians since the coup.

The junta disputes the figure, saying at least 24 members of the security forces were killed during the protests. Reuters is unable to check the victims because of the curbs placed on the media by the junta. Many journalists are among the thousands detained.

The junta said it needed to seize power because its allegations of fraud in the November election, won by Suu Kyi’s party, were not considered by an election commission that considered it a fair vote.

Suu Kyi, 75, was detained after the coup along with many other members of her party. The AAPP says more than 3,600 people are currently being detained for opposing the military.