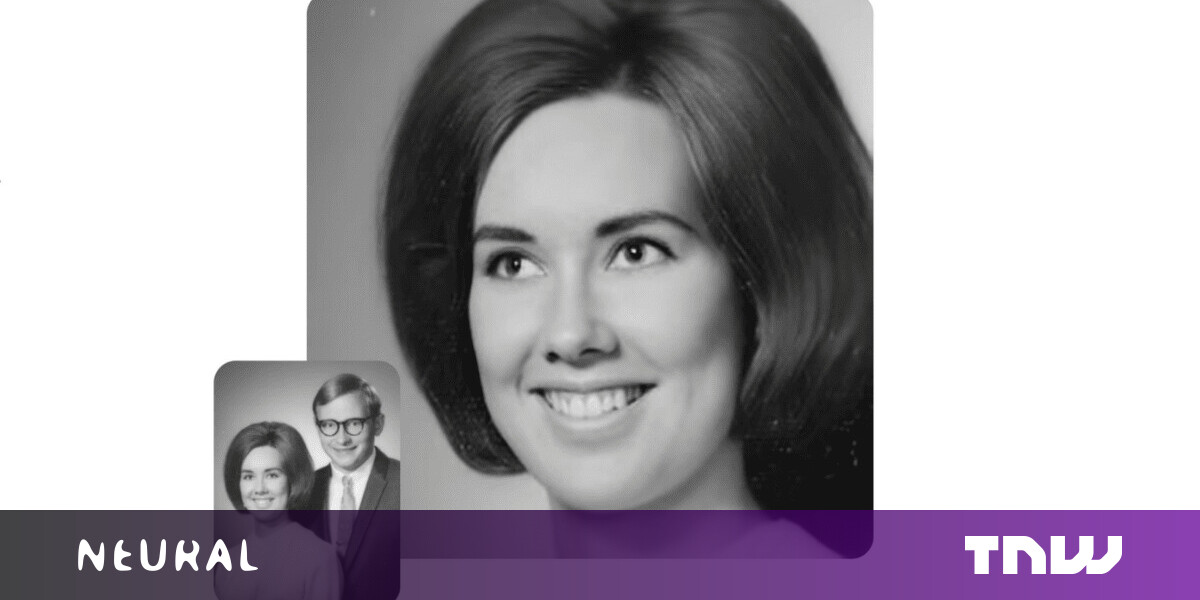 The genealogy site MyHeritage has introduced a new artificial intelligence tool that turns photos of deceased relatives into scary videos.

The DeepNostalgia function is powered by technology developed by the Israeli technology company D-ID. MyHeritage says it uses several drivers to animate faces:

Each driver is a video consisting of a fixed sequence of movements and gestures. Deep Nostalgia can very accurately apply drivers to the face of your still photo, creating a short video that you can share with friends and family. The driver directs the movements in the animation so that you can see your ancestors smiling, blinking and turning their heads.

With our new deep nostalgia ™ you can see how a person from an old photo could move and look if he was captured on video! Read more: https://t.co/ZwUwzJRQ26 #RootsTech #RootsTechConnect pic.twitter.com/LERXhrqiut

I would love to talk to my grandparents again. But I am embarrassed to resurrect them digitally without their consent.

[Read:[Read:[Прочети:[Read:How to build a device suitable for pets? We asked experts and animal owners]

MyHeritage says DeepNostalgia does not generate speech to prevent people from using it to create deep videos. But the company did create a voice for resuscitated Abraham Lincoln.

Even if the feature has created speech for the people in the photos, it will not be an accurate representation of who they really are. As neural editor Tristan Green put it earlier:

AI that mimics them is no more accurate or more powerful than simply asking someone to introduce themselves: this is not the real thing, no matter how experienced the mimic is.

Still, I don’t mind testing technology on myself. There is no one in whose company to rejoice more.

However, I was a little worried about MyHeritage’s record for data coverage and incomprehensible contracts. But my curiosity quickly dampened my caution.

After watching the feature turn me into a monstrous monster, I was glad I didn’t send anyone I cared into into the unusual valley.

Despite my own concerns, the digital resurrection is fast becoming a major trend.

In just the last few months, Microsoft has received a patent for a chatbot that allows you to talk to the dead, a brewery uses a fake deceased singer in a new advertising campaign, and an AI recreation of a Korean pop star performed a ballad on television.

Technology may not be able to bring the dead back to life, but it could probably make a lot of money from them – and the people who miss them.