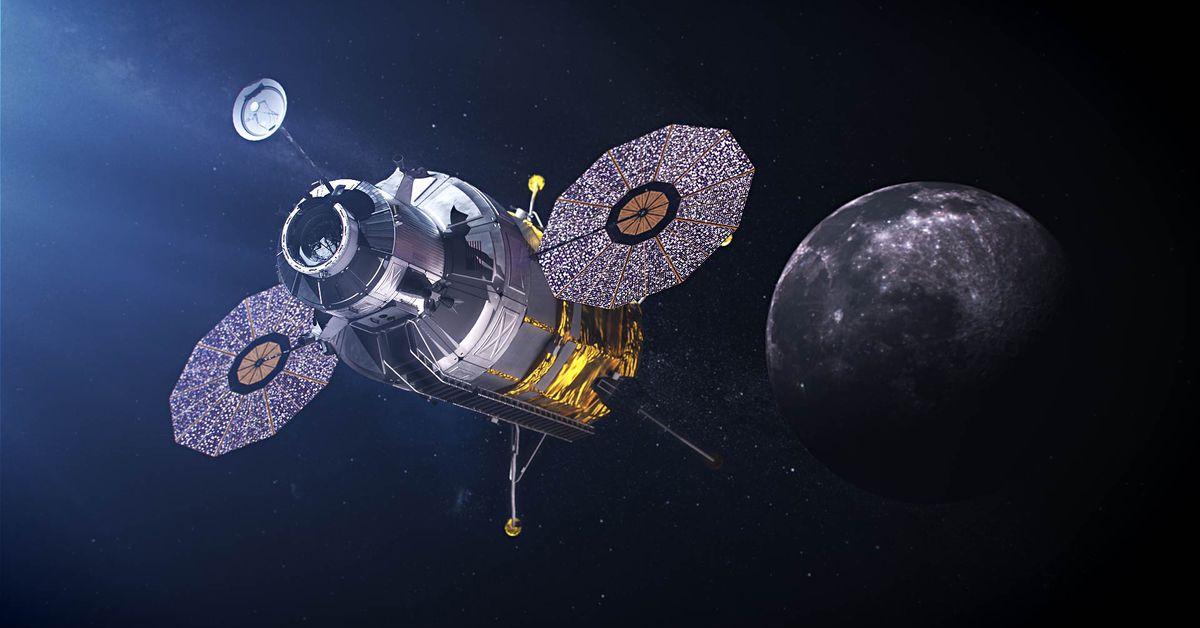 NASA is now officially accepting proposals for moon landing projects that can transport humans to the surface of the moon. The space agency launched a final call to the commercial space industry today, with proposals due on November 1.

The human moonlight is a critical component of NASA's Artemis program, an initiative to send humans back to the moon's surface in less than five years. These landings are designed to live on a new space station that NASA wants to build in orbit around the moon called the Gateway. The astronauts are expected to travel to the gateway in a future NASA rocket ̵

1; the Space Launch System or SLS – and from there they will land in landings to the moon.

In particular, NASA is looking for troops that consist of two to three main parts. First, the descent stage – the hardware that will lower the vehicle down to the surface of the moon. Second, the ascent stage that astronauts will ride on as they fly out of the moon's surface and return back to the gate. The third component is known as the transfer step; this piece is basically a tugboat that can transport the other two elements from the gateway to orbit, which is closer to the moon, making it easier to get everything to and from the surface.

NASA is looking for landings that consist of two to three major parts.

Companies will also need to specify how they will land their moon landings at the Gateway. They can use commercial vehicles such as the future SpaceX New Glenn missile or the future Blue Origin rocket, or they can use NASA's future SLS rocket to fly in 2021 at the earliest.

ultimately plans to select two of these companies that will actually go through the process of creating the farmers and sending them to the gateway. The land of one company will be tasked with making the first covenant landing with people on board in 2024, while the second will land another crew landing in 2025. However, NASA does not plan to make any extended test landings with these projects in advance.

Several companies have already provided the public with a brief look at their plans. Lockheed Martin unveiled the moon design of the lander, which was extracted from the company's Orion capsule, which will bring NASA astronauts to the top of NASA's SLS. In May, Jeff Bezos demonstrated the Blue Moon concept of Blue Origin, which he claims has been working for the past three years.

This final appeal to the industry comes months after NASA released two draft documents detailing what type of farmers and contracts it seeks from the commercial space sector. During those months, the companies provided NASA with feedback while editing their application. NASA claims it has removed the language and requirements that companies thought could delay development schedules. The whole process – from draft to final call – was much faster than many other NASA contracts, which can take months and years to be awarded. An accelerated schedule is needed to meet Vice President Mike Pence's challenge to NASA this March – to send people back to the moon four years earlier than planned by the agency.

While NASA was hurrying to make that call to the industry, these lunar lands are picking everything that depends on what budget the space agency is given next year. To get the start of the Artemis program, the Trump administration has requested an additional $ 1.6 billion for NASA next year with a budget change, with $ 1 billion going toward developing new lunar landowners. However, it is unclear whether NASA will actually receive these additional funds. The Senate Appropriations Committee recently passed a financing bill for next year that gives NASA a big boost in its budget, but provides just $ 744.1 million to develop new lunar technologies for Artemis.

The final budget for 2020 is still being decided, but NASA says money is key. "For this year, what we need is this budget change so we can get the landing systems – get those contracts out," Ken Bowersox, NASA's acting human resources officer, testifies House Research Committee in September. "Because this is our long pole at the moment of reaching the moon's surface."