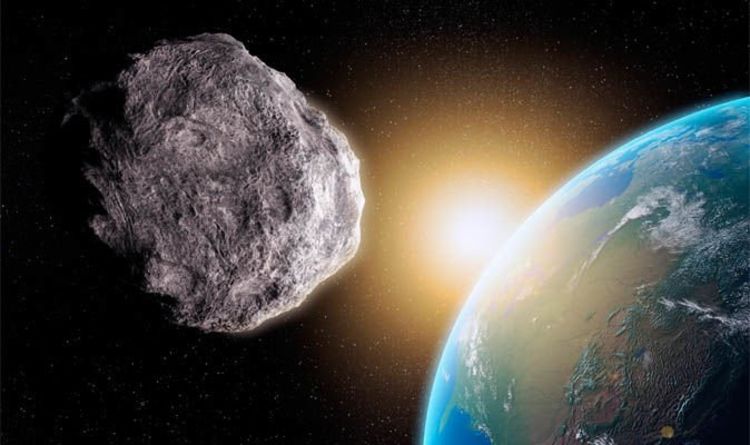 The asteroid, dubbed by NASA Asteroid 2013 MD8, will pass Earth on a so-called "Earth Close Approach." NASA estimates the space rock will zip by the next week in the afternoon hours of Tuesday, February 19. Scientists at the NASA Jet Propulsion Laboratory (JPL) have narrowed the passage down to 5.55pm GMT (UTC). Asteroid MD8 is a prime example of a Near Earth Object (NEO), which is an asteroid

According to the European Space Agency (ESA), dozens of Near-Earth Asteroids

According to the European Space Agency (ESA), dozens of near-earth asteroids (NEAs) approaches the Earth from a distance of 4.6 million miles each month

The space agency said: "Near-Earth objects are asteroids or comets of sizes ranging from meters to tens of kilometers that orbit the

"An example of and NEO is 25143 Itokawa, an object about 300m in diameter that was visited by the Japanese spacecraft Hayabusa in 2005. "

Asteroid MD8 will not hit Earth next week, but its close approach, coupled with its size and speed, is enough NASA's JPL estimates the MD8 measures somewhere in the range of 124.6ft to 282ft (38m to 86m) across

At its closest, the asteroid will approach Earth tomorrow from a distance of 0.03878 astronomical units (au).

This is approximately 15.09 times the distance between Earth and the Moon – a unit of measurement known as Lunar Distances (LD).

Based on NASA's orbital calculations, the space rock first visited Earth on February 5, 1902.

The asteroid will next make a close approach on January 28, 2022.