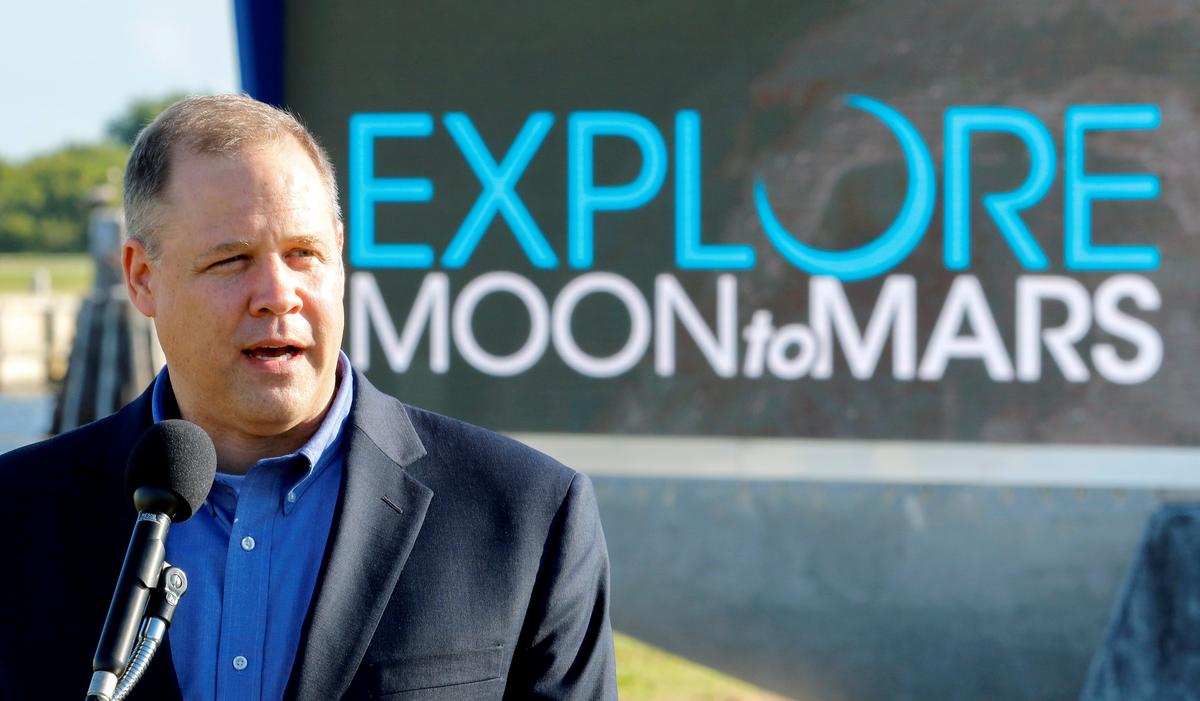 LE BOURGET, France (Reuters) – The explosion that destroyed SpaceX astronaut taxi in April "no doubt" delays NASA's drive to return Americans to the International Space Station from US soil later this year, the U.S. space agency's chief said on Tuesday.

FILE PHOTO: NASA Administrator Jim Bridenstine speaks during a NASA "Apollo – Then and Now" event at the Kennedy Space Center in Cape Canaveral, Florida, US, May 23, 2019. REUTERS / Joe Skipper

But NASA Administrator Jim Bridenstine stopped short of offering a clear flight timeline for his multi-billion dollar Commercial Crew Program, and said he would not prejudge the results of an investigation into the incident.

"There is no doubt the schedule will change," Bridenstine told reporters at the Paris Airshow. "It will not be what was originally planned."

Bridenstine's comments cast fresh doubt on billionaire Elon Musk's goal of returning astronauts to the orbiting research lab from the U.S. soil this year, though a person familiar with the matter said SpaceX has privately expressed confidence that it can rebound.

For years, the United States has had to rely on Russia for the space station and the Commercial Crew Program's goal is to change that.

Boeing Co., the other contractor hired by NASA to develop a separate rocket-and-capsule system to fly astronauts to space, has also delayed its own flights for months.

Adding to the doubts, NASA has said it is considering paying for two more seats to the space station for autumn of 2019 and spring of 2020 to ensure US access.

The April 20 accident occurred at Cape Canaveral Air Force Station as SpaceX was about to test eight emergency thrusters designed to propel the capsule, dubbed Crew Dragon, to safety from the rocket in the event of a launch failure.

NASA has awarded $ 6.8 billion to SpaceX and Boeing to develop their separate capsule systems.

Bridenstine also promised better communication and transparency after the agency and SpaceX were criticized over a reluctance to describe in plain terms what happened to the capsule for days after the incident.

That stance was in line with NASA's long history of environmental accidents involving its human spaceflight program.

SpaceX did not immediately respond to a request for comment.