NASA CFO: If SpaceX can land on the moon, 'we'll partner with them' 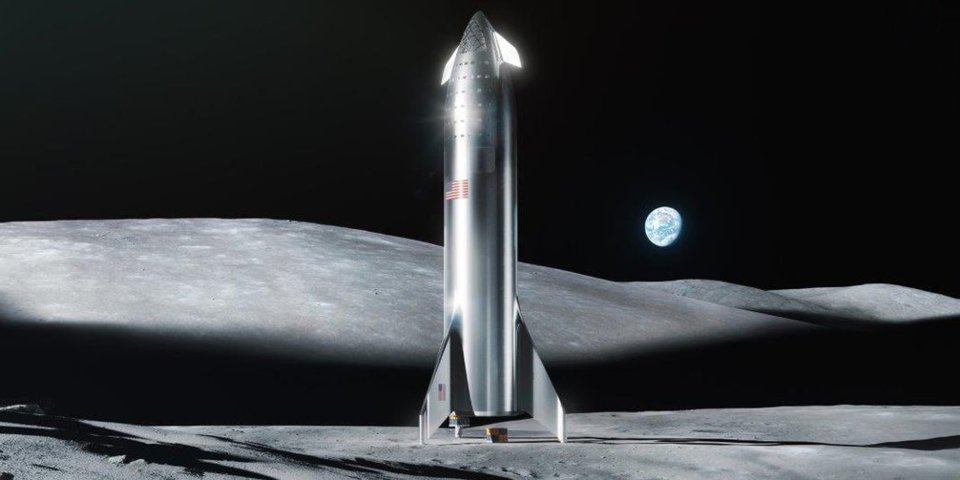 Fifty years ago on Wednesday, the first humans to walk on the moon splashed down safely in the Pacific Ocean.

NASA is launching astronauts back to the moon with an immediate goal of putting boots on the lunar surface in 2024 with its Artemis program. But to accomplish that, the agency may wind up turning to private rocket developers like SpaceX.

Artemis is not meant to repeat the Apollo missions of the 1960s and 1970s. Instead, NASA wants to send cargo and supplies to the lunar surface, build a permanent base there, and start looking for ice. Hundreds of millions of tons of water exist on the moon, and that resource can be mined, melted, turned into air, and split into rocket fuel to power voyages to Mars.

NASA plans to use the government-funded Space Launch System to return to the moon. But those vehicles will not start until late 2021

(the first one was supposed to fly in 2017), and the program is worth billions of dollars over budget. Increasingly, Trump administration officials and NASA executives are signaling, contrary to congressional budgets, that the agency may look to SpaceX or Blue Origin for help.

"We're not committed to any one contractor," said Vice President Mike Pence in March. "If our current contractors can not meet this objective then we will find those that will."

More recently, Pence told Major Garrett on the podcast "The Takeout" that "if our traditional partners can not do the job, we will look to the private space industry to give us the racquet and technology to get there. "

Meanwhile, SpaceX is sending signals back to the Trump administration and NASA in kind.

This month, Time's Jeffrey Kluger interviewed Elon Musk, SpaceX's founder, for "CBS Sunday Morning." During that conversation, Musk suggested his company would attempt an uncrewed lunar landing before the end of 2021. SpaceX would ostensibly pull off this feat using Starship, a launch system it's developing to transport people to the moon and Mars.

Musk added that executing a private mission might be easier than trying to persuade skeptics within NASA to partner with SpaceX in the development of its Starship system – and using taxpayer dollars for it.

"It may literally be easier to land on Starship on the moon than try to convince NASA that we can," he said, adding: "'Hey, look, here's a picture of landing right now! That might be the best way to do it. "

DeWit, who is in charge of helping the agency make the most cost-effective decisions, said that the odds of SpaceX pulling off a private lunar landing with Starship before NASA can return there "are slim," but he did not NASA-SpaceX partnership on a moon mission. In fact, he underscored the possibility.

"More power to him. I hope he does it," DeWit said of Musk. "If he can do it, we'll partner with them, and we'll get there faster."

He added: "This is not about us doing it – it's about America doing it. It's [got] an American company.

SpaceX did not immediately respond to a request for comment about DeWit's statements.

DeWit also said NASA would "love to bring along" any commercial companies into the Artemis program that could help the agency achieve its goals. Though he named traditional aerospace companies such as Boeing, Lockheed Martin and Northrop Grumman, DeWit spoke most of the time about SpaceX and Blue Origin and its founder, Jeff Bezos, who in May debuted a lunar-landing spacecraft concept called Blue Moon.

To develop Starship, SpaceX has built a prototype rocket ship and test bed, called Starhopper, in South Texas. The company hopes to launch the vehicle on Wednesday, send it about 65 feet (20 meters) in the air, hover it, and land it.

Starhopper is not designed to fly to space. However, Musk said a larger prototype called Starship Mark 1, could fly from Texas or Florida in two to three months and reach orbit by the end of the year. [196590029] In September, Musk said that SpaceX planned to use the system to launch a Japanese billionaire around the moon (but not land on its surface) in 2023.