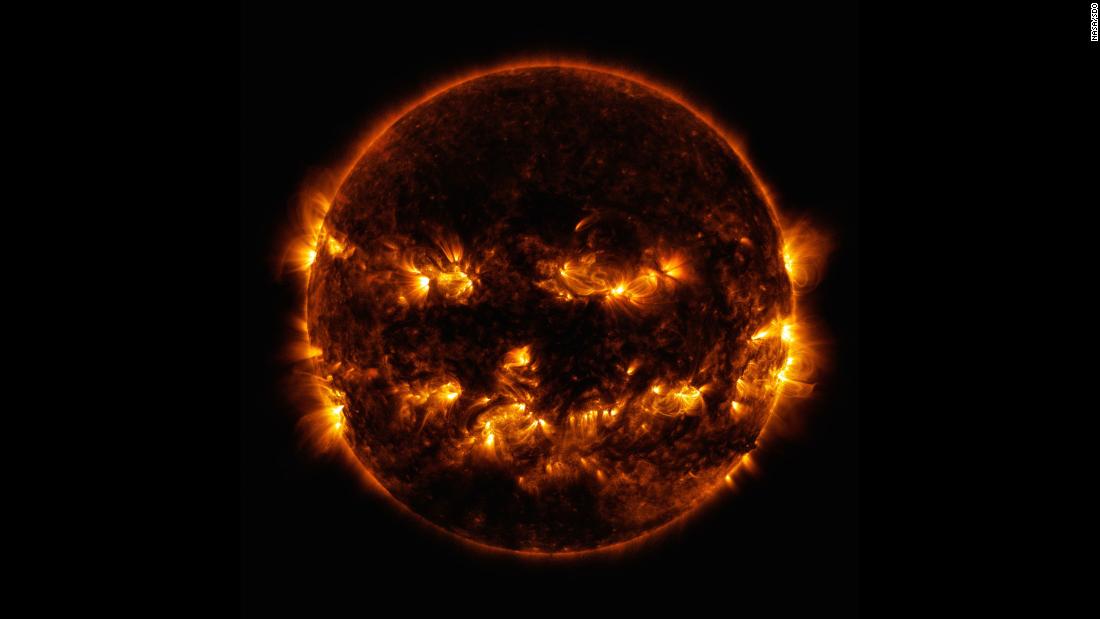 The space agency filmed the ghost image on October 8, 2014. The face is the result of the sun's active zones being brighter than others, NASA said.

"They are markers of an intense and complex set of magnetic fields hanging in the sun's atmosphere, a crown," NASA said. "This image combines into two groups of ultraviolet wavelengths at 171 and 193 Ångströms, usually colored in golden and yellow to create a particularly Halloween-like appearance. "

NASA's Solar Dynamics Observatory, which captured the image, constantly monitors the sun from its orbit in space.
NASA invites humans to download a high-resolution image. in the pumpkin sun, "just in time for Hel owin. "