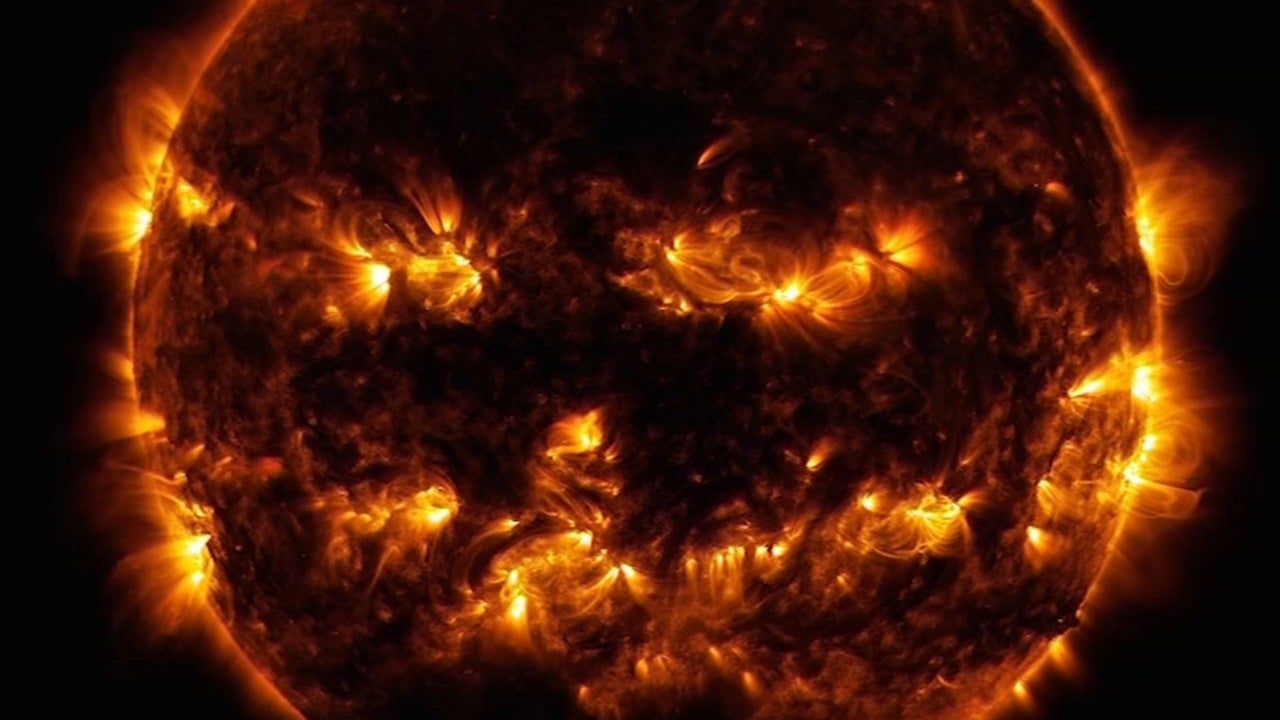 Happy #Halloween from the sun! Our star put her ghostly face on a lantern in 2014, seen here in extreme ultraviolet light from our observatory for solar dynamics. Light spots are active regions, areas with intense magnetic fields. Details and Download: https://t.co/GVWPleTqpu pic.twitter.com/7MsRDiS8bp

Second Image Posted the next day and taken from the Hubble Telescope, there are two galaxies in a frontal collision that give the appearance of a fearsome face to the stars. Eyes are the core of the two galaxies, while the surrounding face shape is provided by many blue stars.

When we look deep into space, we don't expect to find anything that looks back at us …

This galactic hero captured by @NASAHubble is really a frontal collision between 2 galaxies. Take the horror and find out what lies in this ghostly vision: https://t.co/xV2KiWphxf pic.twitter.com/dZnn70C1ty

Lastly, we are shown an infrared image of a star surrounded by gas taken from the Spitzer Space Telescope. The researchers thought it looked like pumpkin enough to give it the nickname Jack-o-Lantern Nebula.

More than a candle is needed to light this cosmic pumpkin. In this image from @ NASASpitzer a massive star in the center of a dust and gas cloud creates what researchers have called the "Jack-o-Lantern Nebula". Take a closer look: https://t.co/fL1pT4vdJO pic.twitter.com/4p9qB6rc3k

All tweets also provide a link to The NASA website is where you can learn more about exactly what causes these beautiful images. Or for more Halloween stars of a different kind, check out this gallery, which features some of Hollywood's best costumes this year.

Hope Corrigan is an Australian freelance writer for IGN, which “is always fascinated by space, but feels very threatened by this sun photo. You can follow her on Twitter and Instagram.

The thin and ultra-fast photodetector sees the full spectrum