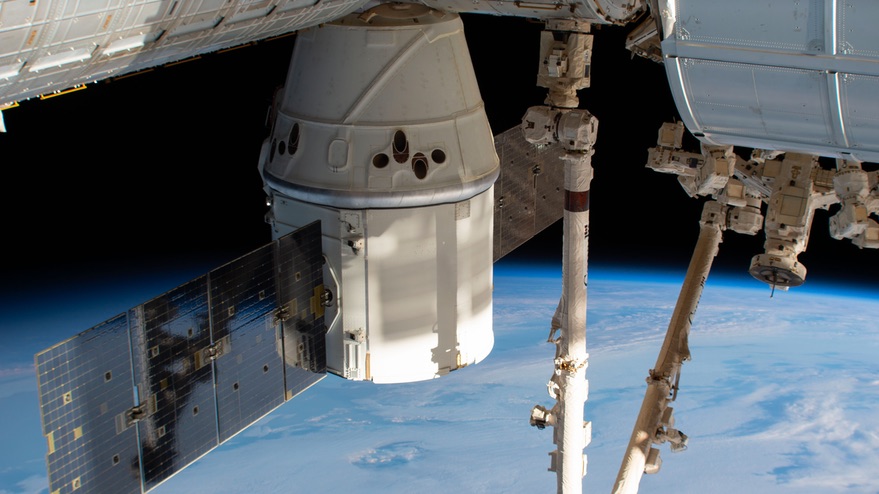 NASA provided no updates during the briefing about the April 20 Crew Dragon anomaly that took place while testing the SuperDraco thrusters that are part of that spacecraft's abort system. Finch referred reporters to the statement posted on social media shortly after the accident by NASA Administrator Jim Bridenstine.

The incident, at SpaceX's Landing Zone 1

, produced a large cloud visible for miles and reportedly caused major damage to the Crew Dragon spacecraft, the same one that flew the Demo-1 test flight to the ISS in March and was brought ready for an in-flight abort test this summer. That is expected to delay both the in-flight abort test and the Demo-2 crew test flight by at least several months, depending on the cause of the accident, steps to remedy the problem and status of the production of other Crew Dragon spacecraft.

The fact that NASA is, for now, proceeding with the cargo Dragon mission suggests the problem is isolated to the SuperDraco thrusters, which are not used on the cargo version of Dragon. However, industry sources say that the CRS-17 mission could still be delayed depending on what ongoing investigation might be in the coming days, as well as any concerns raised by international partners'

SpaceX did, though, file and a license application with the Federal Communications Commission April 22 for a Falcon 9 first stage landing on a droneship and a short distance offshore for an upcoming launch. Falcon 9 first stages for Dragon cargo missions are usually landed at Landing Zone 1, suggesting that the ongoing investigation or cleanup of the Crew Dragon incident makes the zone unavailable for the upcoming launch

The Dragon's cargo will feature nearly 1,700 kilograms of science payloads. They include a number of biomedical and pharmaceutical experiments, such as several "tissue chip" experiments that, in microgravity, could allow accelerated testing of treatments for diseases. Another experiment, called the Photobioreactor, will test the ability to grow algae in space that could be used for food on future long-distance space missions.

The Dragon is also carrying the Orbiting Carbon Observatory (OCO) mounted on the outside of the station. The $ 110 million payload, which NASA sought to cancel in its fiscal year 2018 and 2019 budget requests, will measure carbon dioxide levels in the atmosphere, providing continuity if the existing OCO-2 spacecraft stops operating

OCO-3 orbit's on ISS will be different from that of OCO-2, which is in a sun-synchronous orbit. "The opportunity to go to the International Space Station is really exciting and adds some new features," said Annmarie Eldering, OCO-3 project scientist at the Jet Propulsion Laboratory, during the briefing, such as the ability to see the same area at

The Dragon CRS-17 mission will be on the heels of Northpark Grumman's NG-11 Cygnus mission, which was berthed with the station April 19, two days after its launch on an Antares racket from Virginia. That spacecraft brought more than 3,400 kilograms of cargo to the station, including 1,569 kilograms of scientific investigations