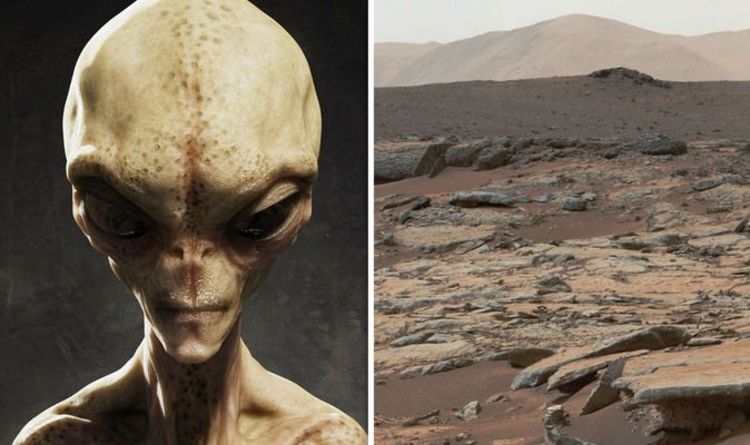 Dr. Gilbert Levin, who worked on the Viking Mars Troops in the 1970s, claims that NASA has already answered the "ultimate question," that is, Mars supports extraterrestrial life. Writing in a blog post on American Scientific, Dr. Levin said that the rover, which worked on discovered biological entities, revealed the presence of microbial organisms.

He explained that a total of four positive results were obtained from the spacecraft, suggesting that Mars had life.

He says: "On July 30, 1976, LR returned its initial results from Mars. It is amazing that they were positive.

"As the experiment progressed, a total of four positive results, supported by five different controls, flowed down from the Viking twin spacecraft at about 4,000 miles."

"Data curves signaled the detection of microbial respiration on the Red Planet. .

'Mars curves were similar to those produced by LR soil tests on Earth.

"It seems we have answered that final question. "

If the result is positive, farmers will continue to prepare the soil before looking for the same chemicals again.

He said this leads NASA to conclude that "LR found a substance that imitates life, but not life.

Since the Landing of the Viking Mars "Touching Mars more than 40 years ago, the subsequent Mars landing did not carry the necessary tools to search for life.

This, Dr. Levin argues, hinders any subsequent follow-up to the "exciting results" that have emerged from the Missions since the 1

Later missions seek to establish whether Mars was once a suitable habitat for life as opposed to whether there is life now.

Dr. Levin explains that this move brought NASA back, as if Mars's life had ever "seemed like a long shot, it would take almost a miracle to have Mars sterile."

Next year, NASA will launch its mission for the Mars 2020 Rover, hoping to find signs and traces of life on the red planet.

NASA physicists Jim Green believes the rover will be the first to find evidence of Mars' life.

He told the Sunday Telegraph: "This will be revolutionary. That's right, when Copernicus said "no, we don't go around the sun."

"Completely revolutionary. A whole new line of thinking will start. "

He added:" I was worried about it because I think we're close to finding it and making some messages. "

Despite his excitement, the scientist admitted that he feared the human race was not ready for the announcement that there is a life other than Earth.

NASA’s SLS rocket to the moon collides after a test

Researchers may have heard the “buzzing sound” of the universe for the first time!