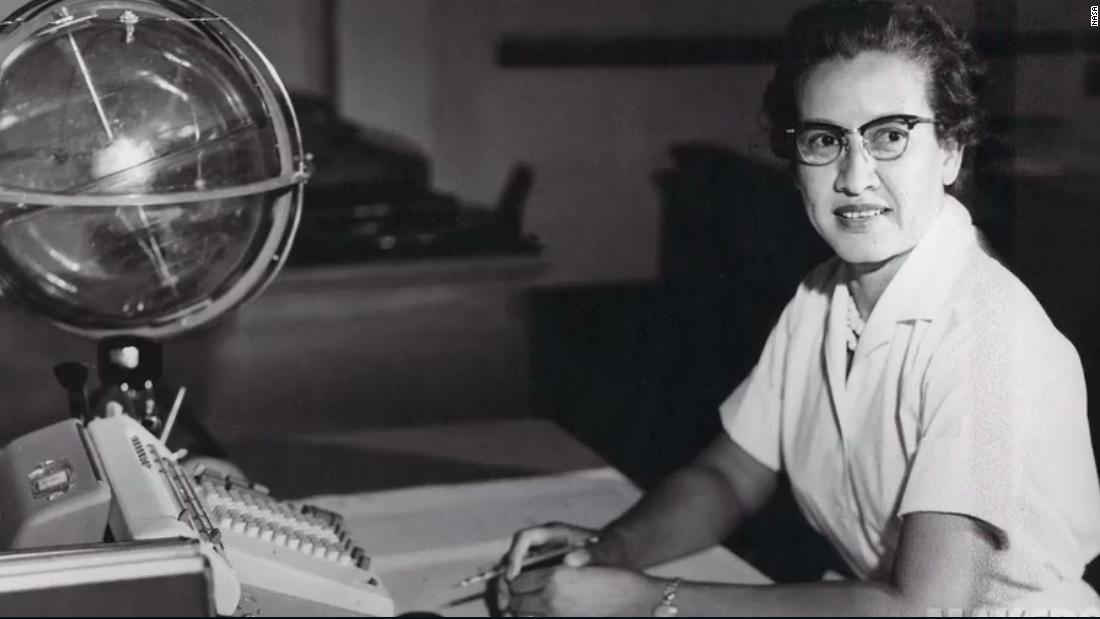 Now, her name and legacy will stay on the front and center of a NASA facility that epitomizes her work.

"The facility's program contributes to the safety and success of NASA's highest-profile missions by ensuring that mission software performs properly," the space agency said.

The renaming could not be more apt for Johnson, who hand-calculated the trajectory for America's first manned trip to space.

In the 1950s, before computers were widely used and trusted, human mathematicians were called "computers." And NASA's "Computer Pool" relied heavily on the extraordinarily complex, hand-written calculations of black female employees.

Any little error could spell disaster. But Johnson and the Computer Pool made calculations for groundbreaking, successful space missions, including Alan Shepard's 1

961 voyage – which made him the first American in space – and John Glenn's 1962 mission, which made him the first American to orbit Earth [19659002] But Johnson's contributions, like those of many female "computers," were often overlooked in history. That was until 2016 when the best-selling novel and movie "Hidden Figures" shined a light on their work and the challenges they faced – including racial segregation at NASA.

A pivotal scene in the movie features Glenn nervously preparing for his flight. Computing machines were so new, Glenn was skeptical of their calculations. So Glenn requested that Johnson – whose brilliance was known within NASA – independently confirmed the calculations by hand before he felt comfortable enough to start his trip three times around the Earth.

However, Johnson's rise within NASA was not easy.

Like many women of her time she became a teacher – but her sights were set on becoming a research matematician.

Following an executive order prohibiting racial discrimination in the defense industry, the Langley Memorial Aeronautical Laboratory began recruiting black people with college degrees in the 1940s for the computer pool

For years, the women occupied a segregated wing, "West Area Computing, "and used separate facilities. That's where Johnson started in 1953.

After just two weeks, she transferred to the facility's Flight Research Division. She worked there for years until the Soviet satellite Sputnik kicked off the space race between the United States and the USSR

Johnson pushed her way into briefings traditionally attended by men and secured in the inner circle of the American Space Program .

] Her work helped map the moon's surface ahead of the 1969 landing and played a role in the safe return of the Apollo 13 astronauts. Johnson retired in 1986.

Three decades later, the head of NASA said that it is only appropriate rename facility in Johnson's Honor in her home state of West Virginia.

"I am thrilled to be honoring Katherine Johnson in this way as she is a true American icon who overcame incredible obstacles and inspired so many," NASA Administrator Jim Bridenstine said.

CNN's Rebekah Riess, Saeed Ahmed and Emanuella Grinberg have contributed to this report.