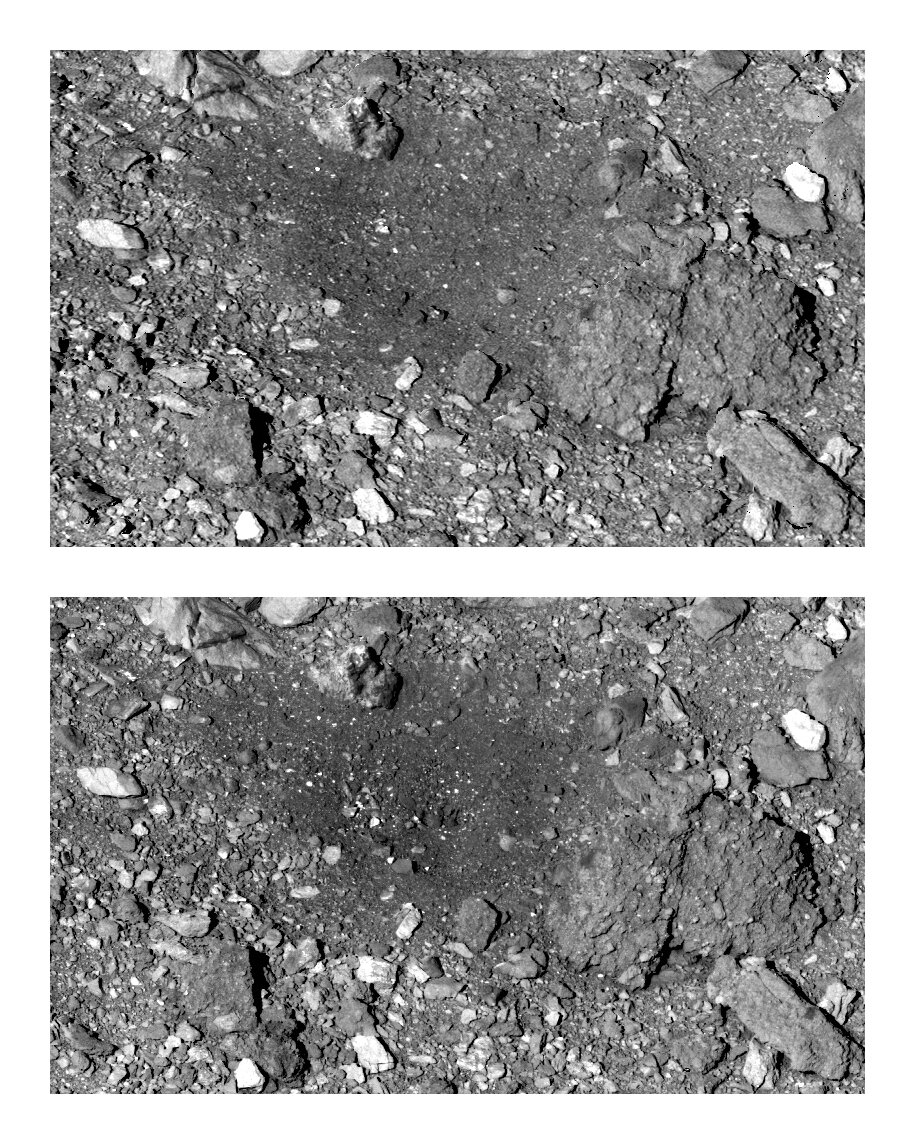 A NASA spacecraft left a mess on an asteroid when it grabbed a pile of debris to return to Earth last year, new photos revealed on Thursday.

The Osiris-Rex spacecraft last flew the asteroid Bennu on April 7 to take pictures of the concern left by the test collection in October.

A depression is seen where Osiris-Rex has penetrated the surface of the asteroid. The boulders were thrown by compressed nitrogen gas, which was fired into the ground to produce vacuum material, and by the spacecraft’s propulsion system. A 1-ton rock was thrown about 12 meters.

The Osiris-Rex team carefully plans the final flight to ensure the best shots. The photos were taken around noon to avoid shadows and to better see the changes on Bennu’s rocky surface.

“These observations were not in the original mission plan, so we were excited to go back and document what we did,” said Daton Golish of the University of Arizona.

Osiris-Rex will leave the vicinity of Benu next month and head back to Earth with his valuable test load of 2 kilograms (1 kilogram). It should arrive in 2023.

The carbon-rich asteroid’s solar orbit is 182 million miles (293 million kilometers) from Earth. By studying pieces of it, scientists hope to better understand how the planets of our solar system formed and how humans should react if an asteroid threatens Earth.

© 2021 Associated Press. All rights reserved. This material may not be published, broadcast, rewritten or distributed without permission.