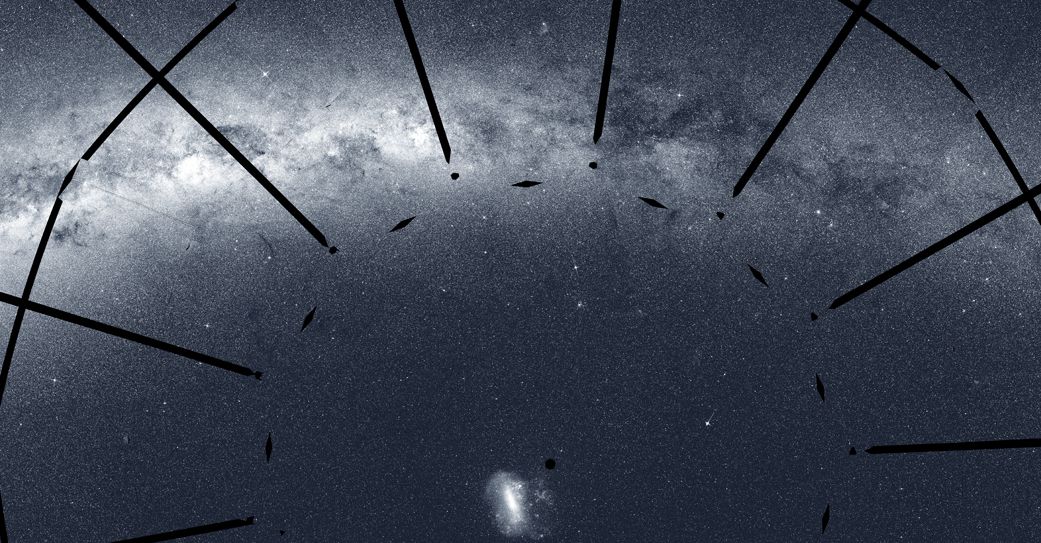 NASA's Planet Hunting Spacecraft has created a spectacular panorama of the southern sky that shows our native galaxy, the Milky Way.

The panorama includes 208 images that the Exoplanet Transit Exploration Satellite (TESS) made in its first year of scientific operations, which ended on July 18. This time in the sky is a slightly wider view than usual for a mission that is optimized to look at small planets as they pass in front of their parent stars and lightly block the starlight.

"TESS data analysis focuses on individual stars and planets one by one, but I wanted to step back and emphasize everything at once, really highlighting the spectacular view that TESS gives us all over the sky," Ethan Cruz, NASA

Embedded in these images are 29 confirmed exoplanets that TESS has discovered so far, as well as 1000 candidate worlds that astronomers want to confirm. (Typically, TESS observations in space are followed by telescope observations on Earth to verify the existence of exoplanets.) The spacecraft also depicted a comet, stellar explosions (called supernovae), and even a star torn apart by supermassive black hole.

TESS received the images, dividing the southern sky into 13 sectors and then staring at every spot in the sky for almost a month. Each of the spacecraft's charger coupled cameras captures 15,347 30-minute scientific images. In all, TESS recorded more than 20 terabytes of data – the equivalent of nearly 6,000 high-definition movies. TESS is now working on a yearlong study of the northern sky.