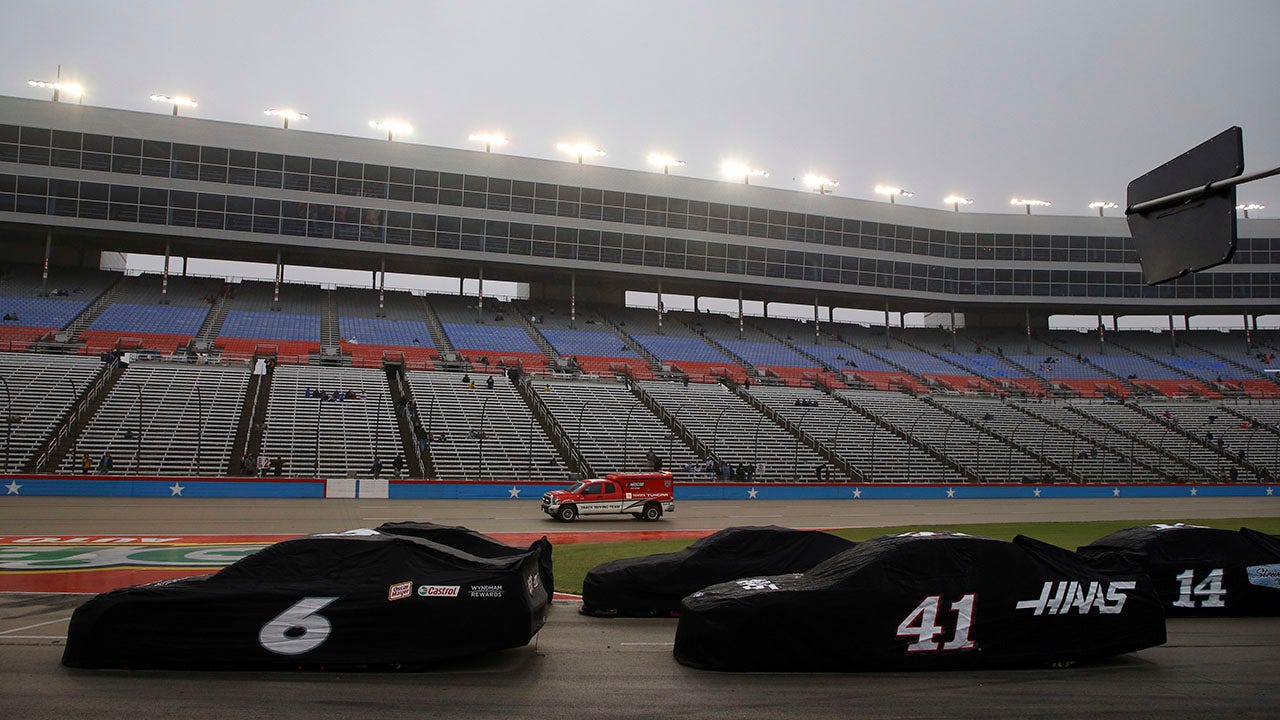 NASCAR is waiting for the weather in Texas while trying to restart the Autotrader EchoPark 500, which was marked on Sunday after 53 laps due to rain.

The Cup playoffs, which were expected to resume at 10 a.m. Monday, have been postponed until the end of the day at the earliest, as rain continues in the area around Texas Motor Speedway in Fort Worth.

NASCAR hopes to find a window that is long enough to complete at least half of the planned 334 laps to become an official race. However, with the forecast requiring wet conditions until Wednesday, the series now faces the prospect of postponing the race to next week so that teams can reach Martinsville in time for Sunday’s Xfinity 500 on Martinsville Speedway in Virginia, which is the last event before the season finale in Phoenix on November 8th.

“NASCAR will probably do everything possible to start the race in Texas without having to return next week before the planned championship race on November 8 in Phoenix. “Depending on the logistics and the amount of broadcasting and court equipment in Texas that was scheduled to be used for Martinsville next weekend, NASCAR could potentially change its schedule in Martinsville,” Fox Sports NASCAR reporter Bob Pokras told Fox News Autos.

“Martinsville’s current schedule is trucks on Friday, Xfinity on Saturday and Cup on Sunday. Martinsville has the right to have only 1,000 fans each day, which could influence NASCAR’s decision. “

NASCAR has changed its schedule several times this season in response to problems caused by the coronavirus pandemic, and has held several races on Wednesday night between Sunday’s events.

Clint Boyer was in first place in Texas when the race was stopped, ahead of Jimmy Johnson and Eric Jones, while championship contenders Joey Logano, Martin Truex Jr. and Chase Elliott will take the restart in fourth to sixth position.