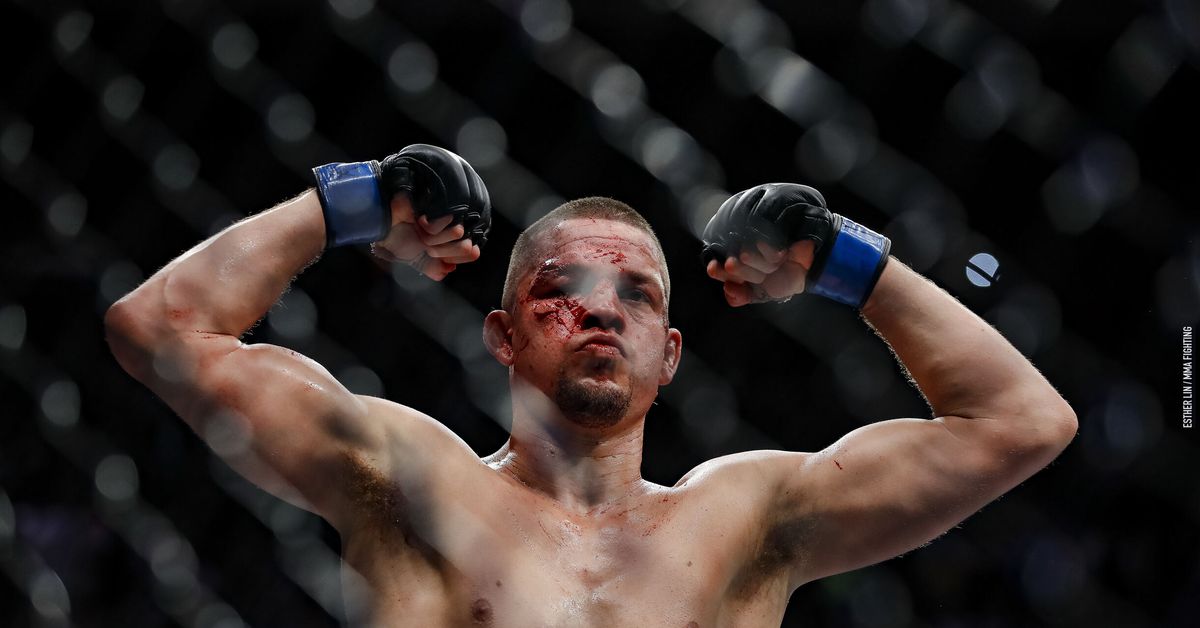 Nate Diaz has better things than asking for a rematch against Jorge Masvidal.

Last weekend at UFC 244, Diaz was not allowed to continue after the third round in his main fight against Masvidal to crown the first ever "worst child" champion * The ring doctor stopped the fight due to a huge rift above Diaz's right eye, which he suffered in the opening round, but progressively worsened with each passing minute.

Immediately after, Masvidal told Diaz that they could put him back in revenge, but UFC President Dana White quickly pumped the brakes and returned them to the Octagon again after a rather one-sided fight.

Masvidal won every round decisively, but Diaz was still ready to fight until the doctor allowed him to continue.

Now just days removed from the battle for the main event, Diaz seems uninterested in pursuing a rematch after posting a fiery message via Instagram late Wednesday night.

"F * ck rematch. It wasn't over before it started, "Diaz writes. "Go on tour. A game of peace with combat. "

At a press conference at UFC 244 after the fight, Diaz mentioned what he called" f * ckery ", which could prevent him from getting an immediate revenge against Masvidal, though both fighters were interested in meeting again.

He then said that if politics hinders the completion of what he started with Masvidal, he may simply fade into the background for another three years, having previously split between 201

Diaz was at odds with the promotion as he lost Conor McGregor's majority decision in UFC 202 before initially planning to fight last November in a slight feud against Dustin Poirier.

When that fight fell apart, Diaz sat back on the sidelines until another golden opportunity presented itself when he faced Anthony Petis at UFC 241 in August. After a decisive victory in this match, Diaz turned his attention to Masvidal, who ended up with the main event at UFC 244.

It looks like Diaz is ready to fade from the spotlight again for an extended period of time with UFC buckling in a potential match with Masvidal.