Two separate types of human ancestors can occupy a cave in Siberia at the same time thousands of years ago.

Two new studies analyzing the findings now suggest that the site is was the home of Denisovans 287,000 years ago before a possible overlap with the arrival of Neanderthals 193,000 years ago. 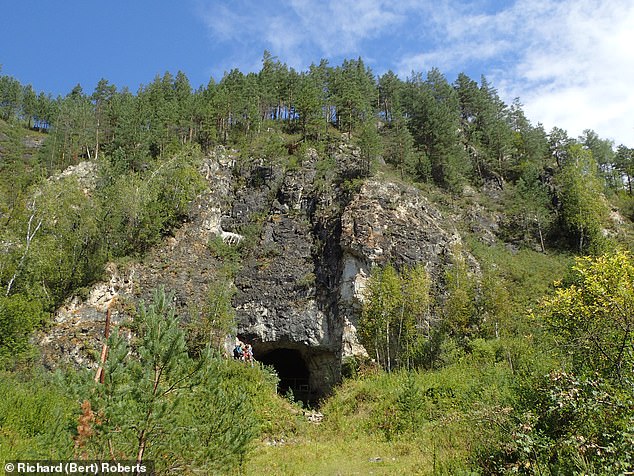 Many of the denizs remain a mystery; although their existence in the place is known for fragments of bones and teeth, the size and complexity of the cave (pictured) hampers their study

Many for the denizens remain a mystery; although their existence in the place is known from fragments of bones and teeth, the size and complexity of the cave is difficult to study.

In a new effort, a team led by researchers from Wollongong University used a technique known as optically stimulated luminescence to analyze the sediments of the Denisova cave

. This allows them to estimate when some mineral grains were last exposed to sunlight to create a timeline for the fossils and artifacts found there. According to the team, the occupation of the site stretches from about 300,000 years ago to 20,000 years ago. 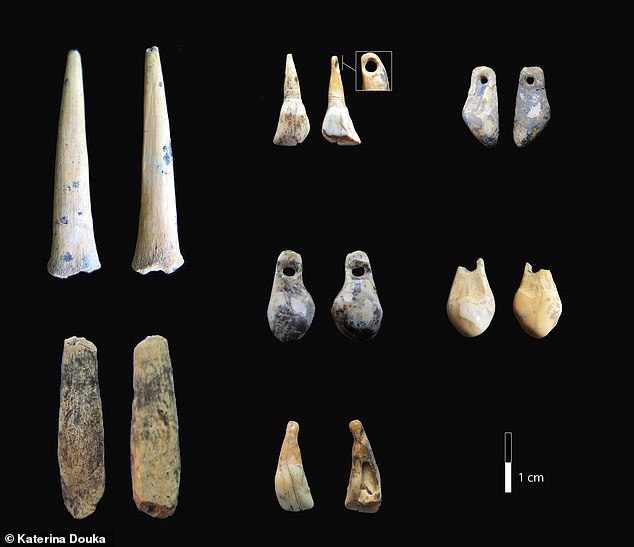 Researchers have long been working to limit the occupation of chronology Inini cave Denisova after artifacts, including stone tools and bone points (pictured), were found on the site [19659022] The two new studies published in Nature this week could help to refine our understanding of the missing history of homininite. The above-mentioned pendant found in the Denisova Cave ” class=”blkBorder img-share” />

The two new studies published in Nature this week can help to improve our understanding of the disappeared history of the Hominins. A hanging pendant found in the Denisova cave is shown above 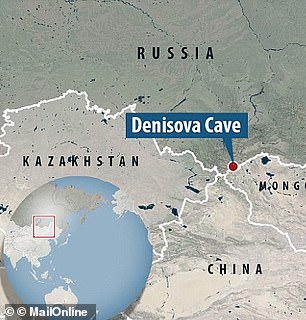 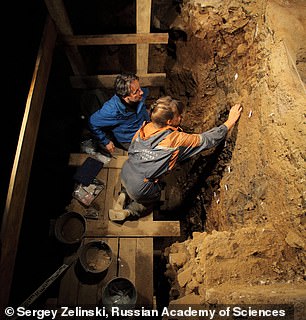 Two new research studies analyzing the findings now suggest that the site as Denizanovi's home 287,000 years ago before any overlap with the arrival of the Neanderthals 193 000 years ago

WHAT ARE THE DENISES?

Although the remains of these mysterious early humans are found only in one place – the Denisova Cave in the Altaic Mountains in Siberian DNA analysis showed that they are widespread. DNA from these early humans is found in the genomes of modern humans in a wide area of ​​Asia, suggesting that once they have covered a wide range. in 2010 (pictured), belonged to a young girl, revealed that the denis are a kind associated with but different from the Neanderthals. ” class=”blkBorder img-share” />

The DNA analysis of a finger bone fragment in 2010 (pictured) belonged to a young a girl, revealed that the denis are a kind associated with, but It is believed that they are a nursing species from the Neanderthals who lived in West Asia and Europe at about the same time. to be separated from a common ancestor about 200,000 years ago until they were separated from the modern human genus Homo sapien some 600,000 years ago. The grains of bones and ivory found in the Denisova cave were found in the same layers of sediment as the fossils of Denisov, which led to the assumptions that they had sophisticated instruments and jewels. The analysis of a fifth digit of the fingers' bone in 2010, belonging to a young girl, reveals that they are a kind related to but different from Neanderthals.

Genetic studies later show that ancient human species are separated from Neanderthals somewhere between 470,000 and 190,000 years.

Since then, anthropologists have puzzled whether the cave was a temporary shelter for a group of these Denisos or has formed a more permanent settlement. DNA from molar teeth belonging to two other individuals, an elderly man and a young woman, have shown to have died in the cave at least 65,000 years earlier.

It is believed that a third molar belonged to an adult man who died 7500 years before the girl whose puppy was discovered.

Bones and pendants found in the cave can

Together, the two new studies provide a fuller chronology of habitation.

– Although there may still be uncertainty about the detailed ages of the remnants – given the nature and complexity of deposits and the methods used for dating – the picture is now clear, "writes archbishop Robin Denel in the accompanying article News & Views.