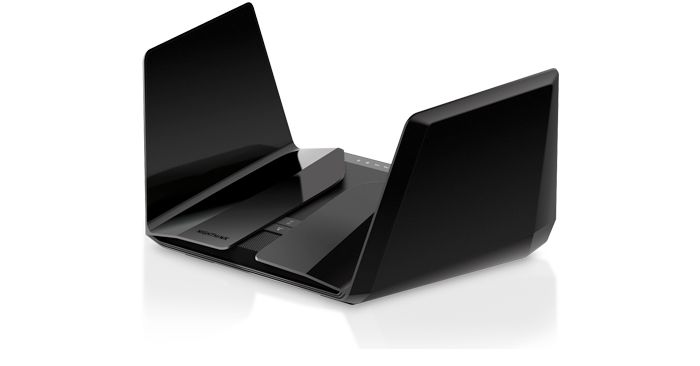 Netgear is announcing a new high-end router today with two stand-alone features: first, it supports Wi-Fi 6, the brand-new Wi-Fi standard; and it's a tri-band model, meaning it's capable of delivering much more data at once.

Tri-band routers have become popular thanks to mesh networks, which involve placing a number of routers around your home to get a stronger signal everywhere. In this case, a third band is often used as a dedicated communication channel between the routers, so that the actual information you are requesting does not get delayed

For this new router, the Nighthawk Tri-Band AX1

2, mesh networking is not part of the equation. It's just a standalone router.

The router includes a single 2.4GHz band and dual 5GHz bands, with all three bands including 4 x 4 antenna arrays. Wired connectivity is high-end as well: the router supports up to 2.5 Gbps connections and includes five gigabit Ethernet ports for networking.

Very few people have access to this kind of speed at home, so this router's specs are going to be far more than most people need. It will sell for $ 599 and will be available in May

Netgear has already announced a pair of other Wi-Fi 6 routers with the same design spacecraft design: the AX8 and AX12 (which, yes, is different than today's confusingly named Tri-Band AX12). Both of these are dual-band routers offering 6 Gbps of connectivity and a number of gigabit Ethernet ports. They're also somewhat cheaper, with the AX8 going for $ 399 and the AX12 for $ 499. TP-Link has unveiled several Wi-Fi 6 routers as well.

Wi-Fi 6 is just beginning to come, and since it's brand-new, it's not a great surprise to see it come first to high-end routers. But it will not be until Wi-Fi 6 arrives on cheaper models – those most people pick up when they walk into Best Buy to get a new one after their current model suddenly stops working – that the new standard will really start to catch on.