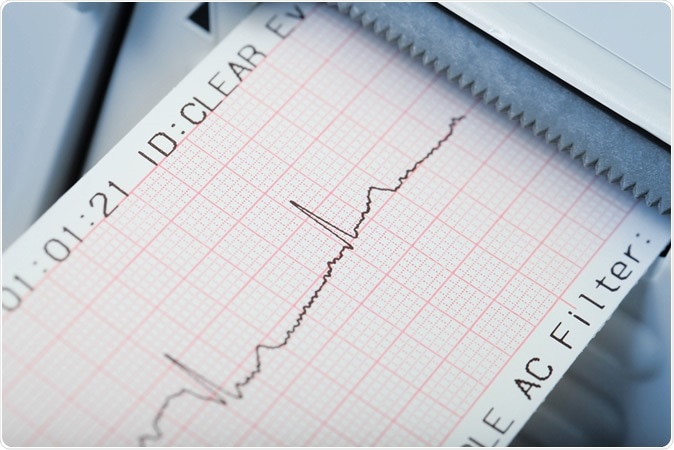 The Task Force for the management of patients with supraventricular tachycardia of the European Society of Cardiology (ESC): Developed in collaboration with the Association for European Pediatric and Congenital Cardiology (AEPC), ”appeared online in the European Heart Journal at the ESC website. The authors write that these guidelines, “summarize and evaluate available records with the goal of assisting health professionals in proposing the best management strategies for an individual patient with a given condition.”

The document states that Supraventricular tachycardia (SVT) is a condition where the heart rate is over 100 beats per minute (exceeding the normal of around 70 to 90 beats per minute). SVT results due to impaired impulse generation and transmissions via the nerves of the heart that maintains the normal heart rhythm. Around 0.2 percent of the population is diagnosed with SVT, making it one of the common forms of cardiac arrhythmias. Age is one of the greatest risk factors in the development of SVT with those over 65 years of age being at five times greater risk. Women are also doubly at risk of SVT compared to men. The tachycardia or fast heart rate usually begins at the atrium or the smaller chambers of the heart and does not cross over to the ventricles. The SVT usually starts and stops abruptly. The authors of the guidelines state SVT is not a life threatening unlike ventricular tachycardia. However, if left untreated, SVT could raise the risk of getting heart attacks and strokes. In addition, patients may suffer from debilitating symptoms such as palpitations, chest pain, shortness of breath, black outs, vertigo etc.

Last guidelines for the treatment of SVT were published in 2003. The team wrote, “The ESC published management Guidelines for supraventricular tachycardias (SVTs) in 2003; corresponding to the US guidelines have also been published, the most recent being in 2015. ”In these 2019 guidelines, the drug therapy for SVT has not changed significantly. Catheter ablation however has been included in the treatment modality. The guidelines also mention the management of SVT in pregnant women because in them the presence of SVT is fraught with risks to the mother as well as the baby.

Professor Josep Brugada, Chairperson of the Task Force and Professor of Medicine guidelines, University of Barcelona, ​​Spain, said, “We have more data on the potential benefits and risks associated with several drugs, and we know how to use them in a safer way. In addition, some new antiarrhythmic drugs are available. ”He added that the use of these drugs is associated with lowering their effectiveness and increase in side effects.

The authors of the guidelines wrote,“ Owing to the fact that the previous Guidelines on SVT were published 16 years ago, many drugs that were recommended at that time are not considered in the 2019 Guidelines. In addition, techniques and indications of ablation techniques have changed. ”The team writes that the major alteration in the new guidelines is the inclusion of newly available medications and approaches to treating SVT. Catheter ablation for example is a new development over the past 16 years. The method is used to freeze the affected region of the heart tissues and thus prevent the arrhythmias from originating.

Professor Demosthenes Katritsis, Chairperson of the Task Force and Director of the 3rd Cardiology Department, Hygeia Hospital, Athens, Greece, in a statement said, “Catheter ablation techniques and technology have evolved in a way that we can now offer this treatment modality to most of our patients with SVT. ”

Regarding management of SVT in pregn Ant women, Prof Katritsis said that all antiarrhythmic drugs should be avoided in them especially in the first trimester. He added, “Pregnant women with persistent arrhythmias who have not responded to drugs, or for whom other therapy is contraindicated or not desirable, can now be treated with catheter ablation using new techniques to avoid exposing themselves or their baby to harmful radiation levels. ”

Prof Brugada concluded that all persons experiencing palpitations and symptoms of SVT should seek medical help. He said, “Always seek medical help and advice if you have a fast heartbeat. If SVT is suspended, you should undergo electrophysiology studies with a view of catheter ablation, as several of the underlying conditions may have serious long-term side effects and inadvertently affect your wellbeing. Prevention of recurrences depends on the particular type of SVT, so ask your doctor for advice. Catheter ablation is safe and cures most SVTs. ”