Our Solar System is full of planets and moons that are quite interesting, varying from dusty rock worlds like Mars to frigid collections of methane lakes like Saturn's moon Titan. But of all the objects orbiting Sun, Jupiter has to be the most interesting to look at. NASA's Juno orbiter has been doing some fantastic work as it orbits the gas giant, sending back stunning images of the planet in greater detail than it does anyone has ever seen. 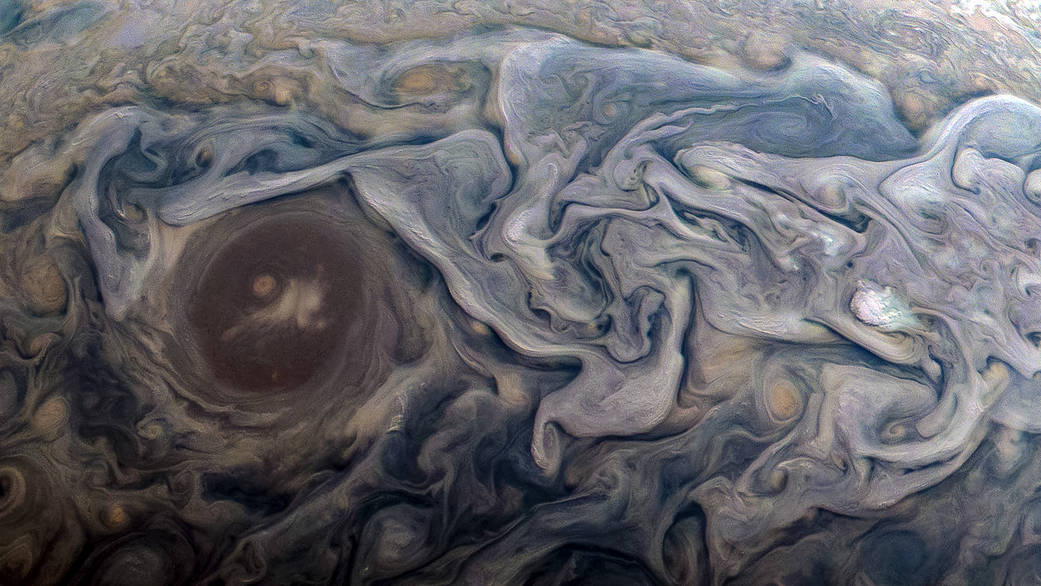 NASA says the image was snapped back on February 1

Jupiter is covered in massive storms that stretch for hundreds of miles into the planet. In terms of overall size, some of the storms – like the iconic Great Red Spot – could swallow Earth many times over. Understanding how the storms are born, live, and die, as well as what powers them, is something NASA's Juno team has been working on for a long time now.

Much of Jupiter is still a mystery to scientists, as we have very little idea what the huge storm clouds are hiding deep within the planet.