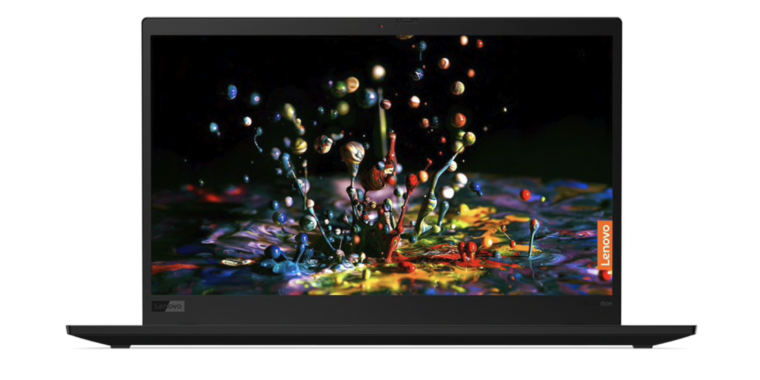 Today, Lenovo announced the seventh-generation launch plans for its mission-critical ThinkPad X1 Carbon laptop. A number of modest changes are being made to the already powerful line of business laptops, with the most notable being the 10th generation Intel Carbon Lake processors.

Earlier, we reviewed the ThinkPad X1 Carbon and found it to be one of the strongest business laptops on the market thanks to its good performance, strong battery life and an exceptional keyboard. One of our main complaints with last year's model – the lack of a 4K option, was addressed this year. So now you can get the laptop in both FullHD or 4K variants and WQHD. The 4K variant offers an option of carbon-woven fabric for the lid, giving it a more premium look. Or so Lenovo suggests.

As noted, we already liked the performance and battery life of this line, but these are really the two major areas of improvement with this release. The 10th Intel Core i5 or Core i7 processors (has a six-core configuration at the highest end) carry more energy efficiency and promise up to 18.5 hours of battery life in the FHD configuration. The 14-inch display reaches maximum brightness at 400 nits (for the FHD version) or 500 nits with HDR support (for the 4K version).

Other features include Dolby Atmos, 720p webcam with privacy shutter, 8GB or 16GB of LPDDR3 memory, SSD storage up to 2TB, two Thunderbolt 3 ports, USB 3 Type-A, HDMI 1.4, headphone jack and Gigabit Ethernet. The 2.4-pound X1 Carbon will start at $ 1,479 when it ships in September.

Lenovo also brought the tenth-generation Intel processors of the X1 ThinkPad Yoga, which will go on sale in September at a price of just over $ 1600. Several of the ThinkPad laptops on the lower end (T490, X390, L13, and L13 Yoga – all in October) also saw processor irregularities. L13 and L13 yoga have also received modest redesigns, with smaller frames and some new features previously seen in higher-end Lenovo laptops. You can find the full, up-to-date composition on the Lenovo Web site.