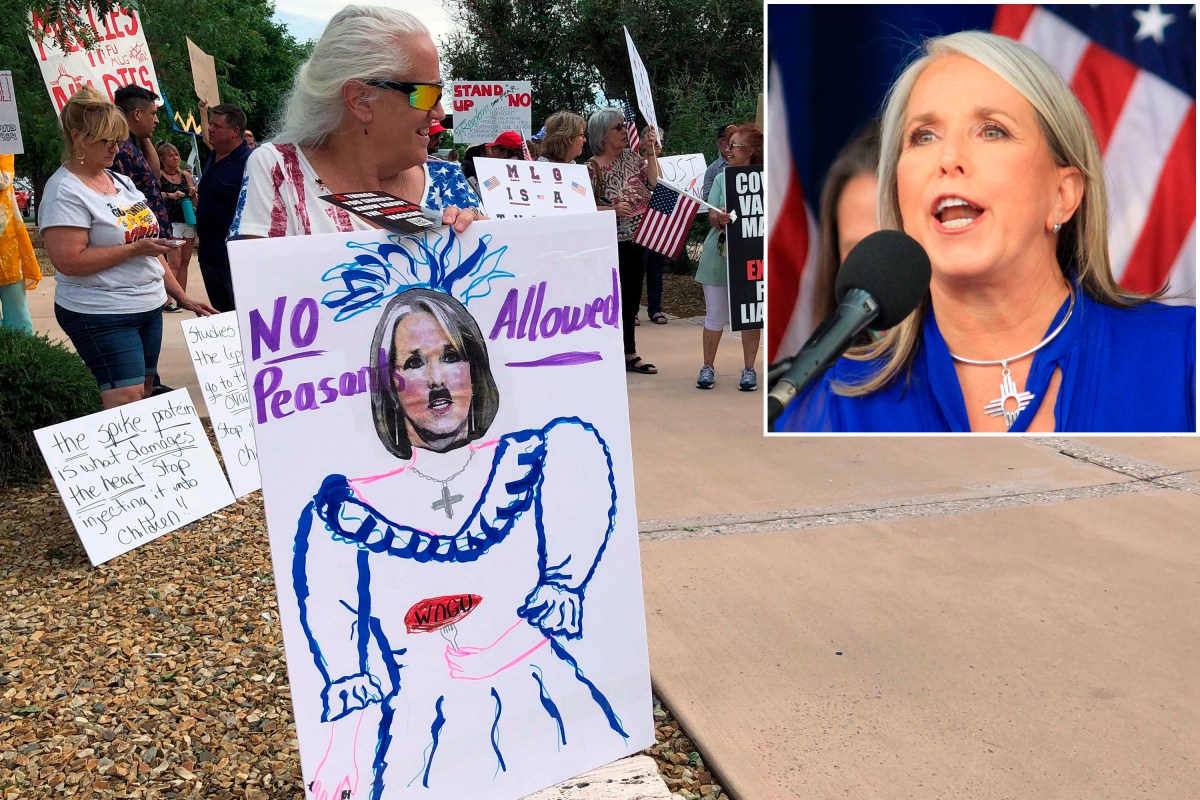 New Mexico Gov. Michel Lucian Grisham has dismissed protesters who appeared in her re-election campaign as “people with QAnon lizards.”

“I know it’s going to be strong, and I just have to say I’m sorry we picked the same place the QAnon lizards were,” the Democrat said, laughing, according to Santa Santa New Mexican.

The “crunchy” protesters gathered in front of the museum in Albuquerque to disrupt her press conference, the newspaper writes.

The protest signs read: “Manager, we are not your subjects,” “Open all businesses now,” and “Stop obeying.”

“She is praised by [President] Biden for being one of the best people to lock up this country and applauding it, but we actually see this as tyranny because it actually forced people to not be able to work, “said John Ramacotti, a protester with a gun and an intensive medical sister, the newspaper says. “I feel like she really hurt our people, our children.”

Lujan Grisham’s campaign spokesman, Kendall Witmer, said the governor “certainly made the shortest speech ever” – after interrupting the protest.