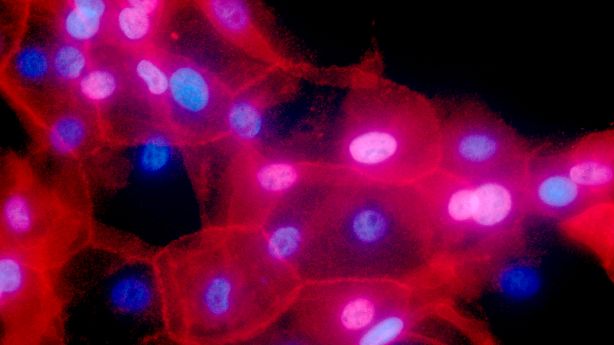 ATLANTA (CNN) – More women should be evaluated for deleterious mutations in the BRCA1 and BRCA2 genes, which may increase the risk of some cancers, according to new recommendations.

It is previously recommended for women who have a family history of breast, ovarian, tubal, or peritoneal cancer to be evaluated for BRCA1 or BRCA2 deleterious mutations. This recommendation was most recently made in 2013 by the US Task Force on Preventive Services, a voluntary panel of national experts that provides evidence-based recommendations for the primary care community.

The USPSTF is now updating its recommendation for this risk assessment to include women. who have been personally diagnosed with breast, ovarian or tubal cancer in the past but have completed treatment and are considered "cancer free" and those who have certain ancestors related to BRCA1

or BRCA2 mutations, such as Ashkenazi Jewish .

Routine risk assessment is not recommended for women whose personal history, family history or ancestry does not suggest that BRCA1 or BRCA2 deleterious mutations may be present.

"It is important for women to be aware that although breast cancer is the second most common cancer in women, these mutations are actually quite rare," says Dr. Carol Mangione, a primary care physician and professor of medicine and Public Health at the University of California, Los Angeles, a member of the United States Preventive Services Task Force

In the general population, BRCA1 and BRCA2 mutations occur in approximately 1 in 300 to 500 women and represent 5% to 10% of breast cancer cases and 15% of ovarian cancer cases, according to USPSTF.

why the second part of the recommendation is also important that we recommend against routine risk assessment, Elling kunas and genetic tests for women who have no personal history, family history or background related to harmful mutations, "said Mangione.

In order to update its recommendation, the USPSTF reviewed an evidence report that included 103 previously published studies on the accuracy of risk assessment tools, the results of genetic counseling and testing, and the BRCA-related cancer risk reduction interventions .

The updated recommendation notes that for women who are recommended for screening for BRCA1 or BRCA2 mutations, the genetic risk assessment and BRCA mutation test is a multi-step process that usually begins with a visit to a physician with a primary care.

The Risk Assessment Tool helps first identify patients with family or personal histories of the breast, ovaries, and more. tubular or peritoneal cancer or an origin associated with a deleterious BRCA1 or BRCA2 mutation. This assessment helps determine whether the patient should then undergo genetic counseling, which may further evaluate the risk, followed by genetic testing.

Some women found to have deleterious BRCA1 or BRCA2 mutations may choose to take additional steps to reduce their risk of cancer, such as undergoing intensive screening, taking risk reduction drugs, or undergoing of risk reduction operations, the choice known by actress and UN Special Envoy Angelina Jolie.

An updated statement of the USPSTF recommendation clarifies that primary care physicians should evaluate women with a personal or family history of breast, ovarian, tubal or peritoneal cancer for possible BRCA1 or BRCA2 mutations, stated Dr. Banu Aaron. professor of breast medical oncology and director of the medical department of the Cancer Clinical Genetics Program at MD Anderson Cancer Center in Houston, who did not participate in the new recommendations.

"If patients meet the initial screening criteria and are targeted for indicated genetic counseling and testing, insurance should cover genetic testing," said Arun.

"These recommendations also confirm that the use of validated screening tools the risk is appropriate to use in the primary care setting. "

The updated USPSTF recommendation for BRCA genetic testing, as well as mammogram screening," are vulnerable to criticism that differences in breast cancer are inadequately addressed, "according to a publication on Tuesday in JAMA Surgery.

." Disproportionately high rates of breast cancer mortality in non-Hispanic women are a major public health problem. Resolving this discrepancy in the context of evidence-based guidance is an inevitable challenge, as top-level evidence is often insufficient to account for breast cancer outcomes specific to "racial or ethnic minorities," the author wrote, e Lisa Newman of New York Presbyterian / Will Cornell Medical Center.

The revised recommendation "provides an important service of recommending primary care physicians to take a proactive position in assessing the risk of breast and ovarian cancer by documenting personal as well as family history of cancer and retrieving information on Ashkenazi Jewish origin, "Newman writes.

" However, as with any other direction, it remains imperative for clinicians to exercise clinical judgment and to comply with patient subgroups that do not necessarily fit into hands to the majority or the general population "

Dr. Rachel Jung of the University of Washington at Seattle and Dr. Larissa Corde, National Cancer Institute, co-authored a separate editorial published in JAMA Oncology on Tuesday [19659002] The editorial mentions that clinicians need to be aware of the increasing distribution of genetic testing products directly to consumers and the complexity they

for example, last year, authorized by the US Food and Drug Administration and testing directly to users for three specific mutations in the BRCA1 and BRCA2 genes that are most common in Ashkenazi Jewish people. [19659002] The prevalence of such a mutation "is estimated at about 2% for women with Ashkenazi Jewish heritage, but only 0.1% for women from another population. This raises the possibility of a falsely guaranteed patient being falsely guaranteed. from a negative test result and not seek further evaluation or even that the clinician may mistakenly assume that the patient does not need referral, "Jung and Korde wrote.

They call for additional BRCA-related cancers , to be considered when evaluating