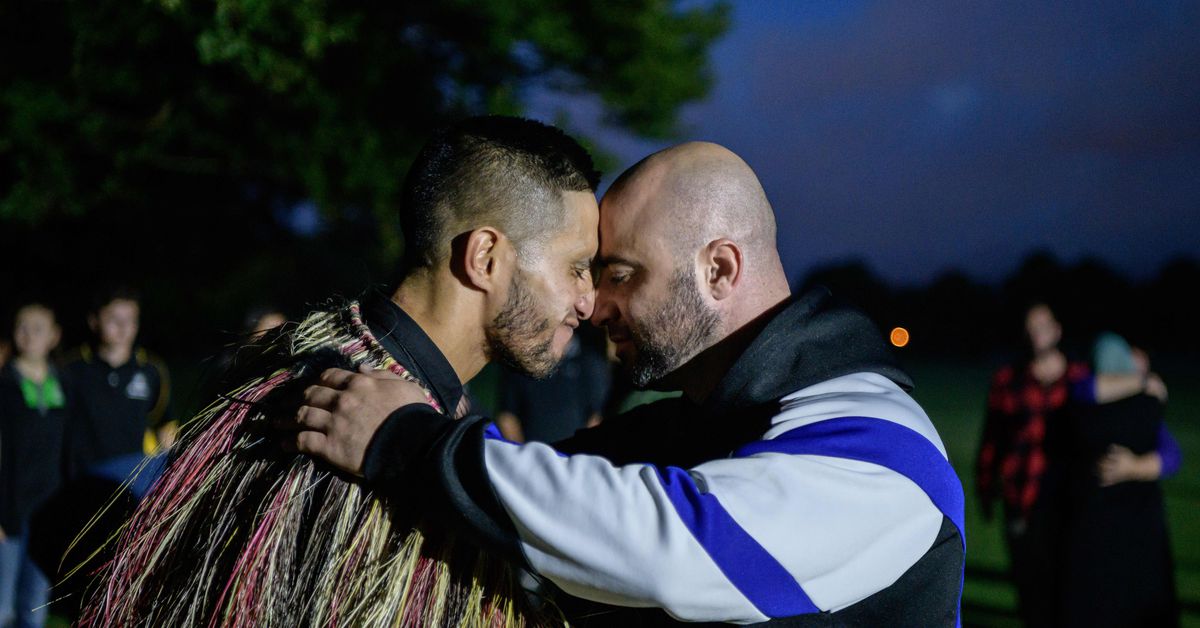 "New Zealand mourns with you. We are one. "

These are the powerful words New Zealand Prime Minister Jacinda Ardern told the crowd of thousands of mourners who had gathered Friday for a Muslim prayer service in front of the Al Noor Mosque – one of two mosques where a gunman who espoused white nationalist views killed 50 worshippers last week.

It is the same feeling that Ardern expressed in her very first public statement during the chaotic moments immediately after the attacks, when she said: "Many of those affected may be migrants, may be refugees. … They are us. … The perpetrator is not. "

It's also a feeling that has been echoed by thousands of New Zealanders from all walks of life in the week since the atrocity.

"According to the Prophet Muhammad … the believers in their mutual kindness, compassion, and sympathy are just like one body," said the Prime Minister, who was dressed in a black headscarf, at the huge gathering in Christchurch's Hagley Park on Friday.

"When any part of the body suffers, the whole body feels pain," she continued. "New Zealand mourns with you; we are one. "

Thousands of other non-Muslim women, from police officers to TV news presenters to everyday citizens, followed Ardern's lead by wearing headscarves Friday at the memorial. They also donned headscarves at similar events at the mosques around the country, out of respect for and in solidarity with the Muslim community.

The Muslim call to prayer, or adhan, was also broadcast on national radio and television across New Zealand at the beginning of the memorial service, followed by a two minute moment of silence.

And around the country, New Zealanders came out to perform the traditional Maori ceremonial dance known as the "haka" to honor the victims of the shooting.

Maori are indigenous to New Zealand, and their culture and traditions are a great part of that country's national culture and identity. Numerous hakas, many of them impromptu, have taken place around the country in the week since the attacks – performed by everyone from students to leather-clad bikers.

All these gestures of solidarity have been a balm to the hearts of the country's tiny Muslim community, which makes up roughly 1 percent of the New Zealand's population.

"We are brokenhearted, but we are not broken. We are alive, we are together, we are determined not to let anyone divide us, "New Zealand imam Gamal Fouda, who led the Friday service in Hagley Park, told the crowd in a moving 20-minute speech.

He also praised Arden for her leadership and compassion in the aftermath of the attacks, calling it a lesson for world leaders.

"Thank you for holding our families close and honoring us with a simple scarf," Fouda

These expressions of solidarity also make something even more powerful: They serve as a forceful, unequivocal rebuke of the alleged shooter of Christchurch who killed 50 Muslims and injured dozens more.

The 74-page manifest that the alleged shooter is believed to have posted online shortly before performing the attacks is titled "The Great Replacement."

New Zealanders have sent a clear message: ] This is a clear reference to the writings of a controversial French philosopher Renaud Camus. As Sarah Wildman, who interviewed Camus for Vox in 2017, explains, "Camus argues that European civilization and identity are at risk of being subsumed by mass migration, especially from Muslim countries – this is a concept that refers to as 'Great Replacement.' "

This idea is the cornerstone of a white nationalist ideology around the world, and it is a theme that runs through the alleged manifestation of the shooter's entire manifest, which provides the best insight we have so far into his alleged motives for the attack.

The author explicitly states that his reason for carrying out the attack against the New Zealand's Muslim community, many of whom are immigrants, was to "most of all show the invaders that our lands will never be their lands, our homelands are our own and that, as long as a white man still lives, they will NEVER conquer our lands and they will never replace our people. "

Yet the myth of an imminent "cultural replacement"

But the New Zealanders, with their expressions of unity, just delivered a powerful blow to that myth.

The students and bikers and indigenous Maori who performed hakas to honor the victims; police officers and TV news presenters who donned headscarves in solidarity with their Muslim neighbors; and the thousands of other New Zealanders who showed up for Friday prayers at the mosques across the country sent a clear message: Muslims in our community are not invaders. And they're not "replacing" anything.

They're New Zealanders. They are us.

"He was hoping to divide us," the 52-year-old Christchurch resident Bell Sibly, who wore a headscarf to the memorial to show her support, told NDTV on Friday. "