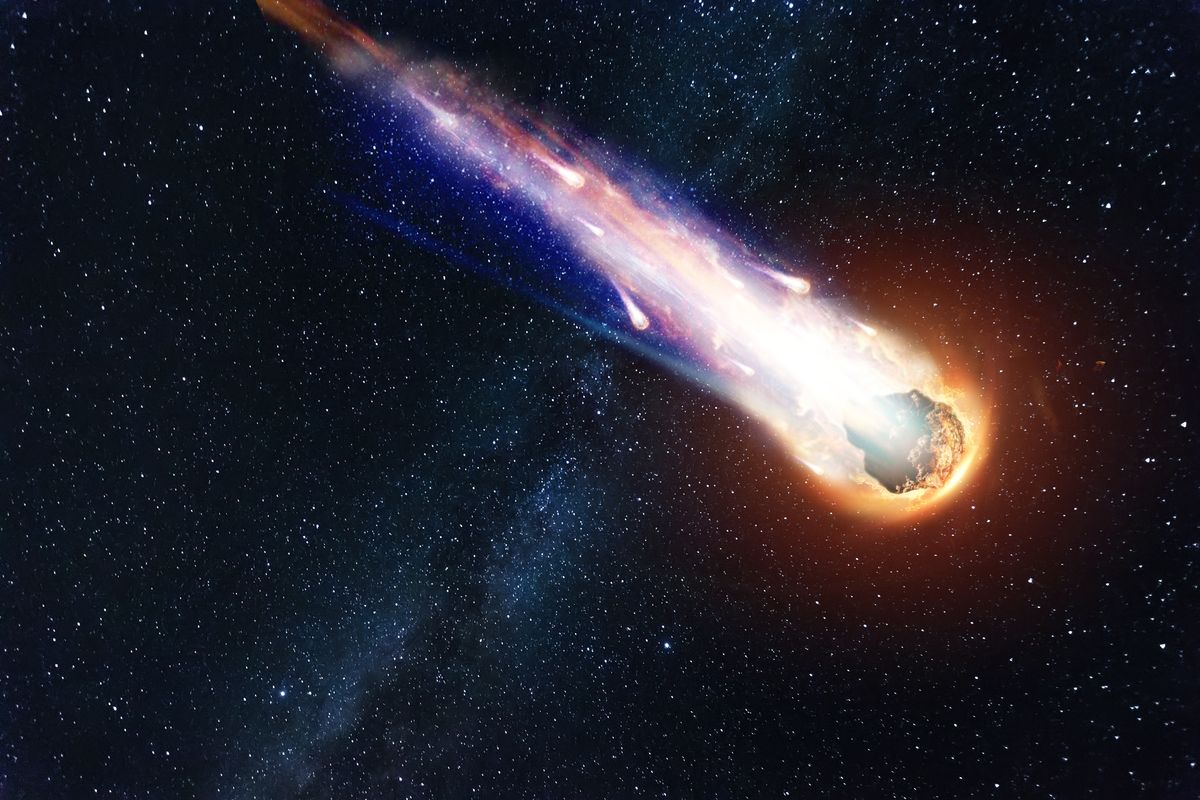 Beginning as small ice bodies on the outskirts of the solar system, comets turn into spectacular streaks of light as they pass through the "gate" near Jupiter, according to new research.

This gateway is a region of space where objects called centaurs – small ice bodies orbiting between Jupiter and Neptune – begin to move closer to the sun. As they do so, they heat up and become "active", first releasing dusty haloes of gas – which makes these small bodies, technically, comets. "We realized there was an orbital point in the orbital space where small bodies change their orbit, which we called the 'gate,'" said lead author Gal Sarid, a planetary scientist at the University of Central Florida.

The gateway region is like a donut that wraps itself around an internal solar system containing many possible orbits in its thick ring. Sarid and his team first came up with the idea of ​​a gateway after looking at a special centaur named 29P / Schwassmann-Wachmann 1

or SWI. Although technically a centaur, SWI is very active, regularly emitting gases as the comet does, Sarid said.

The researchers then modeled other such ice bodies on the outskirts of the Solar System and that many of them took the same path as SWI, originating beyond Neptune, moving into a rough orbit between Jupiter and Neptune and then to this portal. In fact, scientists found that one in five centaurs they analyzed went into a similar orbit as SW1 at one time.

In making this same journey, centaurs give birth to most of the comets in the Jupiter family, a group of comets called "short-period comets," meaning those who have been orbiting the Sun for less than 200 years. Their models show that centaurs do not stay long in the gate area; most become comets from the Jupiter family within a few thousand years and move into the internal solar system. This is a short time given that comets can live millions or billions of years.

But this is not a one way trip. Researcher models show that Jupiter comets also sometimes move back into the gate, away from the sun. Data shows that 70% of the comets in the Jupiter family spend time in the gate, either moving to the inner solar system, or moving to the outskirts. "They can go back and forth like a revolving door," Sarid said.

"The gateway model is not designed to solve every possible question," Sarid said. "The idea was to identify the region where this transition occurred." This model may ultimately tell us a little about the early solar system, he added. "When the solar system was formed very early, it was made up of smaller pieces into larger pieces," for example, how you build furniture from Ikea, he said. These comets, centaurs and other small items are like cabinet nuts and bolts.

The results were first published in the pre-press magazine arXiv on August 12 and will be published in letters to the Astrophysical Journal this week.