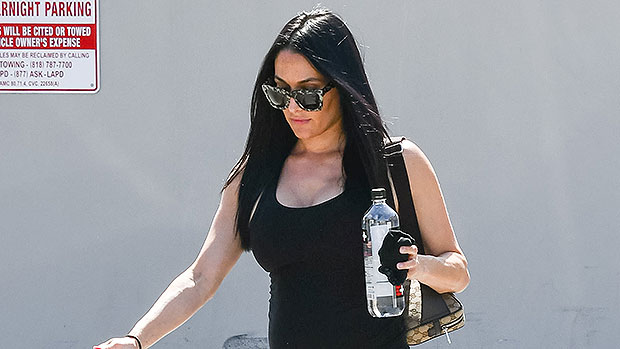 Nicki Bella told her story on Instagram to peek at her fans in her body after the baby and assured them that “get there slowly but surely.”

Nicky BellaAt 37, she inspired fans with her body journey after pregnancy and she recently shared a few photos to show her progress. The new mother who gave birth to her son Mateo five months ago, he posted two new photos on Instagram showing his belly and revealing his training plans in one of the captions. “Getting there slowly but surely,” she wrote in the caption on the first photo, which showed her wearing a white long-sleeved top and matching sweatpants while taking a mirror selfie.

In the second photo, she wears the same thing, but gave fans a side view of her impressive section. “We will finally start training this weekend, hopefully today, but definitely tomorrow! And on Monday I will start the @theyogastandard 30-day challenge! I miss hot yoga so much! She wrote in the second caption, while showing a “yes” or “no” question that asked “Do you miss hot yoga? “

Nikki’s last two photos are not the first she shows to her body after the baby. The beauty who shares her boyfriend with a fiancé Artem ChigvintsevAt the age of 38, she was very open about her desire to gain weight before pregnancy. On September 7, she revealed that she was still 18 pounds from what she weighed before she became pregnant, and also shared a photo of her belly after the baby while wearing a black lingerie set. She also posted videos in the same outfit and revealed how she tries to be “raw and real” about her postpartum process.

“Sometimes in the spotlight, we don’t really show how difficult it can be to give birth and the journey to get your body back,” she explained. “So I want to translate for you in the best, harshest way. Here I am. “She went on to say that publishing the video was” really hard to do, “but said she knew it was the” right thing to do. “

Nikki is also open about postpartum depression and talks about it in the December 22 episode of the model Ashley Grahamis a podcast Pretty big deal. “What I’ve realized is that as mothers, we don’t talk enough about it because I think we all feel that we automatically think we hate our baby if we say we have postpartum depression, which is not it at all,” she said. explain. “It’s completely a battle in yourself, in your partner [or] significant others. I think, especially for career women. “

“We come out of these big careers and then we’re here. And then I look in the mirror and then I think, [with] we are in the spotlight, we have so much pressure on us to go back to where we were for a short time, ”she continued, before revealing that she thinks the pressure is complete bix * t.