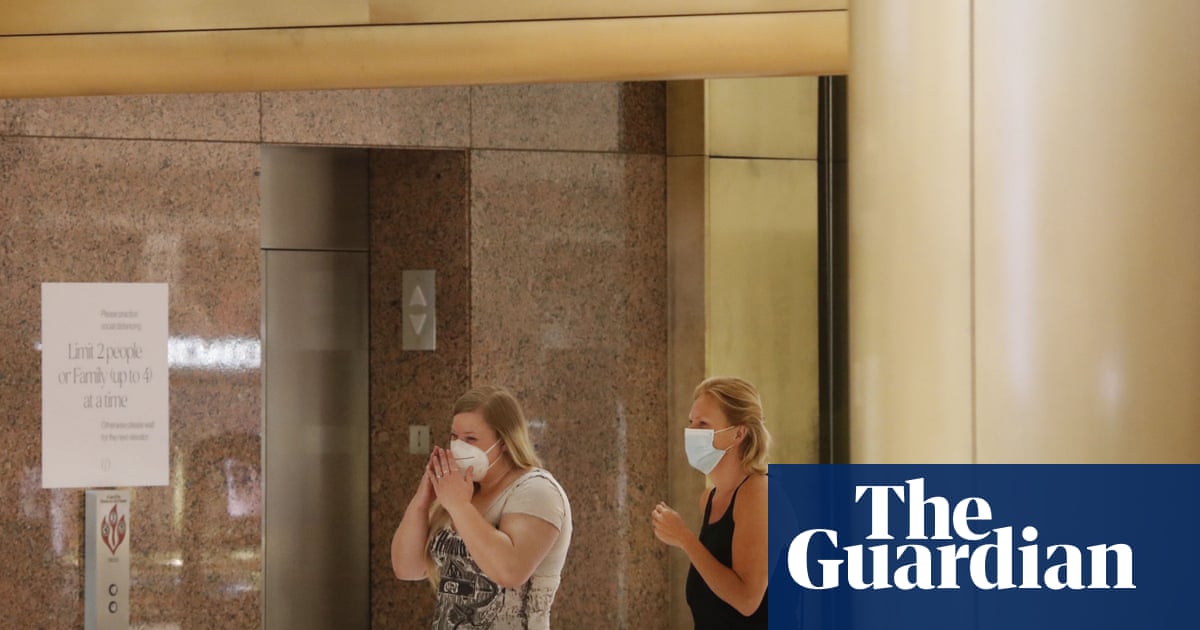 n the last few weeks a spate of American stores have made headlines after putting up signs telling customers who wear masks they will be denied entry. On Thursday, Vice reported on a Kentucky convenience store that put up a sign reading: “NO Face Masks allowed in store. Lower your mask or go somewhere else. Stop listening to [Kentucky governor Andy] Beshear, he’s a dumbass. ”

Another sign was posted by a Californian construction store earlier this month encouraging hugs but not masks. In Illinois, a gas station employee who put up a similar sign has since defended herself, arguing that mask-wearing made it hard to differentiate between adults and children when selling booze and cigarettes.

1; something he didn’t want to “give the press the pleasure of seeing”. But while it is gratifying to see the emperor finally forced to wear clothes, you’ve got to wonder to what extent the virus will spread thanks to the actions of citizens insisting on protecting their “freedom” over the right of others not to get sick .

Anti-lockdown protesters have argued that it is anti-American for the government to curtail people’s freedoms in order to reduce deaths as a result of Covid-19. Meanwhile, store owners tell customers what they can and cannot wear before entering, and customers cough in the faces of workers in the name of freedom.

“I work for Costco and I am asking this customer to put on a mask because that is company policy,” says a Costco employee in one video. “And I’m not doing it because I woke up in a free country,” replies the man filming him.

“A warped freedom obsession is killing us,” said writer Anand Giridharadas, in reference to those coughing in the faces of others in the name of freedom. It is, of course, a minority of people willfully misinterpreting what freedom means – freedom to choose, until the choice is one that they do not like; meanwhile, most Americans don’t want to return to business as usual during this pandemic.

In Franklin D Roosevelt’s famous 1941 Four Freedoms speech, he detailed that, yes, Americans are owed a right to freedom of speech and expression and to worship whom they please – but he also mentioned the freedom from fear. This was in the context of the US joining forces with Britain in the second world war; Roosevelt was telling Americans that this was a fight for freedom. As America finds itself at war with a deadly pandemic, that’s a message worth considering.

“This is not justice”: Supreme Court liberals strike at Trump’s federal executions | Law

Election misinformation fell by 73% after Trump’s removal from Twitter: polls

What actions Joe Biden plans to take on the first day of his term: NPR