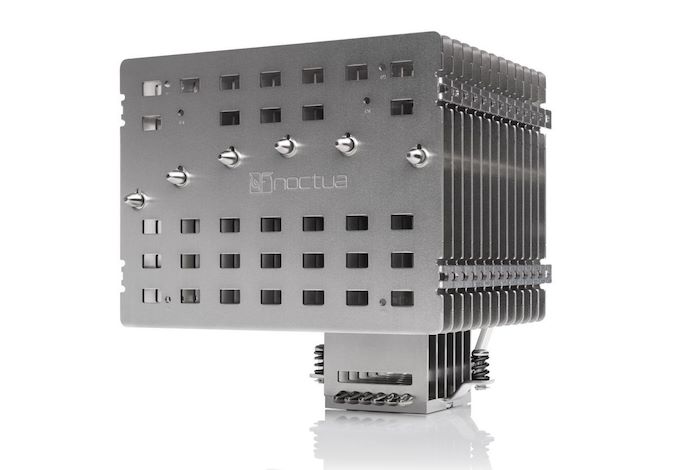 As early as Computex 2019, when we visited Noctua at its stand, we saw a conceptual CPU heatsink, a monolith, with a passive design. In many circles, including fans of silent and passively cooled systems, this is a long-awaited announcement, and although there is still nothing official from Noctua, the new NH-P1 has been spotted on FanlessTech’s Newegg list.

The Noctua NH-P1 features a completely valveless design and although there is still no official word on its TDP rating, we saw the Computex 2019 concept cooler that keeps the Intel Core i9-9900K cooled in a test system. For reference, the 9900K has a PL1 rating of 95 W and a PL2 rating of 210 W, so we know that it has serious cooling potential for a passive cooler.

As with other CPU coolers Noctua, it includes its SecuFirm2 + mounting system, which is compatible with Intel’s LGA1200, LGA115x and LGA1200xx sockets, and also allows support for AMD’s AM4, AM3 +, AM3, AM2 and FM2 sockets. Currently, the finer specifics of the design are unclear, but Noctua comes with a tube of its latest thermostat NT-H2, as well as a limited six-year warranty. Noctua does not recommend overclocking due to the limited cooling properties of the passive design, but it can also be used with Noctua fans, with ducts that allow users to add fans with their retaining brackets.

At the time of writing, Newegg removed the list from its website, which means it could have fired the gun, but we expect the Noctua NH-P1 to be announced immediately. Newegg’s list included the $ 100 Noctua NH-P1, which means it won’t be cheap, but it’s aimed at a niche market.