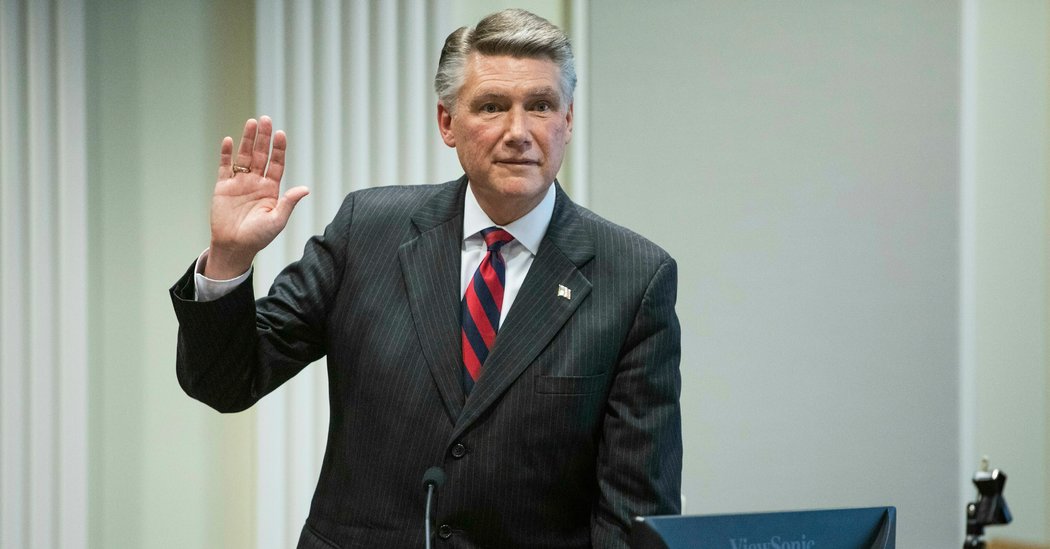 RALEIGH, NC – Mark Harris, the Republican candidate for a North Carolina congress, whose campaign is at the center of a fraud investigation, has called for new elections Thursday.

"I think it should be called a new election," Mr Harris told the US North Carolina Electoral Council on Thursday, the fourth day of the hearing, in which allegations of an illegal election operation were considered.

"It became clear to me that the public's confidence in the ninth area of ​​the general election was undermined to the extent that the new elections were justified," Mr Harris said at the hearing hall in the capital of North Carolina.

The State Council did not immediately pronounce on Mr Harris' request, but the five-party panel is now almost certain that it will order new elections. It is unclear whether Mr. Harris, a Charlotte pastor who had a 905-strong vote over his Democratic rival, Dan McCready, will run again for the Congress seat

Mr. Harris's announcement on Thursday afternoon was a sharp collapse of the Republicans' efforts to prevent a new vote in the area that includes part of Charlotte and passes through much of South East North Carolina.

But days of testimony, including some from Mr Harris, on Thursday morning, clearly led the Republican candidate to conclude that the new vote was appropriate. Thus, Mr Harris has effectively acknowledged that L. Makray Dawson Jr, a contractor he has personally hired, and a network of employees have compromised the integrity of the vote. According to testimonies this week, workers collected ballot papers – a violation of state law – and sometimes filled them out or signed as witnesses when they did not really have reason to do so.

Fearless, who is not accused of any crime, refused to give testimony to the state council.

This is a story that unfolds. Please check again for updates.