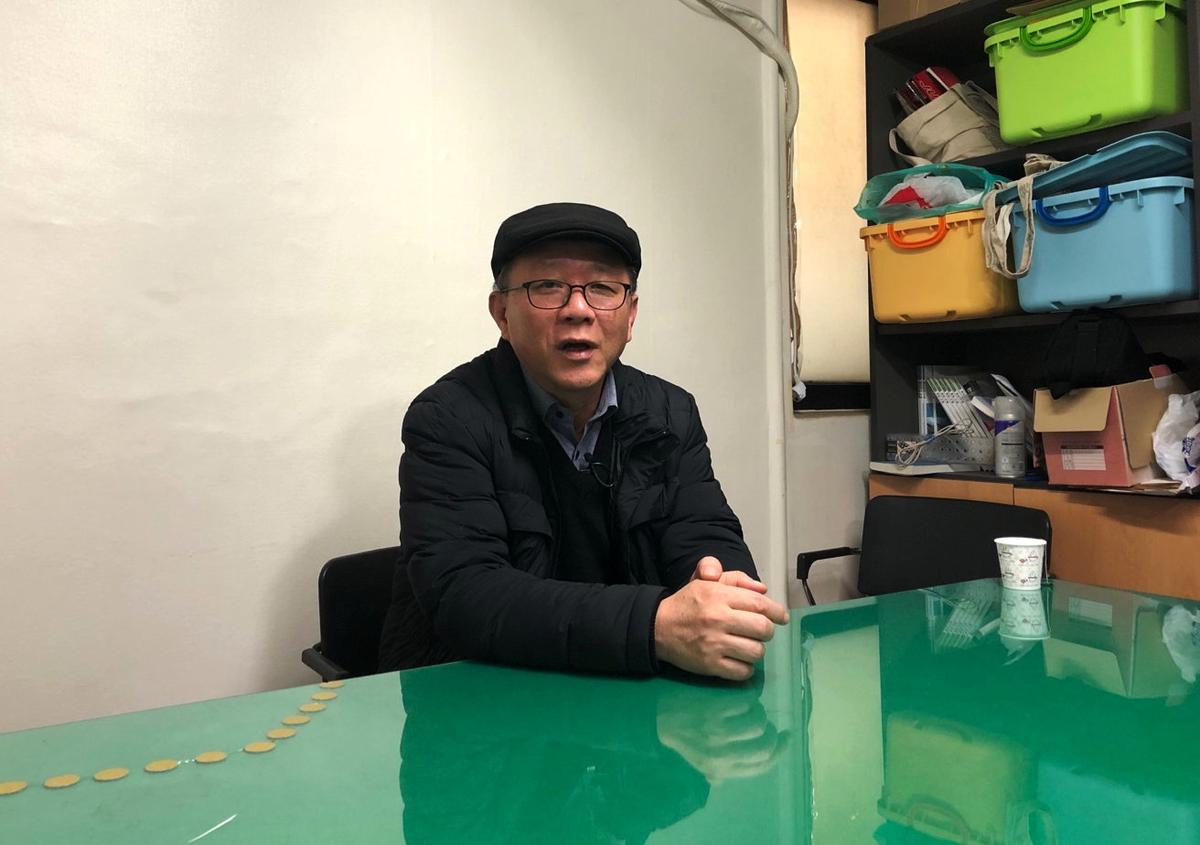 SEOUL (Reuters) – In January, thousands of North Korean students traveled to Mount Paektu, a sacred mountain where the ruling Kim Jong Un is building a massive economic hub in the alpine town of Samjiyon.

It is one of the largest construction initiatives Kim has launched, part of his campaign for a "self-reliant economy" even as he seeks to convince the United States President Donald Trump to lift economic sanctions at their second summit later this month.

Kim has visited Samjiyon, near the Chinese border, at least five times for inspections over the past year.

He envisages a "socialist utopia" with new apartments, hotels, and ski resorts and commercial, cultural and medical facilities by late 2020, barely four years after Kim ordered the modernization of the "sacred land of the revolution".

North Korean defectors and human rights activists say such mass mobilizations amount to "slave labor" disguised as loyalty to Kim and the ruling Workers' Party. Young laborers are not paid, they are forced to work more than 1

2 hours a day for up to 10 years in return for better opportunities to enter a university or join the all-powerful Workers' Party.

But as private markets boom and more people cherish financial stability over political standing, the regime has been struggling to recruit young laborers in recent years, they say.

"Nobody would go there if you did not want a party membership or education, which helps you get a better job. But these days, you can make a lot more money from the markets, "said Cho Chung-hui, a defector and former laborer.

"Loyalty is the bedrock of brigades but what do you expect from people who know the taste of money?"

Last year, he shifted his focus on the economy, saying people's well-being was a top priority.

Samjiyon is at the center of his new economic initiative, touted as a "model of a modern mountainous city to be the envy of the world," alongside an ongoing project to create a tourist hotspot in the coastal city of Wonsan . here

The labor units, called dolgyeokdae or youth brigades, were created by Kim's late grandfather Kim Il Sung to build railways, roads, electricity networks and other infrastructure projects after the Korean Peninsula was liberated from Japan's 1910-45 occupation.

"How did Kim rally manpower and resources for so many big construction programs despite sanctions? It's simple – whatever you need, suck it out of the people, "said Kwon Eun-kyoung, director of the group, who interviewed more than 40 former brigade members.

North Korean state media has been running a series of articles over the past month appealing to young people to dedicate their "boiling blood of youth" to renovate Samjiyon, while Kim has expressed his gratitude to those who sent construction materials and supplies.

Articles and photos show bottles, shoes, blankets and biscuits in boxes to be delivered to Samjiyon.

The state provides a limited amount of materials including cement and iron bars, leaving brigades to bring gravel and sand from the banks themselves, Cho and Kwon said.

Last month, the official Rodong Sinmun newspaper said thousands of university students produced 100-meter high piles of gravel by crushing rocks with nothing but hand tools on their first day alone. It likened the feat to the efforts of forefathers who fought against Japanese imperial forces during World War II.

"The weather was so cold the rice was like ice cubes, but we did not want to waste a single precious second heating it up. I thought of our anti-Japan revolutionary martyrs while chewing frozen rice, "the article quoted one student's diary.

State media often exaggerates the loyalty commitments of the citizens towards the leaders as part of their efforts to craft a personality cult around them.

But Cho, the defector, said the reports were "far from reality," and most workers would not even get a safety helmet, and labor conditions were so hostile that many fled away.

The untrained workers, together with the military, provide most of the construction labor essential to accomplish Kim's pet economic projects.

But mounting public resistance to the mobilization of free labor and supplies may spell trouble for Kim's ambition to transform Samjiyon, defectors and observers say.

Cho said authorities offered him membership and college entrance if he gave three years service to the brigades. The commitment eventually stretched to eight years before he received the suggested rewards in 1987.

Not all promises are kept. Lee Oui-ryok, 29, said he had fled a brigade he had served for three years from age 17 and came to the South in 2010 after realizing he would never be allowed to join the party due to his background.

In addition, human rights abuses of brigade members are rampant, prompting many to escape or injure themselves to be discharged, said Cho, who defected to the South in 2011 and is now an economist in Seoul.

Nowadays, those who have money exempt themselves from service by sending supplies, paying someone else to fulfill duty, or bribing brigade leaders to turn a blind eye, Cho and Kwon said.

Most new labor unit members are among the most underprivileged households and harbor ill feelings about the system and its growing inequality, said Phil Robertson, deputy Asia director at Human Rights Watch.

"They will push out the propaganda claims about these projects and the love of Kim Jong," said Robertson. "They are motivating people to work, but reality is punishments waiting for those who refuse.

"It's usually the poorest denizens in the area who have few connections and can not afford to pay bribes – so they are the ones being targeted."

The North Korean Mission to the United Nations in New York did not respond to a request for comment.

In late 2017, the U.S. The State Department described the mass mobilization of forced labor as one of the human rights abuses underwriting the North Korea's weapons program. It blacklisted seven individuals and three entities, including two construction agencies.

The rise of markets and the growing public resentment towards forced labor have eroded the quality of labor at most brigades nationwide, defectors say.

Cho Choung-hui, a North Korean defector and economist at the Northern Studies Society, poses for photographs during an interview with Reuters in Seoul, South Korea, February 15, 2019. REUTERS / Shin Hyon-hee

Kang Mi -jin, and a defector who regularly speaks with North Koreans for the daily NK website defector-run, said some construction work at Samjiyon was temporarily halted last month due to safety problems.

"It's inconceivable for North Korea to complete such a large project without these brigades, but there's no way they have the full labor force they need, which is why they're trying to mobilize more through state media," Cho said.

"But they would only continue to see more people run away and more cracks in buildings. That's the reality. "