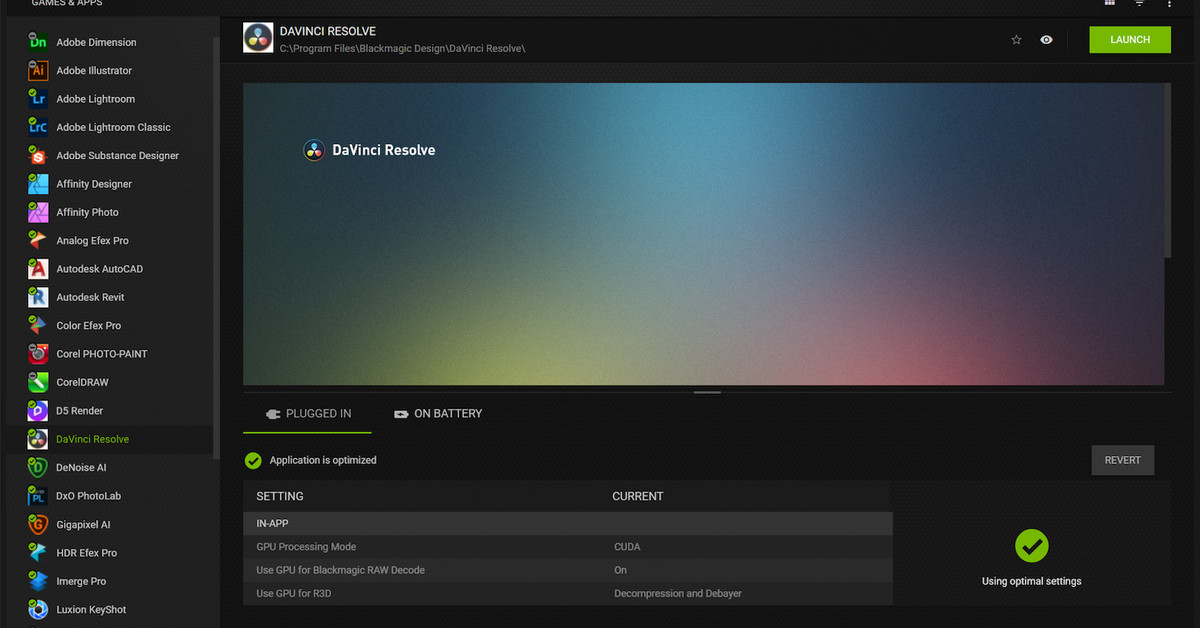 For example, DaVinci Resolve users can automatically optimize GPU acceleration settings in various modes that may or may not have been enabled. The idea is that GeForce Experience can now be a central hub for creative applications to help you maximize productivity. Nvidia isn̵

7;t doing anything specific here to actually improve app performance – although it’s launching a new Studio Driver for creative software today – it’s just a convenient way to make sure you’ve set them up in the best possible way.
Nvidia is focusing further on the creators

GeForce Experience is an application for Nvidia GPU owners that is typically associated with game-related functionality. For example, Nvidia launches “Game Ready Drivers” through GeForce Experience, which optimizes new games for its GPUs, and the application can serve as a starter for these games.

With this move, the software further expands its focus to reach creative users, which is an area that Nvidia continues to focus on. Earlier today, the company announced that its RTX audio noise cancellation feature will be directly integrated into the Open Broadcaster (OBS) software, popular streaming software.