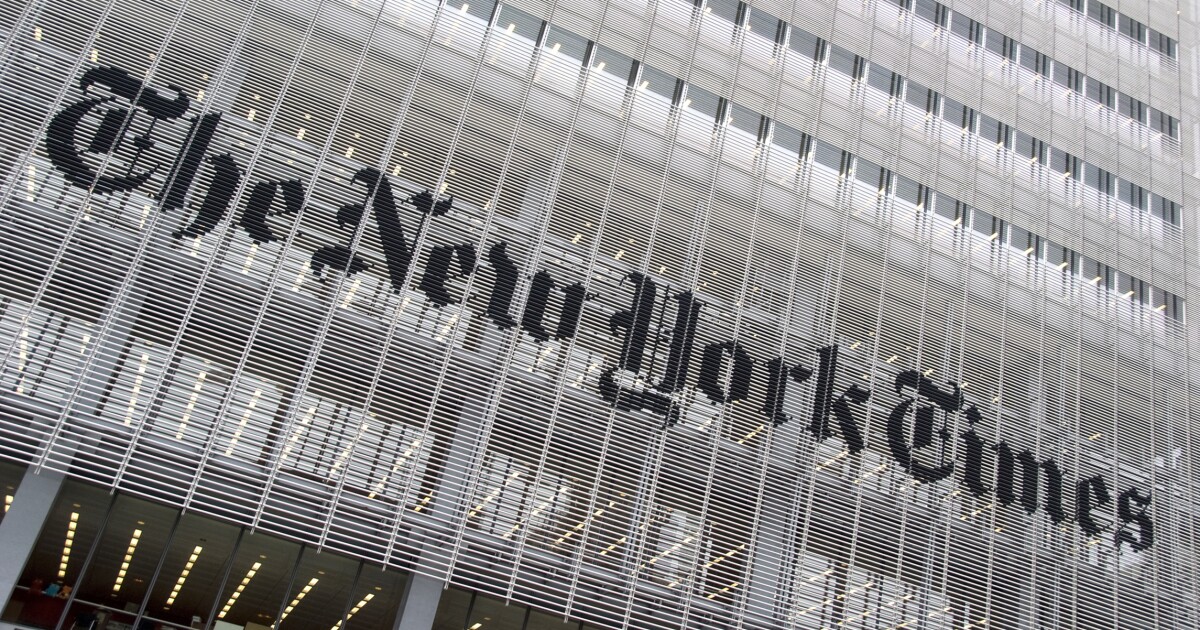 Supreme Court Justice Bret Cavanau allegedly asked reporters the New York Times to lie to their readers. At least, this is a story that some journalists have retold following the reports of Times Robin Pogrebin and Kate Kelly's appearance on Wednesday night at the National Press.

As with all things related to Cavanaugh, it would be wise to accept this new statement with a very very large grain of salt.

The National Press Club event that hosted the benefit of promoting Pogrebin and Kelly's new book, Brett Cavanaugh's Education, included a time when the moderator specifically requested the efforts of reporters to gather information about conservative justice: "Have you talked to Justice Cavanaugh? "

" We were on our way to Washington to talk to him, "Pogrebin said. "Finally, we had arranged for an interview. In the end, we couldn't agree on the conditions we felt comfortable with. So, we didn't, unfortunately.

She went on, explaining: "We were discussing whether to talk about it, but this is what it is: He wanted to say that we did not talk to him. . ”

Their audience responded with an audible sigh.

"We even went to negotiate the phrase of this. We were even ready to say anything, not to say who we were talking about, "Pogrebin added. "Not to mention our sources. But he wanted a line there, uh, saying "we're not," and we thought we'd mislead our readers into a book about it ̵

1; that a lot of things deal with truth issues probably wouldn't be a good step forward. "[19659002] That sounds an awful lot like a terribly misleading characteristic of the type of back-and-forth broadcast that is regularly conducted between journalists and sources who want to remain either unrecorded or" in the background. "

Pogrebin repeated herself, again telling the audience: "He said we should have a line there, saying we weren't talking to him."

The moderator, Alison Fitzgerald Kojak of National Public Radio, was involved, to clarify for the Reporter reporter, "[Kavanaugh] refused to be interviewed … as a condition of interview."

The trusted Huffington Post published a caption that read, " NYT Reporters say Kavanaugh asked them to exchange for an interview."

"Okay, so he tried to get reporters to lie to him. So, it's not like he was lying under oath to big and small things in front of millions of people …", characterizes the equally trusting policy reporter of Huffington Post by Jennifer Bender .

] Kozak himself said in a widespread tweet "Brett Cavanaugh agreed to speak with @katekelly and @rpogrebin about their book – If they write that they have not talked to him. The authors who told the story tonight @PressClubDC refused and walked away from the interview. "

Brett Cavanaugh agreed to speak with @katekelly and @rpogrebin about their book – If they wrote that they had not spoken to him. The authors who told the story tonight @PressClubDC refused and walked away from the interview.

On Thursday, in a follow-up interview with Hill Krisstal Ball and Saagar Enjeti, Pogrebin and Kelly told the story of trying to launch an interview with Cavanaugh. They told mostly about the same version of events. But not quite.

She added, "Unfortunately, they wanted a line in what he actually said he declined to comment on and we think that would mislead readers. "

Kelly said in agreement," They asked us to say affirmative Justice Cavanaugh refused to be interviewed for the book even if we had talked to him outside the record. "

Did you notice that? It's a small thing, but still For several hours, Pogrebin and Kelly went from talking about to only Cavanagh to claiming that the request came from Cavan augh and his representatives, or maybe just his representatives?

None of what Pogrebin and Kelly claim this week appears in their book They claim the difficult nature of their discussions with the Supreme Court justice, coupled with the fact that the talks broke up so close to the time of publication that they eventually preferred to omit the whole story from their book.

did that story just end in bunkum? Pogrebin and Kelly are already poorly resold portions of their book, while co-authoring an essay on Sunday's Times & # 39; section that missed key supporting details regarding one of the allegations against Cavanaugh. Only a fool will continue to accept their explosive claims at face value.

Finally, it is a little difficult to swallow the idea that a person who has served both as White House secretary and as a judge in the United States, and later became a target of intense and often unethical media scrutiny, personally will ask The Times reporters are lying on his behalf, trusting them to keep him under their hat. It requires an act of such incredible stupidity that it can be trusted only if the people who claim to be able to produce receipts. Until then, work with caution.